Police have ended their search for Tracy Ann Lewis, 31, who went missing on March 9 near Ocean Shores, Washington

Police have ended their search for a missing Utah woman who left a note in her car saying ‘please don’t try to find me. – Goodnight’.

She left a note saying she intended to leave to find herself without ‘anyone pulling her back’ according to police.

Police conclude she doesn’t want to be found after a search of her car found a note that said ‘I know you’ll want to, but please don’t try to find me. – Goodnight.’

‘At this point, it appears that Tracy Lewis left of her own accord,’ police said in a news release.

Alarm was raised after Lewis suddenly went missing after a family reunion in Disneyland in California at the end of February.

Lewis, who was driving alone, had planned to head up the West Coast with stops in San Francisco and Portland, before returning home to Utah.

However she was last seen on surveillance tape at a Morning Glory hotel in Ocean Shores, Washington on March 9. 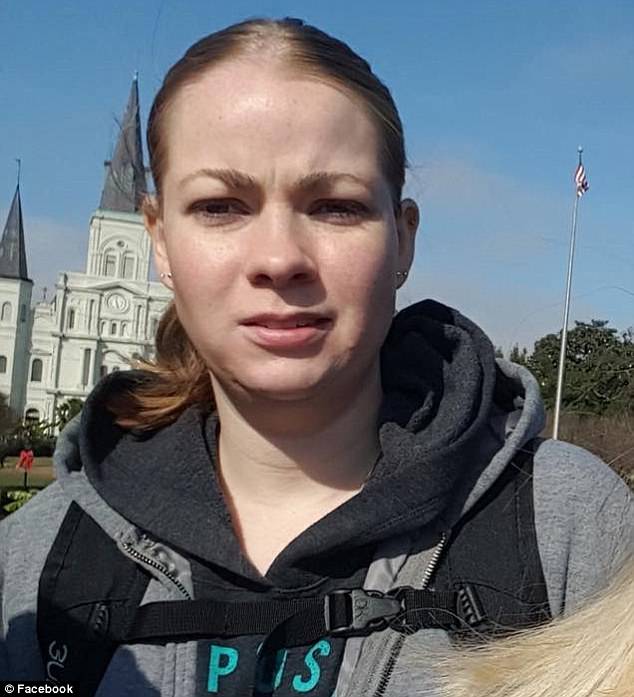 Lewis, above, left notes in her abandoned car warning authorities not bother searching for her 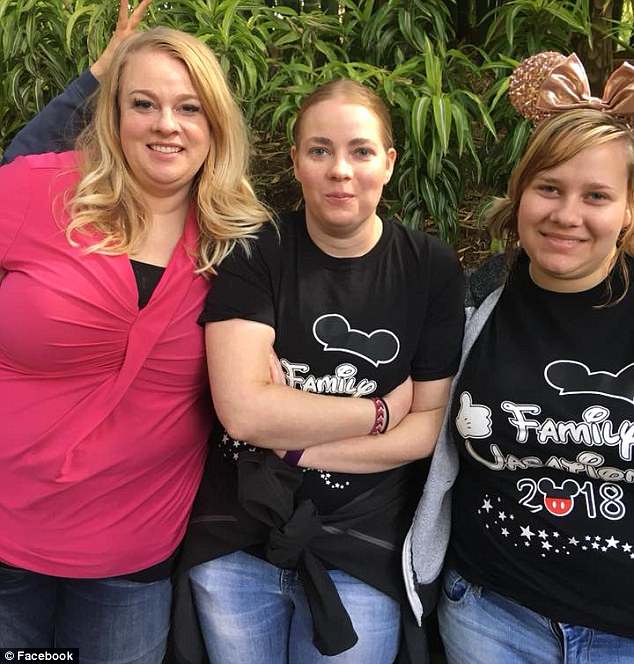 Lewis, pictured center, had just celebrated a family reunion at Disneyland in California before embarking on a solo road trip to stop in San Francisco and Portland when she went missing

She was later spotted walking on Ocean Shores Boulevard NW before she disappeared without a trace.

Police have closed the investigation after determining she wanted to go missing.

A notebook found in her abandoned car in the hotel parking lot found the message ‘And this isn’t goodbye forever. This is just goodbye for right now,’ according to KomoNews.

The car was found thanks to a tracker her parents asked her to place in her vehicle for her solo roadtrip.

Her parents describe her as a neat person, and were alarmed to find her abandoned car in a state of disarray. 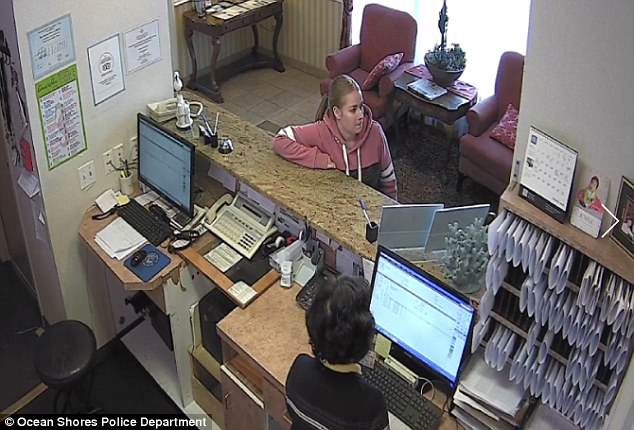 Police found footage of her at the Morning Glory hotel in Ocean Shores, Washington on March 9 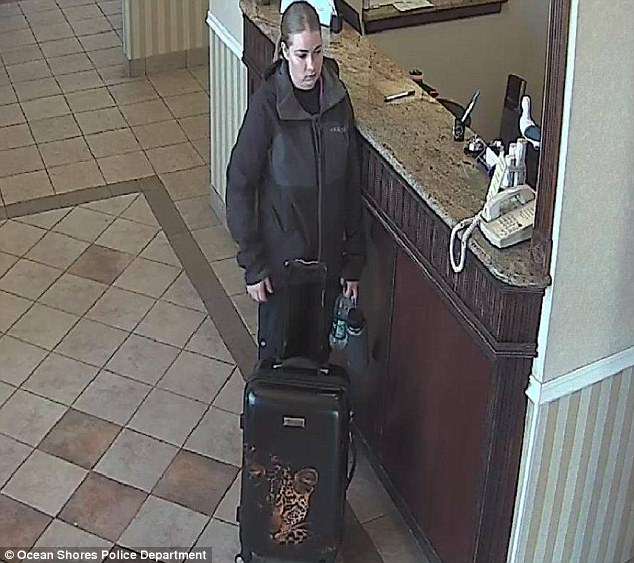 Surveillance footage at the hotel spotted Lewis in a black outfit with her suitcase. After she left the hotel she disappeared without a trace

‘She’s a very meticulous person, has to have things very neat but the state of the back of the car, her belongings that were in her duffle bags were thrown about,’ her mother Sheila Lewis said to Fox13.

She was officially reported missing on March 17, launching a police search of nearby woods and dunes.

Grays Harbor Transit searched their video archives to see if there was evidence of Lewis on a bus, but police reported no such footage was found.

She took with her just a wallet, backpack and a few personal items. 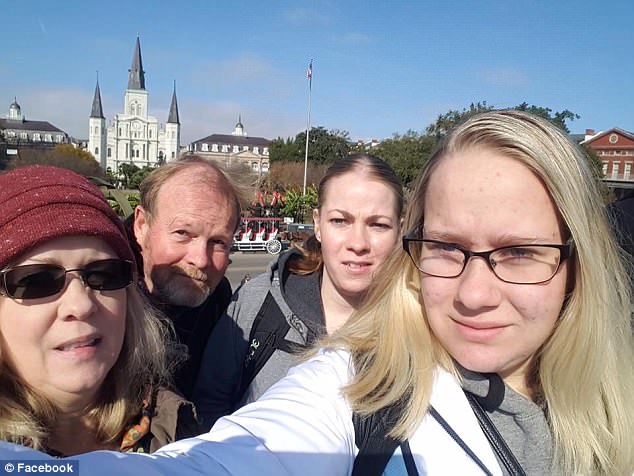 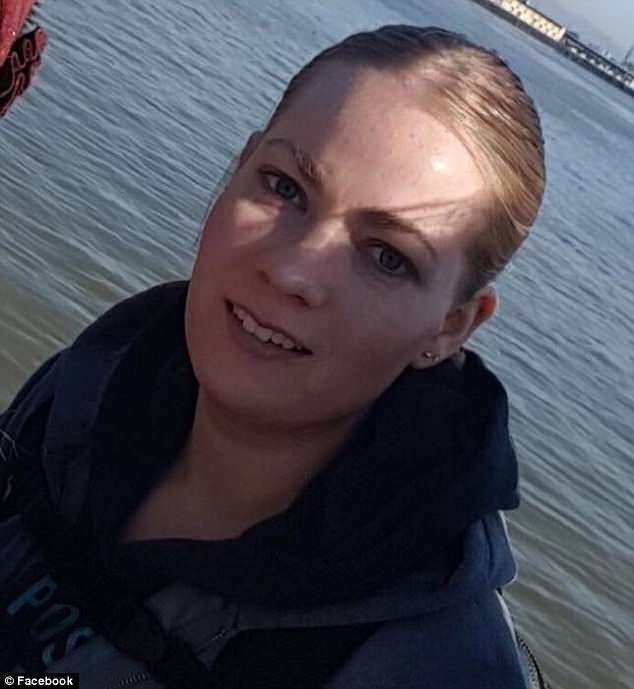 ‘She is still listed in the National Crime Information Center computer system as a missing person, so her welfare can be checked. Other than that, the Ocean Shores PD case is inactive at this time. The family has been notified of this, and they understand that no further investigation is warranted at this time,’ the police added in a statement Thursday.

But this isn’t the first time Lewis has stirred alarm, she also went missing for two weeks in 2015.

When she returned home she gave no explanation for her abrupt departure.

She is still considered a missing person and is listed on the national database.

Police have ruled out foul play and that she is suicidal, according to KJZZ.

Lewis’ family is pleading to know if she is safe.

Lewis is described as 5’5”, weighing 125 pounds, with blonde hair and blue eyes.