Detectives investigating the brazen killing of a Sydney lawyer expect more arrests after a pregnant mother-of-four and a globetrotting alleged hitman were charged with murder.

‘He’s still there, tall and skinny, and loves me more than he can say,’ Ngu Thu Huong said, posting the final photograph that her husband snapped – a picture of his family on the beach at sunset.

Ho Ledinh’s wife (centre) Ngo Thu Huong posted a tribute to her husband recently, saying: ‘He’s still there, tall and skinny, and loves me more than he can say’ 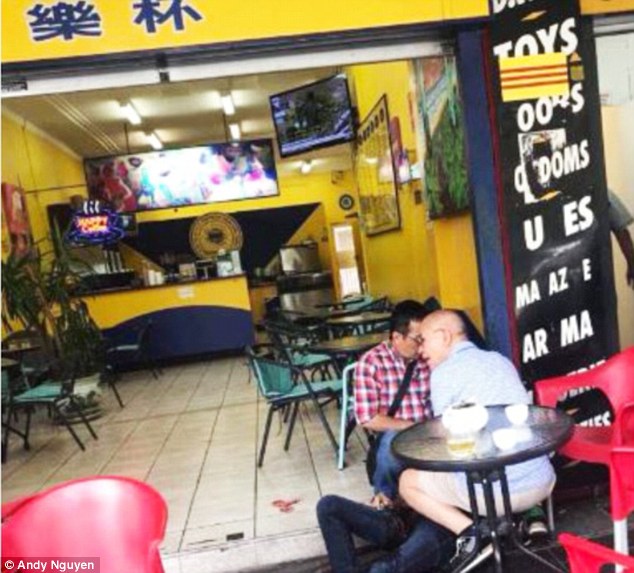 Scene of the crime: Ho Ledinh, 65, is seen (on ground) in a witness photo just after he was gunned down at the Happy Cup cafe in Bankstown

Mr Ledinh was holding a meeting about 3.30pm on Tuesday, January 22 when he was shot four times in the stomach. He died at the scene.

The gunman, who police allege was Kelekolio, wore a green top and was seen on security vision throwing a water bottle into a bin prior to the killing.

Police alleged in court documents that Ah Keni watched as Kelekolio was given his outfit and drink bottle prior to the shooting.

Ah Keni is alleged to have driven past the cafe less than an hour before the shooting and is also accused of driving the getaway van the killer escaped in afterward. 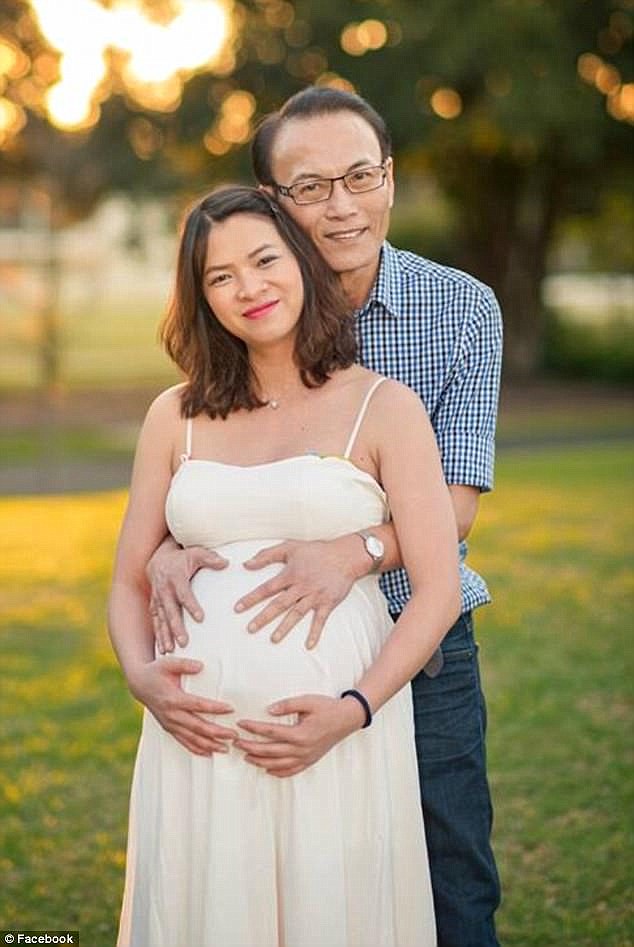 Ho Ledinh with his wife, Huong, prior to the birth of one of the couple’s three young children 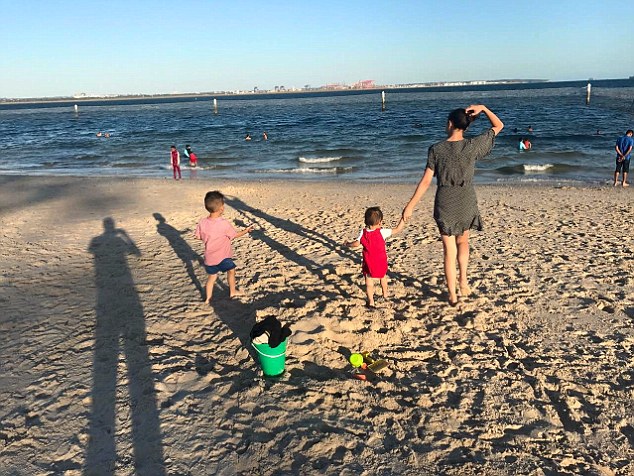 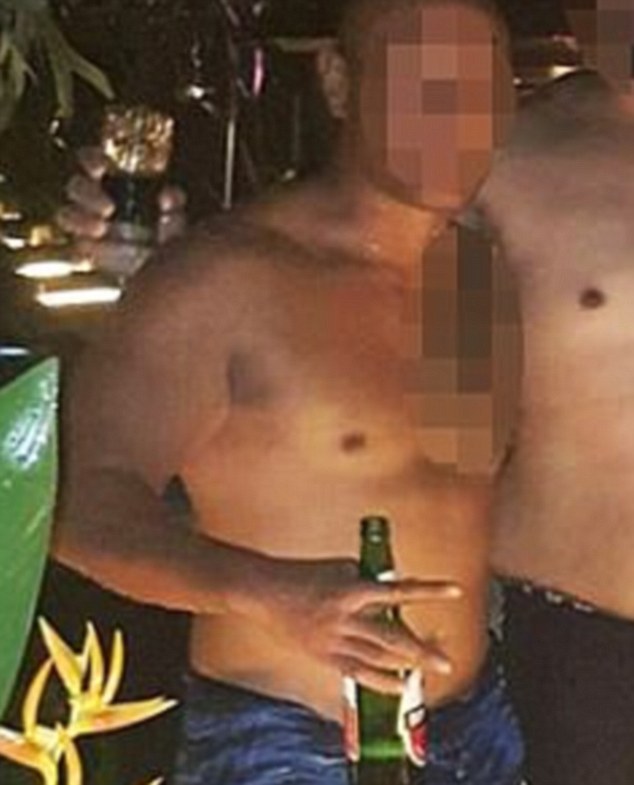 Arthur Kelekolio (left and right) has been charged with Ho Ledinh’s murder, with police alleging he was the gunman responsible for the criminal lawyer’s brazen execution 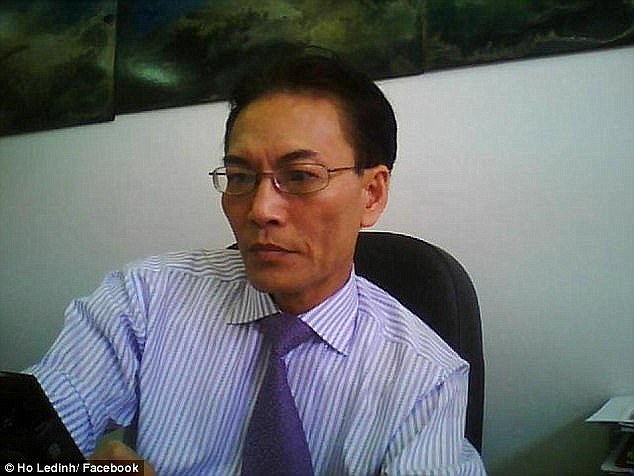 Cops swooped on Kelekolio at Sydney Airport when he checked in for a one-way flight to Bali about 10am on February 13, a statement at the time of his arrest said.

He had holidayed on the Indonesian island last year.

One local said police visited the family townhouse ‘a month or two ago’. Another family had since moved into the property.

The documents said she was planning to leave Australia. Police stopped her car at Marulan, on the Hume Highway, on March 8, and arrested her. 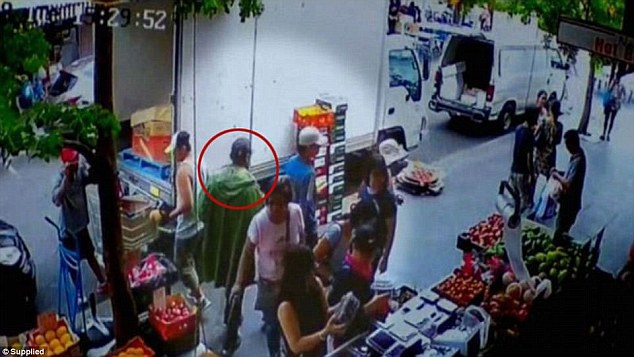 Investigators have examined the criminal lawyer’s underworld connections for a murder motive.

At least one former associate of Mr Ledinh told investigators a different theory – that his strident anti-communist views could have made him a target of sinister forces.

Ah Keni did not apply for bail and it was formally refused. She will appear in court on the afternoon March 28 for a release application.

Kelekolio is also on remand to return to court on April 11. 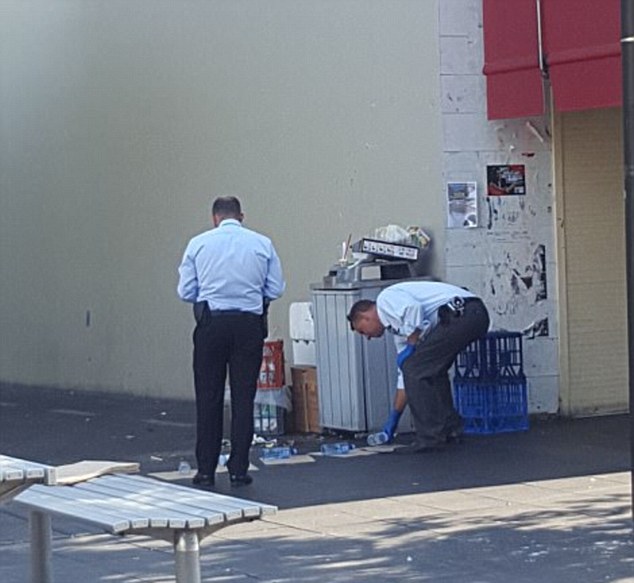 Friends have pitched in to help with the couple’s three young children, she said, and she may leave New South Wales in the future to live with family friends.

‘She loved her husband so much,’ Ms Vo said.