The Mail on Sunday revealed last weekend how ‘Cali’ cannabis was being openly sold at the Rich Nerdz and The Den cafes in East London.

Our investigators’ hidden cameras caught staff selling the drug – priced at between £30 and £40 per gram – and provided details of the premises in Shoreditch and Limehouse to the Metropolitan Police.

Last week, our reporters visited two cafes in London and found both doing a brisk trade. Rich Nerdz, in Shoreditch, East London, served one of our reporters some cannabis

Despite this, both cafes appeared to be operating with impunity on Thursday and Friday.

The inaction will deepen public concern that police have simply surrendered the battle against cannabis.

The Met, which has not requested access to the undercover footage, said last night: ‘Officers from the Central East Command Unit are aware of a number of “cannabis cafes” in East London. They are working alongside the local authority to take appropriate action.’ 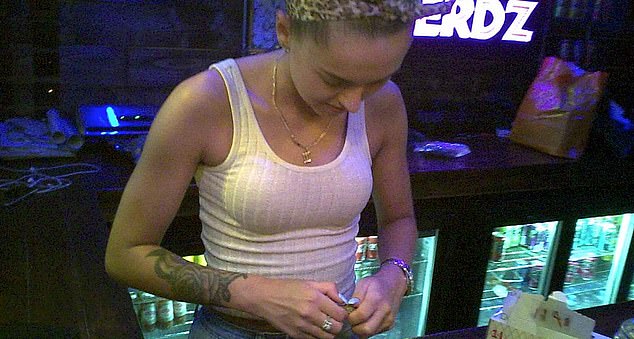 The bartender at Rich Nerdz is seen measuring out the cannabis. A menu offered a variety of strains including hybrid cannabis types such as ‘Gelato 41’, ‘Gusher’ and ‘Guava’ 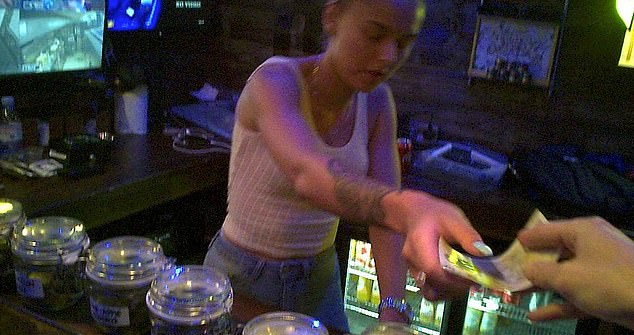 Our reporter offers the bartender some cash, which she accepts before handing over the cannabis. The reporter is then shown downstairs where users smoked spliffs, played computer games and chatted

On Thursday, two plainclothes officers wearing stab vests parked outside the Rich Nerdz cafe, but only so they could walk to a nearby takeaway to buy food.

The following evening, two bouncers stood outside the premises to check customers seeking access to the ‘speakeasy’-style cafe.

At The Den, located barely half a mile from Limehouse police station, customers ambled up to the entrance inside a railway arch.

In contrast to the police response, Instagram last week shut down the Rich Nerdz account, which had 12,000 followers, after being contacted by this newspaper.

After being tipped off about illegal activities in the cafes, our reporters used the Instagram account to be added to a guest list at Rich Nerdz. 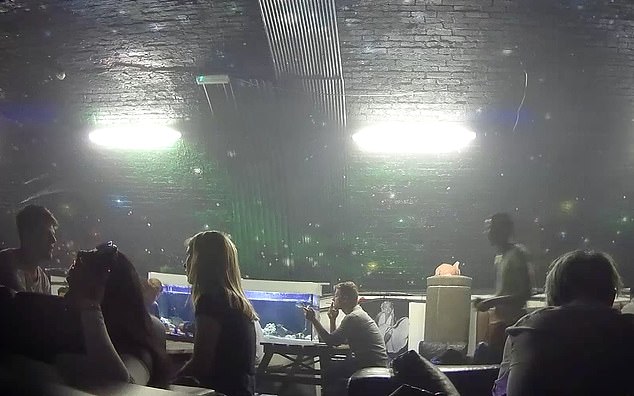 A second speakeasy-style cafe known as The Den (pictured) was found operating in Limehouse, East London. The venue, located under a railway arch, has the appearance of a large social club with about 50 people inside smoking cannabis at any one time 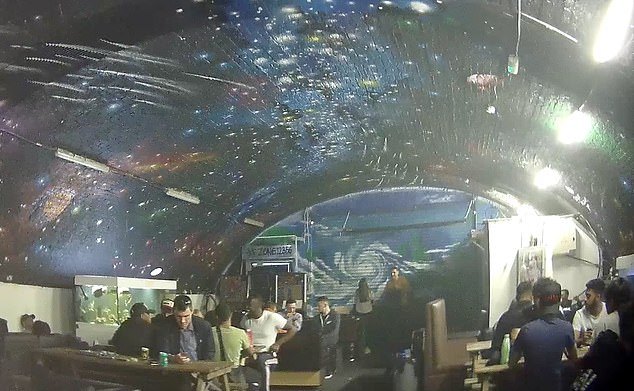 Our team was frisked before being shown into the plushly decorated interior, with a bar counter displaying cannabis pots, alongside soft drinks and snacks in fridges behind.

After following a series of cloak- and-dagger instructions, they gained access to the club – which is registered at Companies House – and saw groups of people smoking joints.

They later visited The Den, which can accommodate about 50 people.

Laboratory tests on the cannabis bought in both premises showed they contained THC, the psychoactive ingredient in cannabis, but no CBD, which moderates its effects.

‘Cali’ cannabis is typically made from hybrid strains with THC levels of up to 70 per cent, compared with 15 per cent in most varieties available in the UK.

It is illegal to sell cannabis substances containing THC. The maximum sentence for supplying the drug is 14 years in prison.

According to the most recent figures from Public Health England, cannabis was the cause of more than 25,000 new cases at treatment centres in 2017-18. 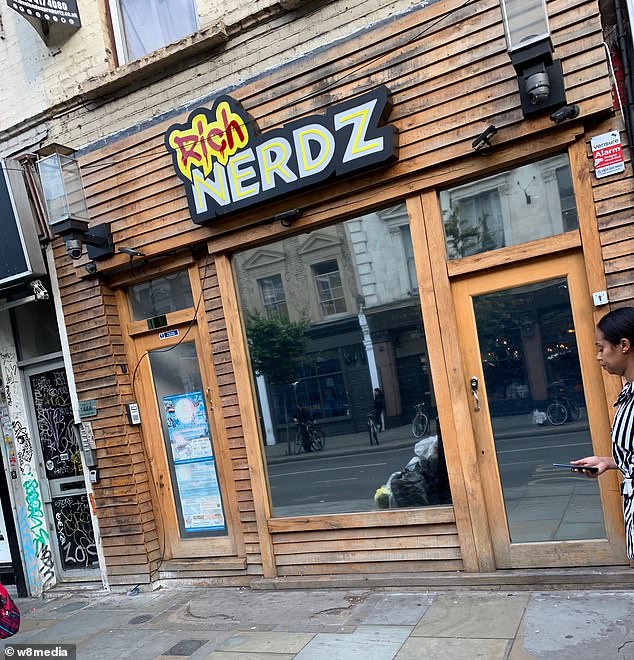 After being tipped off about illegal activities in the cafes, our reporters used the Instagram account to be added to a guest list at Rich Nerdz. After following a series of cloak- and-dagger instructions, they gained access to the club – which is registered at Companies House – and saw groups of people smoking joints