Police fatally shoot ex-sheriff’s deputy who ‘stabbed and beat to death his sister, mother, and man’

A former California sheriff’s deputy with a history of domestic violence was shot dead by authorities after he allegedly stabbed to death his mother, sister, and another man on Friday night.

David Gerald McNabb, 43, is alleged to have killed his sister, Nicole McNabb, 34; his mother, Melania McNabb, 64; and Carlos Echavarria, 63.

Echavarria lived inside the home in Orcutt, California where the killings took place, according to the Ventura County Star.

The alleged triple murder took place Friday night at a home in the gate community of Oakhill Estates in Orcutt, an unincorporated village of Santa Barbara County.

Sheriff’s deputies were dispatched at around 8pm to the 5900 block of Oakhill Drive, according to the San Luis Obispo Tribune.

Dispatchers were notified by a person who walked into the home and ‘found a bloody scene inside.’ 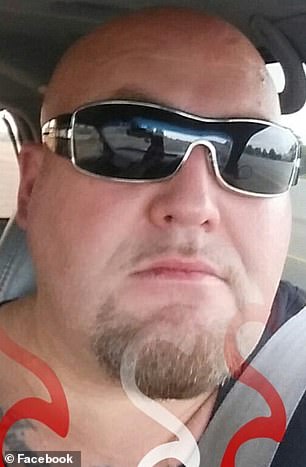 McNabb, 43, is alleged to have killed his sister, Nicole McNabb, 34; his mother, Melania McNabb, 64; and Carlos Echavarria, 63 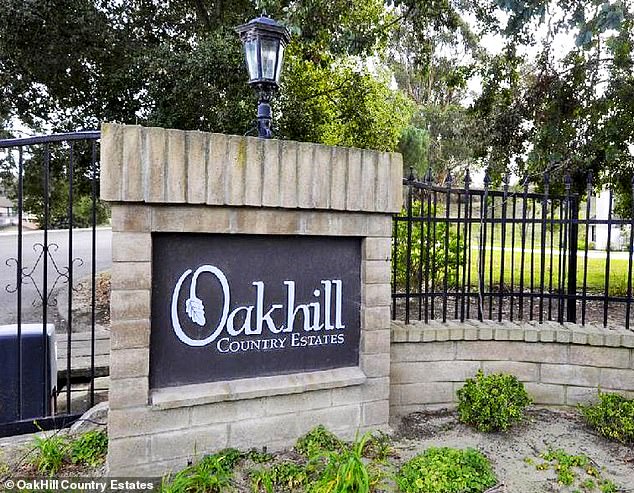 The four were living in the same home in the gated community of Oakhill Estates in Orcutt, California

‘She discovered a victim covered in blood in a bathtub, fled the residence and called for help,’ sheriff’s spokeswoman Kelly Hoover said.

When deputies arrived at the home, they concluded that there was a man inside armed with a rifle.

The deputies believed there were multiple wounded inside the home.

‘It became a situation where they needed to go in and rescue the people who were inside the home,’ Hoover said.

Hoover said that deputies made contact with the armed man inside the home.

It reached a point where the deputies ‘were in a position where they had to shoot the subject in order to subdue him.’

Deputies assigned to the Sheriff’s Special Enforcement Team stormed the home and ‘confronted’ the suspect. 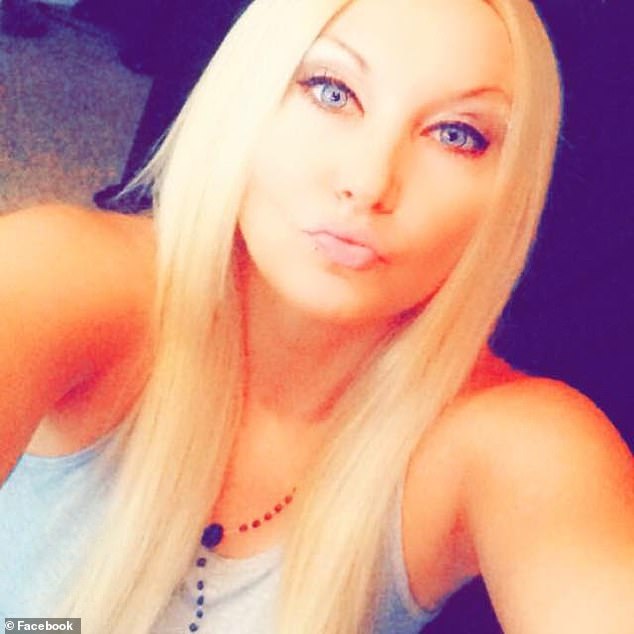 Nicole McNabb is pictured in the undated file photo above 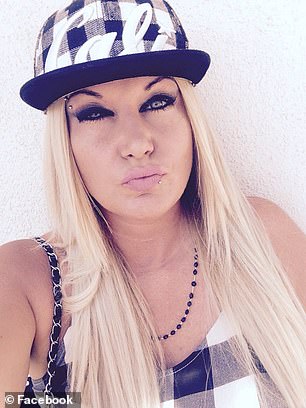 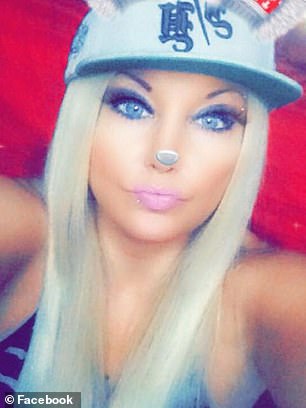 Nicole McNabb was living in the same home as her brother, mother, and another man, Echavarria, whose connection to the family is unclear

Hoover said that the suspect was ‘initially shot with less-lethal munitions, followed by the use of deadly force.’

The Sheriff’s Office is conducting a review of the case since this was an officer-involved shooting.

The man was then rushed to a local hospital and pronounced dead early Saturday morning.

The suspect, David McNabb, worked as a custody deputy for the Santa Barbara County Sheriff’s Office from July 2001 to March 2012.

He voluntarily resigned from that job, according to the Sheriff’s Office. 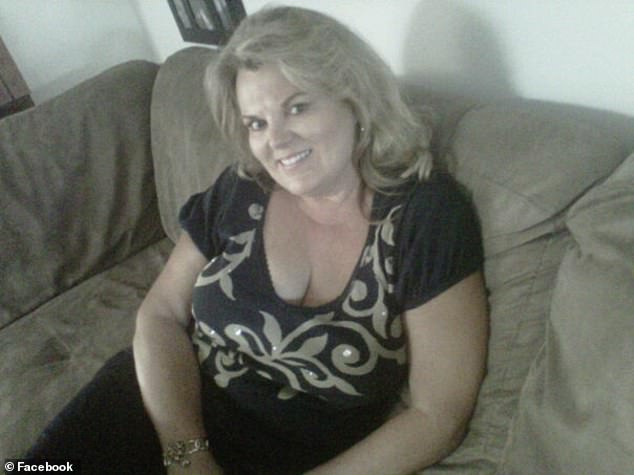 Melania McNabb, 64, is seen in the above undated file photo 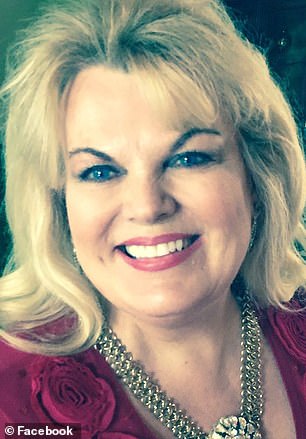 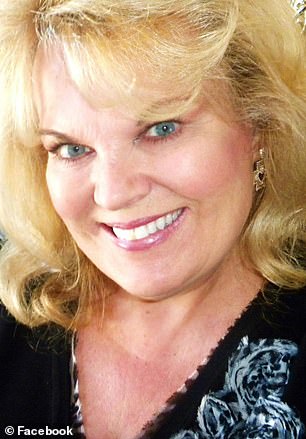 Police have yet to uncover a motive for the alleged killings. Melania McNabb is seen in the photos above

In September 2012, he was arrested by police in Oxnard and booked at Ventura County Jail.

In May 2014, he was convicted of felony domestic violence.

The three victims were found beaten and stabbed to death by the suspect, who also lived inside the home.

So far investigators have yet to establish a motive for the killings.

The person who reported the incident to 911 dispatchers escaped the home and was not harmed, according to investigators.

Authorities say this was an isolated incident and not indicative of any crime wave affecting the area.

‘This appears to be a situation where it was isolated to this residence,’ Hoover said. 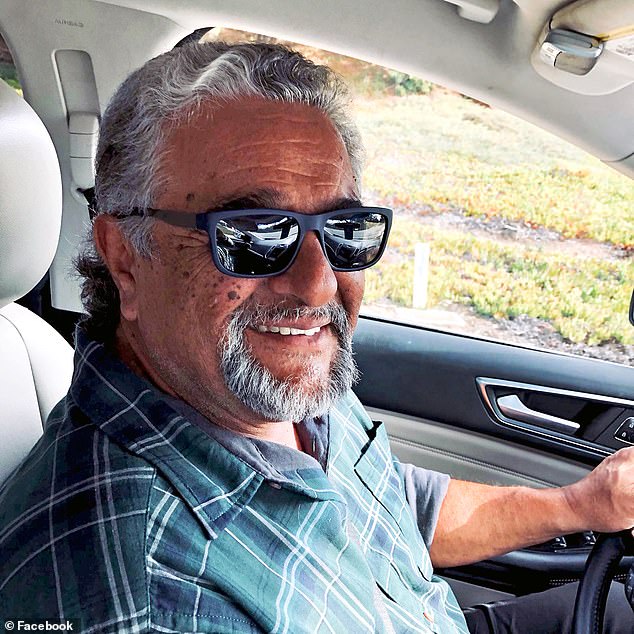 Echavarria, 63, is seen in the above photo. Echavarria lived inside the home in Orcutt, California where the killings took place

‘It’s still very early, but at this time and this point it appears to be a very tragic situation.’

While deputies were initially responding to the scene, authorities sent out an emergency text message to residents of the Oakhill Estates neighborhood to ‘shelter in place until further notice.’