Police find body in woodland in hunt for missing boy, 16, who vanished yesterday

Police searching for a missing 16-year-old boy found a body in woodland today.

Lucas Webb was last seen in the village of Barham, Canterbury, at around 1.30pm on Saturday.

His disappearance sparked a desperate search with more than 100 volunteers helping hunt for the missing teenager.

Police found a body in an area of woodland near the village today. Formal identification has not taken place yet, but the family of the 16-year-old have been informed.

Lucas Webb was last seen in the village of Barham, Canterbury, at around 1.30pm on Saturday

A spokesperson for Kent Police said: ‘Kent Police attended woodland near Barham at 11.30am on Sunday 13 December 2020, where the body of a boy was located.

‘He was pronounced deceased at the scene.

‘Formal identification has not yet taken place, however, the family of a 16-year-old boy who was reported missing on Saturday 12 December have been informed.

‘The death is not being treated as suspicious and a report is being prepared for the coroner.

‘Officers would like to thank all of those who responded to the appeal to locate him.’ 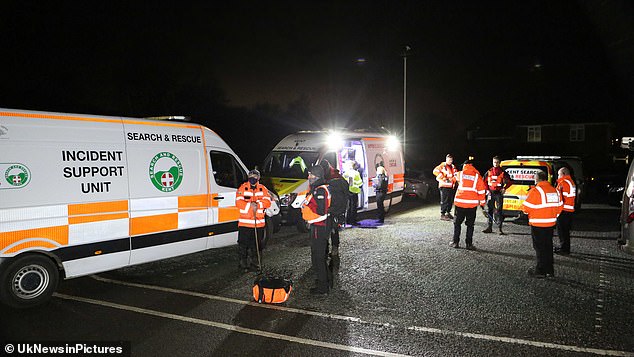