It has been a symbol of British law and order for more than 150 years.

But the policeman’s custodian helmet is – much like the bobby on the beat – at risk of vanishing altogether.

Officers’ hats could soon be replaced with baseball caps, in a bid to make officers more approachable to youngsters.

Gloucestershire Constabulary has thrown its weight behind the US-style headgear, known as a ‘bump hat’.

Gloucestershire Constabulary has thrown its weight behind the US-style headgear, known as a ‘bump hat’

The caps, which have a reinforced frame, are more lightweight than the helmets and allow officers to clamber in and out of vehicles without removing them.

But the new look has been ridiculed by some critics – who claim the caps make officers look more like Burger King workers.

Another force, Thames Valley, has already scrapped plans to roll out the caps after receiving complaints from the public and officers alike.

Northamptonshire ditched them last year on the grounds that they did not ‘portray the right image’.

But senior officers in Gloucestershire have embraced the new look – which could now spread elsewhere.

Sergeant Mark Burns said: ‘The bump helmets are far more practical. They don’t fall off and they offer more protection.’ 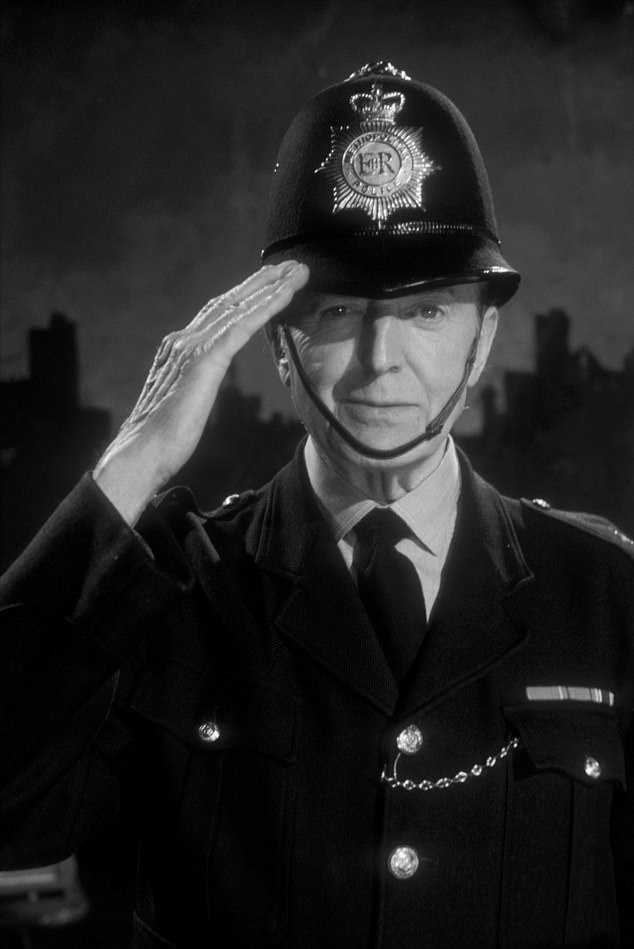 Jack Warner (George Dixon) in ‘Dixon of Dock Green’, whose greeting of ‘evening all’ in the BBC series would be frowned upon by modern forces

He said they made the police more approachable, but accepted there had been a ‘mixed response’.

Mike Harrison, of the Gloucestershire Police Federation, added: ‘There was a lot of debate initially and we did a trial period, but the feedback was very positive because they are more practical.

We have retained the traditional hat for ceremonial purposes but the caps will be worn for frontline operational duties and nobody has said to us they don’t wear them.’

The Cotswolds and Forest of Dean have also received deliveries of the cap, which will eventually be given to all their frontline officers. 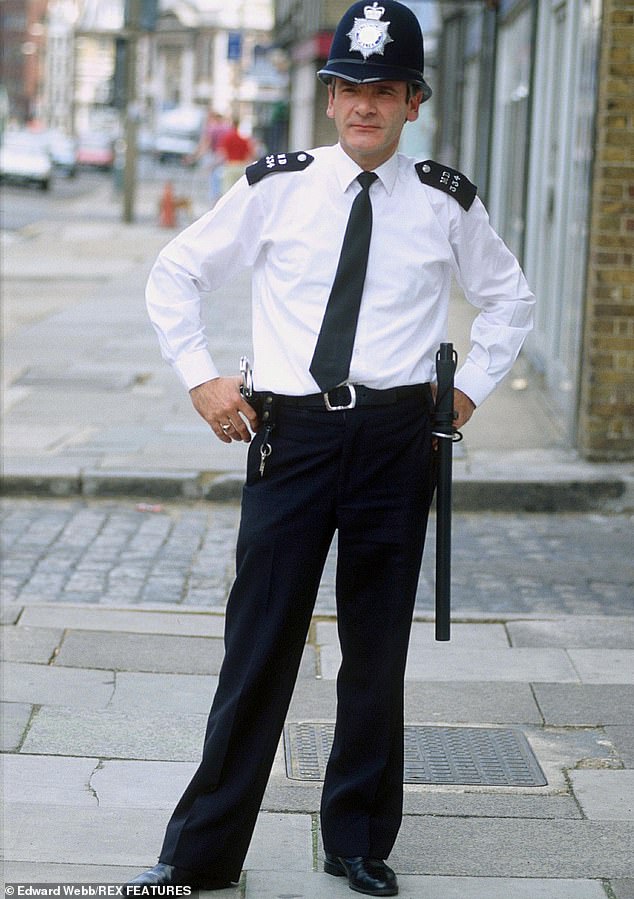 The custodian helmet – modelled on the spiked helmet worn by the Prussian army – replaced top hats, and was first worn by the Met Police in 1863.

A Gloucestershire Constabulary spokesman said it recognised the helmet as ‘an iconic element of our uniform’, but added: ‘We conducted a local survey and the 284 replies indicated a fairly even split, thought the largest percentage was in favour.’

Northamptonshire Police had hoped the caps would help to recruit new officers. The force, which claimed traditional helmets were ‘a barrier to the non-binary transgender community joining the service’, ended up scrapping them after just 18 months following a series of complaints.