Speeding during lockdown has become an unwelcome by-product of the Government’s fight against coronavirus.

With restrictions on who can and can’t drive being eased in recent weeks, the roads are starting to return to their usual traffic levels – meaning fewer empty highways for heavy-footed motorists to exploit and break the law.

And there have been plenty of cases of this – some reaching illegal speeds that will boggle your mind. These are the worst examples across England , Scotland and Wales so you can see the most ridiculous case of speeding in your region during lockdown.

Speed demons: The RAC asked police forces in England, Scotland and Wales to reveal the worst cases of speeding at the start of lockdown. Some 20 caught drivers travelling in excess of 100mph in the first 3 weeks

All forces were asked by the RAC to provide information about the worst speeding cases they had seen in the first three weeks of lockdown starting from 23 March.

Some 20 police forces said their worst offenders were captured travelling at speeds in excess of 100mph.

The worst speeder in the first three weeks of the lockdown was caught in West Yorkshire driving at 151mph on the M62 motorway – a shocking 81mph over the speed limit.

This was 11mph faster than the next fastest recorded which was 140mph on the A14 in Suffolk.

Five forces – Northamptonshire, Gwent, Staffordshire, Kent and Humberside – all caught motorists driving at speeds in excess of 130mph on the motorway and three others – Police Scotland, The Met and Lancashire – recorded drivers at speeds over 120mph.

The highest speed seen in Derbyshire Constabulary’s area, however, was particularly worrying as it was 108mph captured in a 40mph limit on the M1 – a frightening 68mph above the speed limit.

If you are reading this story on the Mail Online app and are unable to see the table above, please click this link to redirect to our website where you can see the results for each police force. 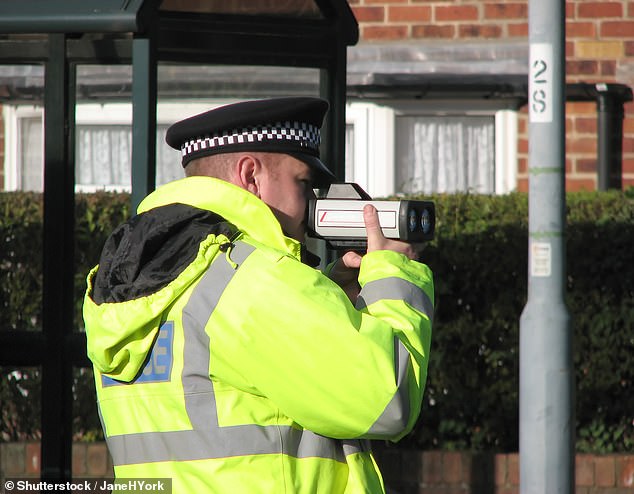 Of the 44 forces contacted, just 30 responded with figures. That suggests there could be other cases of extreme speeding not revealed by police

The only other force whose highest speed was in a 40mph limit was Bedfordshire – here the driver was clocked at 104mph on Airport Way in Luton.

Only three forces saw their worst speeding offences occur in 50mph limits, with South Wales Police recording by far the worst with a driver being caught at 108mph on the M4 at Port Talbot.

Four constabularies captured their worst speeding offences in 60mph limits with a driver in West Mercia snapped at 92mph on the M5 between junctions five and six.

While only one force – Durham Constabulary – caught their fastest speeder in a 30mph limit (44mph), nationally the first three weeks of the coronavirus lockdown still produced 17,363 speeding offences in 30mph limits compared to 40,497 in the same period in 2019.

Of the 44 police forces contacted by the RAC via a freedom of information request issued in April, 14 failed to respond.

That means there is the potential for even more shocking cases of speeding during lockdown that haven’t yet been revealed by constabularies.

Plenty of speeding has been caught on camera and shared on social media by forces as part of efforts to deter motorists from putting their foot down during the lockdown.

This includes footage of a driver recording himself reaching an extortionate indicated speed of 201mph in an Audi RS6 Avant – a high-performance estate car costing from around £90,000.

The video, showing the male motorists driving one handed while recording with a camera in his other hand, was filmed on the M23 in Sussex and shows the drivers blasting past other road users on the motorway.

The incident – brought to light in in the middle of last month, so outside of the three-week period covered by the RAC’s FOI request –  is currently under investigation, though Sussex Police is yet to confirm if they’ve identified and prosecuted the perpetrator. 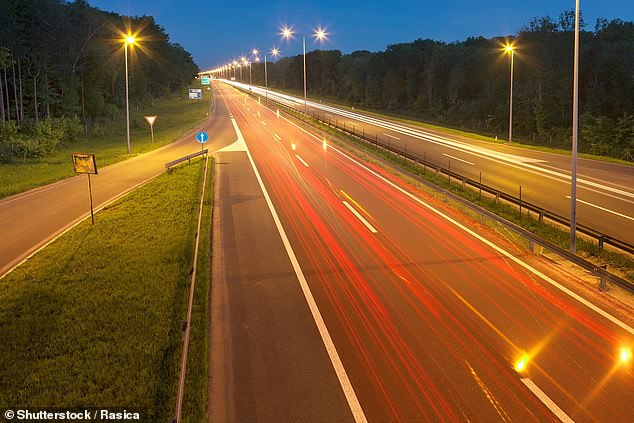 Commenting on the findings from its FOI request, RAC road safety spokesman Simon Williams said: ‘Some of the speeds police forces have caught drivers doing are truly shocking.

‘At such high speeds there is virtually no time to react should anything unexpected happen in front such as a car changing lanes at the last second or a vehicle having to brake suddenly.

‘Clearly, some drivers have taken advantage of quieter roads to speed excessively putting the lives of others at risk at the worst possible time, but at the same time it’s encouraging that so many police forces have taken firm action even during the lockdown, which sends a strong message to other would-be offenders.

‘While the most of highest speeds were recorded were on motorways, some occurred on roads with much lower speed limits, which is an even greater concern.

‘The figures for speeding offences on 30mph roads are particularly worrying as far more people have been walking and cycling due to the lockdown.’

The RAC always urges drivers not to speed, but warned that with  some schools and nurseries in England beginning to open their doors from this week, there will be even more pedestrians on the roads and therefore limits need to be obeyed.