Residents in one of the country’s most exclusive suburbs have been ‘inundating’ police with phone calls about their holiday homeowner neighbours spending the Easter weekend at their beach houses.

The calls follow NSW Arts Minister Don Harwin being fined last week after it was revealed he had travelled to his Pearl Beach investment property on the Central Coast in March and was staying there during the cornavirus lockdown. 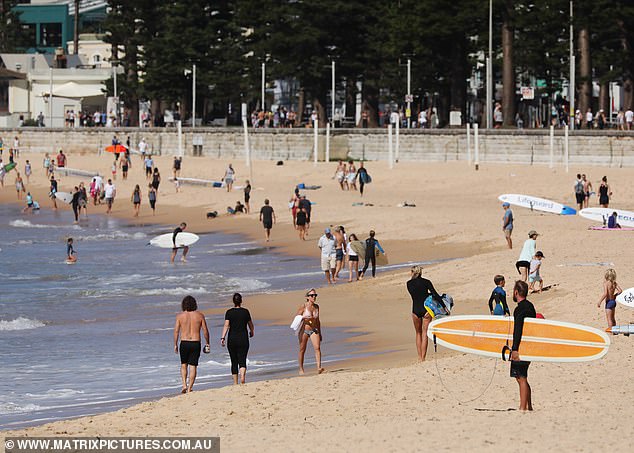 ‘We can’t keep up,’ one officer – who wanted to remain anonymous – told the Sydney Morning Herald.

‘We’re getting so many calls [with people saying] my neighbour’s house is just a holiday home and they are here for Easter or the school holidays, the minister got a fine, so should he,’ the officer said.

Mr Harwin was forced to resign from his senior government position on Friday after receiving the fine.

Premier Gladys Berejiklian said it was ‘apprpriate’ for the minster to resign after the government has ‘asked the community to make greater sacrifices than all of us have ever had to make before.’

Mr Harwin, who was pictured in seemingly good spirits in Rushcutters Bay in Saturday after returnning to his Sydney apartment, claims he had been at his holiday residence since before the travel restrictions were brought in.

The Easter weekend usually sees thousands of holiday-makers heading away for the long weekend. 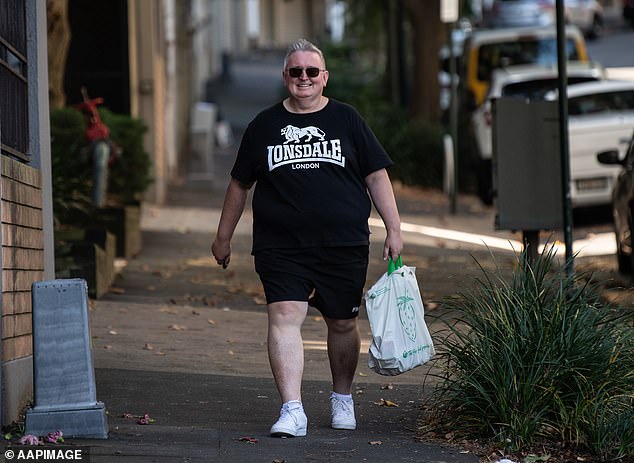 However, after pleas from authorities not to travel in the midst of the COVID-19 outbreak roads, caravan parks, and campgrounds have been quiet across the country.

One worker at the upmarket Palm Beach Wine Store said the weekenders were in town in their droves.

‘It’s a small community, we recognise most locals and people who come here all the time,’ the staff member said.

‘This weekend with Easter, there’s been a lot more people up here. There’s not ridiculous amounts and it’s not like normal school holidays or a long weekend, but they are definitely here on the weekends, especially this weekend.’

After social distancing measures were enforced by states and territories the rate of new coronavirus infections has steadily decreased.

‘This, in many ways, is the most important weekend we may face in the whole course of the virus,’ Greg Hunt said on Thursday.

In an effort to prevent a resurgence in infections, state authorities will are out in force cracking down social distancing rule breakers during the four-day religious holiday. 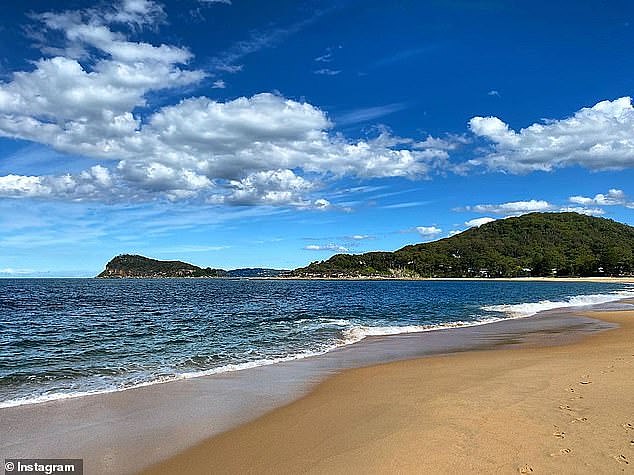 Palm Beach on the NSW Central Coast is where Don Harwin’s $1.3 million beach house is located 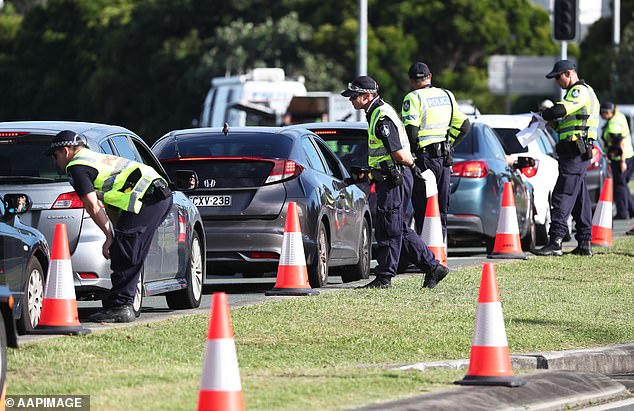 ‘As we go into Easter with welcome news for Australia, the virus does not take a holiday, therefore none of us can relax what we do,’ Mr Hunt said.

‘If we can lock in the gains that we’ve made as a nation through the courage and sacrifice of those on the health, medical and policing frontlines, but also through the immense goodwill and discipline of Australians, then we can help really protect Australian lives going forward and give ourselves the pathway through.’

Australians are advised to stay at home unless they leave for an essential purpose such as to get food, go to a job that can’t be done remotely, get medical treatment, or exercise.

Police across the country have been empowered to hand out fines to those who break the public health orders with more then $1million worth being handed out already. . 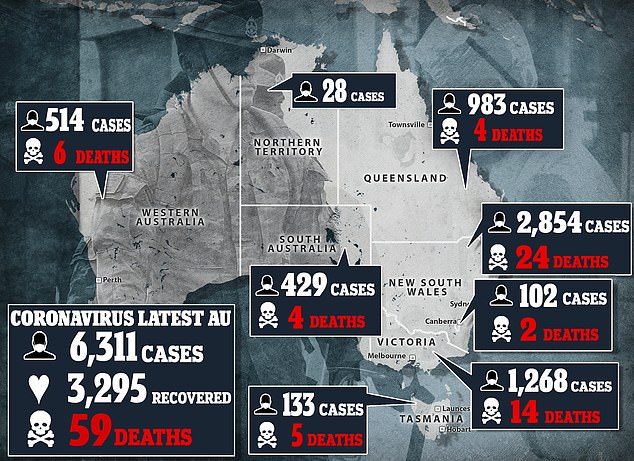