Police are hunting an attacker who raped a woman in the alley used for controversial sex scene in BBC drama Apple Tree Yard.

In the early hours of Friday 7 December 2018, a woman was raped in St Michael’s Alley, off Cornhill in the City of London.

Dr Yvonne Carmichael, played by Emily Watson, conducted an affair with Mark Costley, alias actor Ben Chaplin in the same spot the woman was raped on the 7th of December

The show drew the ire from women’s rights groups when Watson’s character was brutally raped in the first episode of the 2017 series.

Footage released by the City Of London Police shows the dark-haired rapist talking to a woman then ‘walking quickly’ before he attacked a different female.

Police are keen to speak to the first woman he encountered, and stressed that she is ‘not in any trouble’ after the suspect was seen chatting to her about half an hour before he attacked the other young woman. 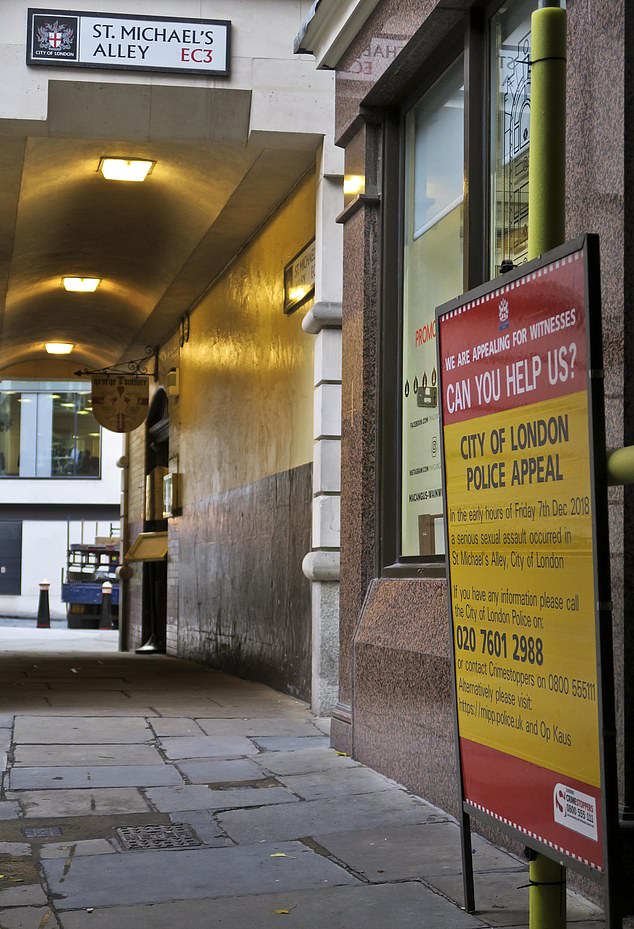 In the early hours of Friday 7 December 2018, a woman was raped in St Michael’s Alley, off Cornhill in the City of London (pictured). Police have set up an appeal sign in the area

Speaking about the offence, Commander Jane Gyford of the City of London Police said the attack was ‘distressing’ and ‘in the very heart of our City’.

‘We have identified from CCTV footage a man we need to speak to and if you recognise this person, it is vitally important you get in touch with police immediately,’ she added.

The sex scene from the drama that shocked viewers showed Yvonne agreeing to get a taxi home with a character called George. 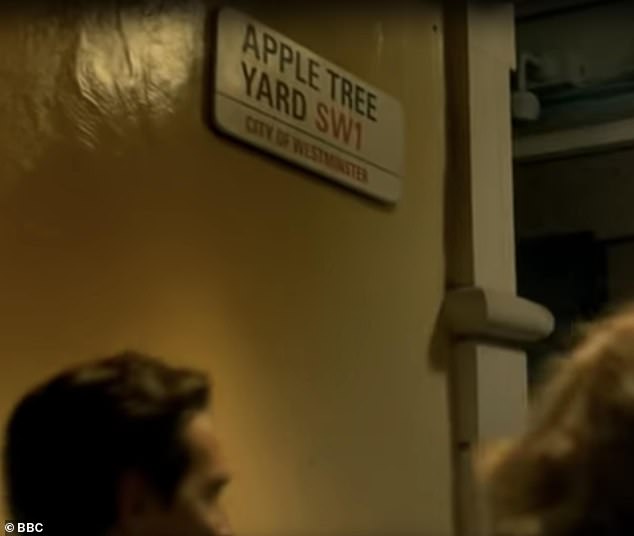 Apple Tree Yard shown in the BBC drama. Police are appealing for information to find suspect

Yvonne followed him up to his office to collect his briefcase as a leaving party for another employee raged on downstairs.

Once they reached his office however, he became violent and sexually assaulted her, snarling: ‘F**king move, even just a little bit, and I’ll hit you again.’

The scene was informed by testimonies from rape victims, director Jessica Hobbs explained, to make the scenes as genuine as possible.

Watson told The Mirror that although she was able to ‘zone out’ during the filming, the subsequent ‘mental impact I found harder,’ explaining that she was ‘a bit traumatised.’