Police hunt ‘conman’ accused of tricking three grandmothers out of £400,000

A conman whose £8.9million lottery fraud inspired a film is being hunted by police for allegedly fleecing three grandmothers out of £400,000.

John Eric Wells, 61, was jailed for three years after faking the huge windfall in 1996 and he later claimed the scam was an attempt to save his marriage.

Wells’ lottery plot was turned into film Can’t Buy Me Love, which starred Martin Kemp and was penned by EastEnders’ writer Tony Jordan.

Now South Yorkshire Police have launched a manhunt for him more than 20 years later after women came forward accusing him of tricking them out of their savings.

Hazel Wilkins, 70, of Rusper, West Sussex, claims he pretended to be a millionaire when they met before disappearing with her £63,000 life savings. 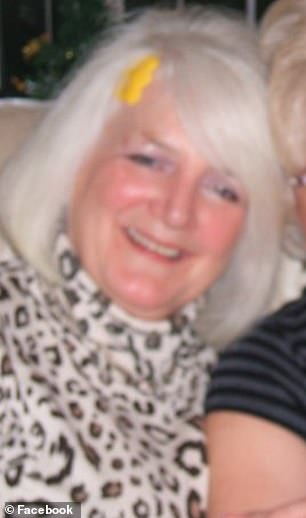 South Yorkshire Police have launched a hunt for lottery conman John Eric Wells and released this picture of him, left, after he allegedly conned three grandmothers out of £400,000, including Hazel Wilkins, right, who claims he stole her £63,000 life savings

Ms Wilkins, who now lives with her daughter, branded him the ‘devil incarnate’ and told the Mirror: ‘I had a lovely family home, a great job and I was happy when I met him. Now I have nothing and I will never be happy again. It’s too late to get back what he has taken from me.’

The grandmother claims former painter/decorator Wells told her he would buy houses for her two daughters only to back out at the last minute, leaving one of them, Lynsey, homeless shortly after she gave birth.

Ms Wilkins then sold her own house to get a new place where her daughter and grandchild could live with her. 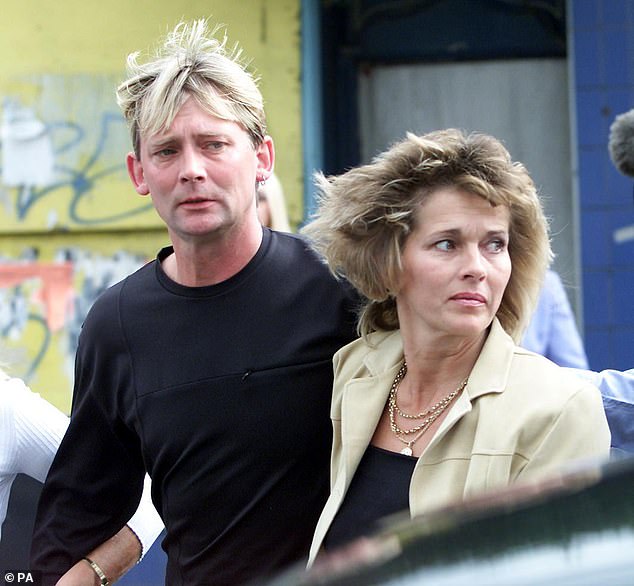 Wells was jailed for three years after faking an £8.9million lottery win in 1996. He later claimed it was an attempt to save his marriage to wife Kathy, pictured with him in 2001 outside court

She also claims Wells, who also goes by Howard Walmsley and Howard Hemmings, convinced her to quit her job and manage a restaurant he owned in Guernsey before he vanished in 2017 hours after Lynsey’s wedding day.

Ms Wilkins also told the paper she has paid back £17,000 in loans he took out in her name since he disappeared, which has cut her pension in half.

Wells also ‘cancelled their wedding plans five times’, told her he ‘owned dozens of hotels around the world’ and claimed he had cancer, according to the grandmother.

But she believes whenever he went ‘overseas’ he was actually back in his hometown of Doncaster. 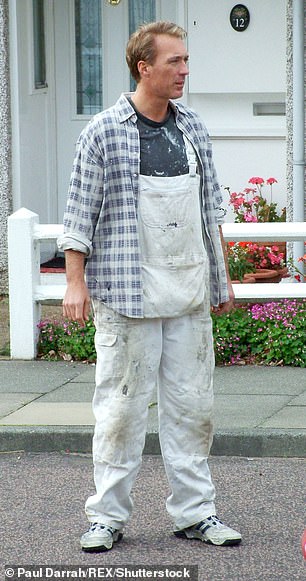 Ms Wilkins said she has since been in touch with another woman who told her Wells carried out an ‘identical scam’ on her.

She told the Mirror: ‘He was stealing from her to take me on cruises and stay in penthouse suites in top hotels, and creaming money from my account to spend on her.’

She added she felt ‘stupid’ for falling for his ‘charming and funny’ persona.

Ms Wilkins said: ‘He was so believable it’s frightening. I worked as a security supervisor at Gatwick airport. I used to interview people to suss out lies. But he went right under my radar.’

Her daughter Lynsey added watching her mother struggle to get money together to pay for food ‘makes her want to cry’.

Police believe Wells may have fled the country and he has allegedly been spotted running a bar in south east Asia.

Wells embraced his fame after the 2004 ITV film about his crime and even held a party to celebrate it airing attended by 60 guests.

Speaking on a documentary at the time, he claimed the crime came out of desperation to save his marriage to wife Kathy and ‘stop debt collectors coming to the door’.

He said: ‘People paid more attention to me. They seemed to want to be with me. All I wanted to do is treat Kath to a holiday. It just got out of control.’

Earlier this month South Yorkshire Police released a photo of Wells and urged members of the public to come forward with his location. 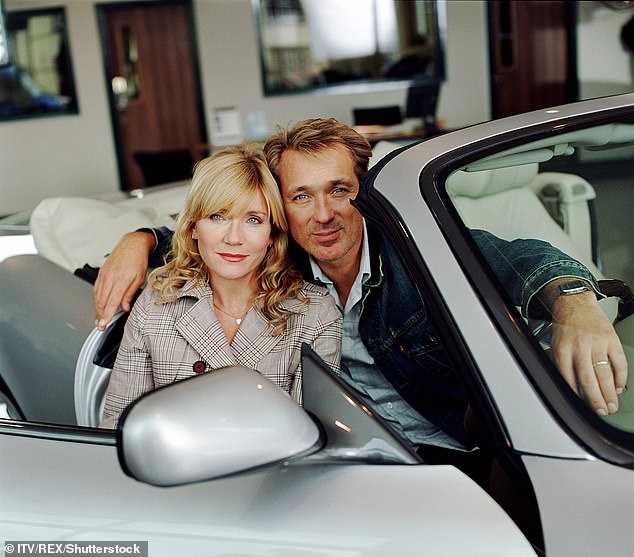 ‘The 61-year-old, who is originally from South Yorkshire, is wanted in connection with three high value romance frauds, during which three victims lost money totalling more than £400,000.

‘The offences are reported to have taken place from September 2014 onwards. The victims lived in locations across the UK including Doncaster, Sussex and London.

‘Police would like to hear from anyone who has seen or spoken to Wells recently, or has information which may help officers with their enquiries. It is possible Wells is currently living outside the UK.

‘If you see him, or you have any information which may help, please call South Yorkshire Police on 101 quoting investigation number A54532/17.’