Police are hunting the ‘cowardly’ raider who killed a 79-year-old woman in her own home.

Margaret Grant was found seriously injured in her home in Restalrig Circus, Edinburgh, on Friday evening after emergency services were called to reports of a disturbance.

Ms Grant was taken by ambulance to the Edinburgh Royal Infirmary where she died that night.

Police are hunting the ‘cowardly’ raider who killed a 79-year-old woman in her own home in Restalrig Circus, Edinburgh. Pictured: Police at the scene

Police say they believe Ms Grant was targeted by a suspected robber, who entered her house to steal from her.

Officers say that the man responsible may have known his victim and targeted her deliberately.

The suspect, who fled on foot and is still on the run, is described as being white with a Scottish accent, aged between 20 and 30, with combed-back dark hair and approximately five-foot six-inches tall. 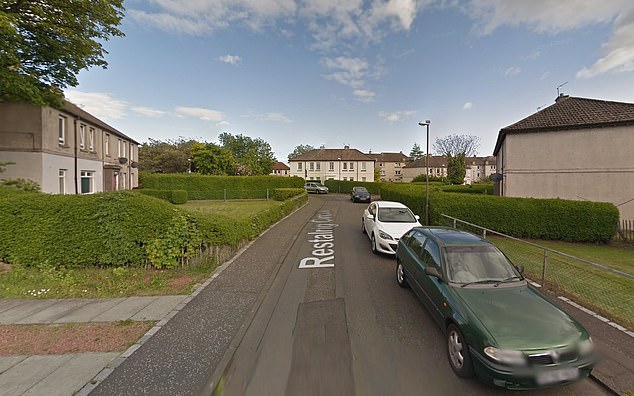 Margaret Grant was found seriously injured on Friday evening after emergency services were called to reports of a disturbance. Pictured: Restalrig Circus

At the time of the incident, he was wearing dark clothing, although his top may have been white on the lower part of his sleeves.

Detective Chief Inspector Kevin Houliston, from the Major Investigation Team, said: ‘This was a cowardly and despicable attack on an elderly woman within her home.

‘It is imperative anyone with any information about what happened makes contact with us so we can find the man responsible. 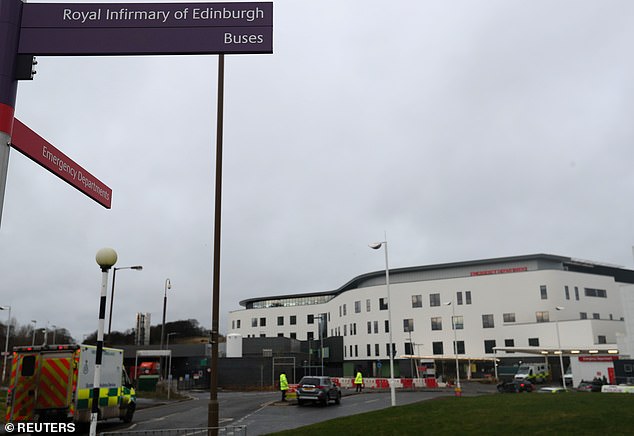 ‘Our thoughts are with the family and friends of Margaret at this difficult time.’

Speaking on Saturday afternoon, Chief Inspector David Happs, the local area commander, added: ‘Our inquiries into this incident are at an early stage and ongoing.

‘The local community will see an increased police presence in the area over the coming days.

‘Our thoughts at this time are with the family and friends of the woman who has died and specialist officers are providing her next of kin with the necessary support.’

Police Scotland is appealing for anyone who was in the Restalrig Circus area on Friday evening, or who recognises the description of the man police are searching for, to get in touch with officers as soon as possible.