Terrifying moment desperate mom tries in vain to pull her 8-year-old daughter from kidnapper’s car after she was snatched from the street, as Fort Worth cops issue Amber Alert

Police are searching for an eight-year-old girl who was abducted in Fort Worth, Texas, while out walking with her mother.

An Amber Alert has been issued for Salem Sabatka who was kidnapped while on a walk with her mom in Fort Worth, in broad daylight on Saturday night, police say.

Officers in Fort Worth said a man approached Salem, who’s 4’5′, and her mother at 6.38pm in the 2900 block of 6th Avenue in Fort Worth’s Ryan Place neighborhood, as reported by NBCDFW.

Police have released a photo of Salem in the shirt she was wearing when abducted.

Salem Sabatka, 8, (pictured above) in the teal shirt with ‘centennial’ printed on the front that she was wearing when she went missing, according to police 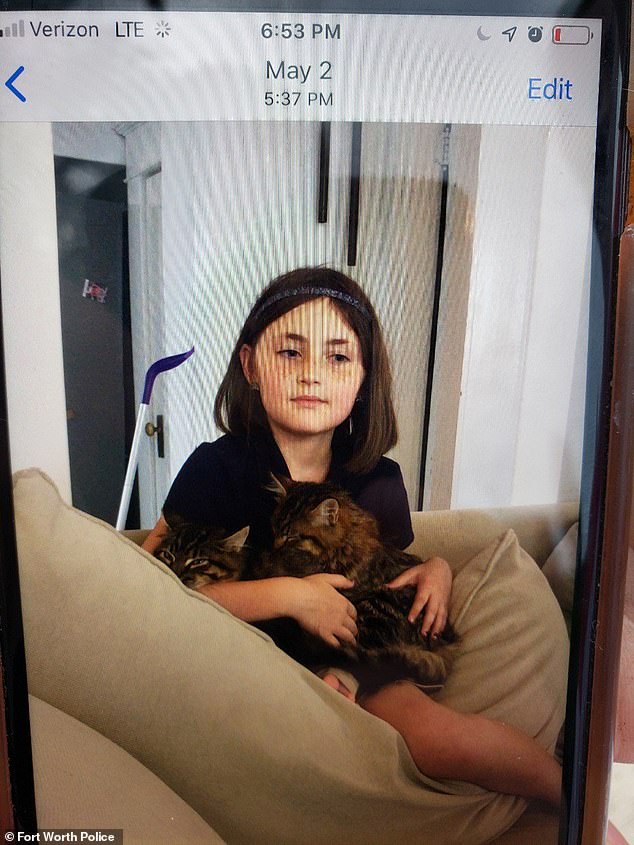 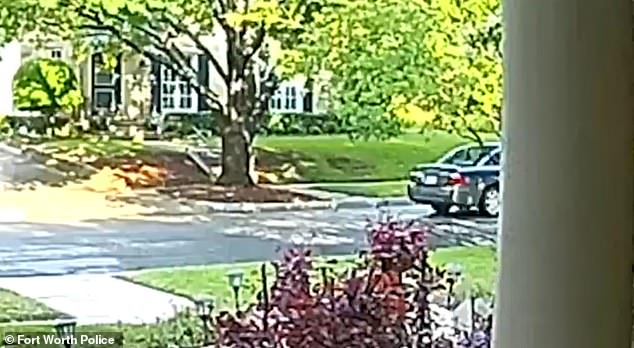 CCTV footage from the neighbor’s house also shows the vehicle in question which is described as a gray, four-door sedan with alloy wheels 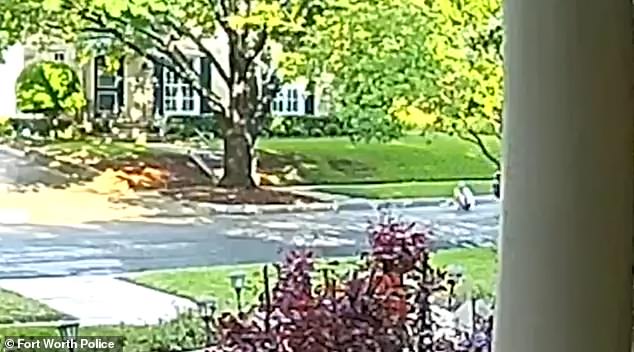 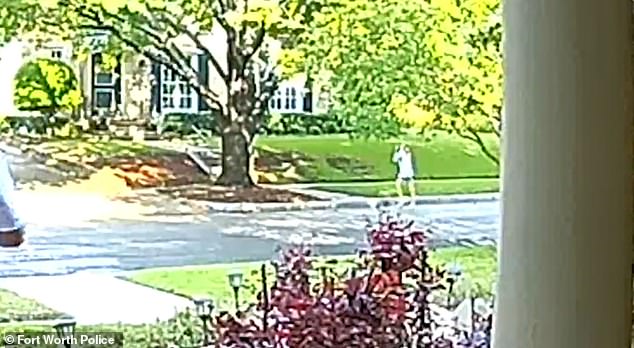 Her mother jumped into the car in an attempt to rescue her daughter, but the man pushed her out and drove off, police said.

Salem has brown hair, blue eyes, freckles and was wearing a teal shirt and green leggings when she was last seen.

Police say they are looking for a gray, four-door sedan with alloy wheels. The vehicle had light or no tint to its windows.

The man is described as black, bald and around 40 years old. Officers said they believe he has light or caramel colored skin. 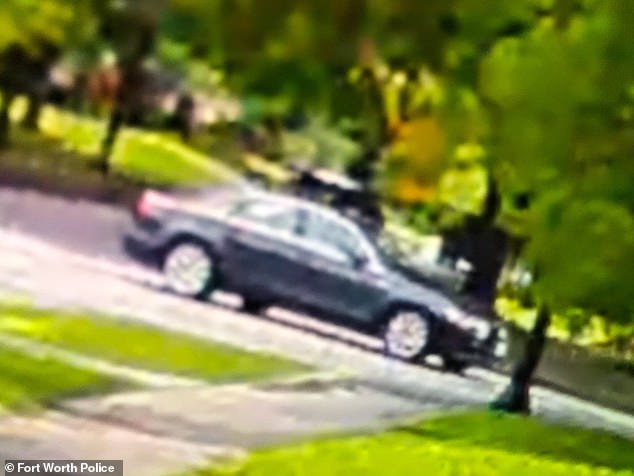 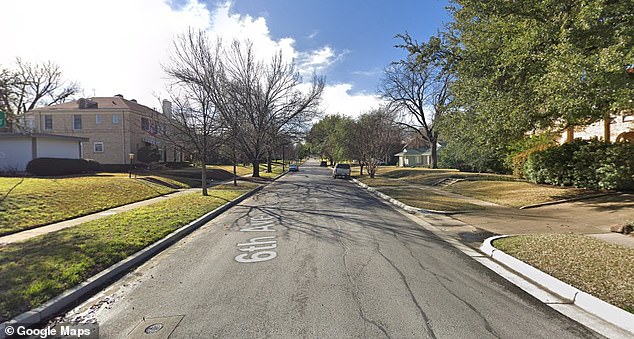 Officers in Fort Worth said a man approached Salem and her mother at 6:38 p.m. in the 2900 block of 6th Avenue in Fort Worth’s Ryan Place neighborhood (pictured above) 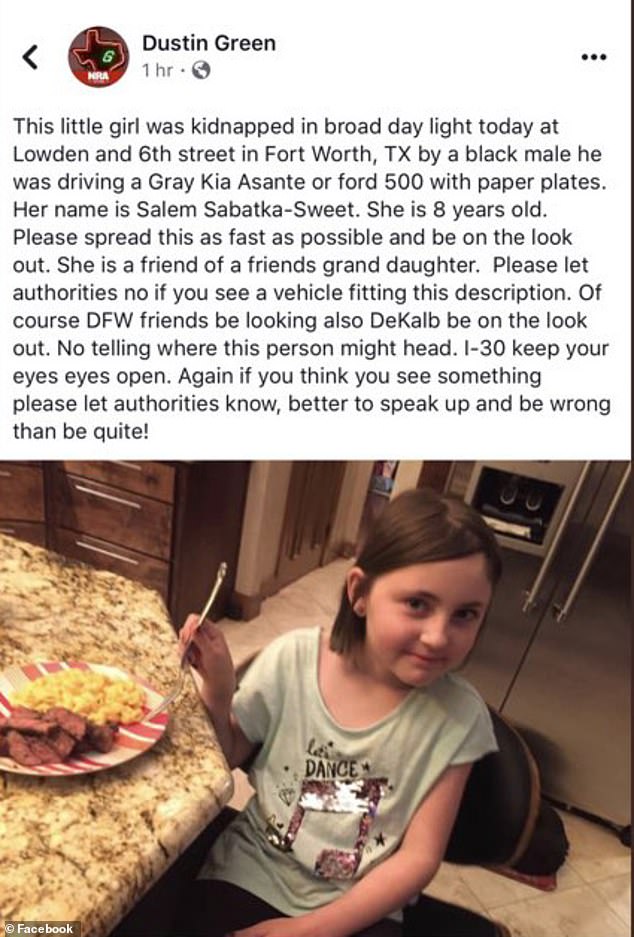 Appeals and photos of the missing eight-year-old have gone out on social media. Police have described the man’s car as a gray, four-door sedan with alloy wheels