Police in Florida have released surveillance video in their hunt for a ‘Peeping Tom’ who was caught on camera pleasuring himself while looking into the bedroom of a teenage girl – and they suspect the same person might be responsible for other similar acts targeting children.

According to the Hollywood Police Department, the incident in question took place just before 5.30am on September 19 in the 6000 block of Funston Street.

Surveillance video caught a bearded man in his 20s or early 30s pleasuring himself while spying on an 18-year-old girl in Hollywood, Florida, on September 19 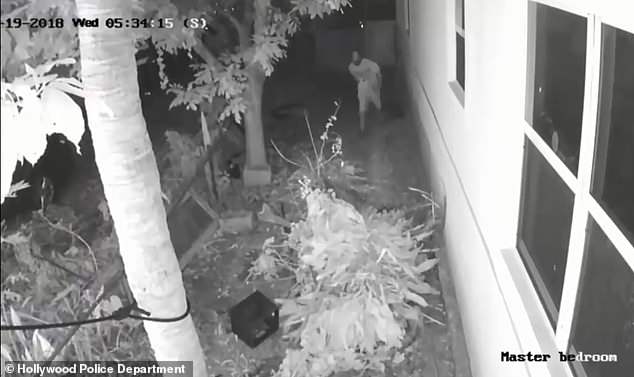 The video released by police shows the suspect briefly fleeing, then returning to the scene of the crime 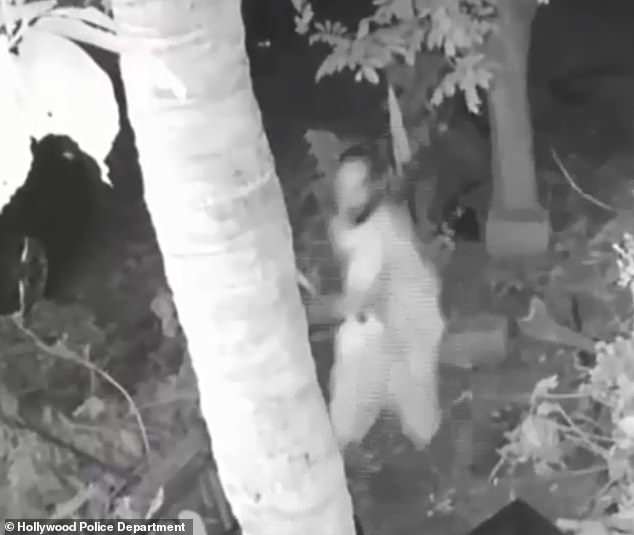 He is then seen fleeing, as if spooked by something or someone, only to return a short time later.

The suspect then squats on the ground under the girl’s bedroom window and light up a cigarette.

The 18-year-old victim, who identified herself only as Brianna, said she was getting ready for work when she noticed the stranger spying on her through the window while pleasuring himself.

‘This is my privacy. This is where I’m supposed to be safe,’ Brianna told WSVN. ‘You’re taking my innocence away from me and my siblings’

The girl’s father, Mike, told the station that after briefly taking his leave, the voyeur returned to watch his other daughter get up to go to school. 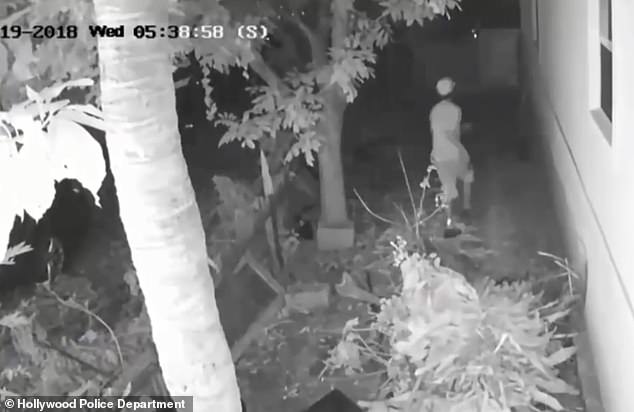 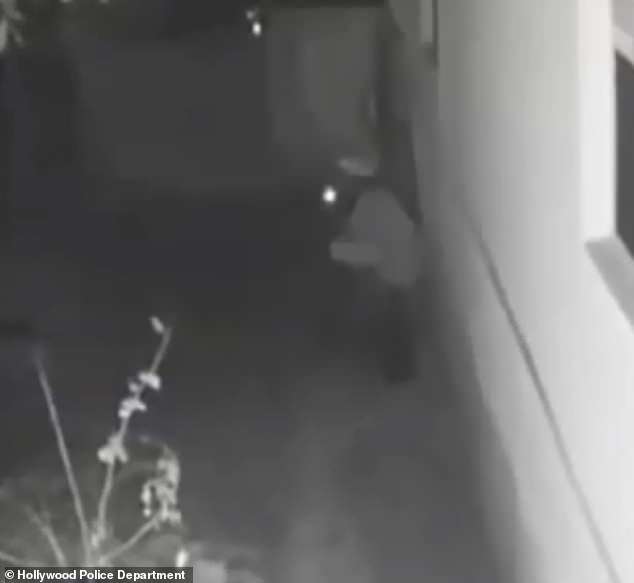 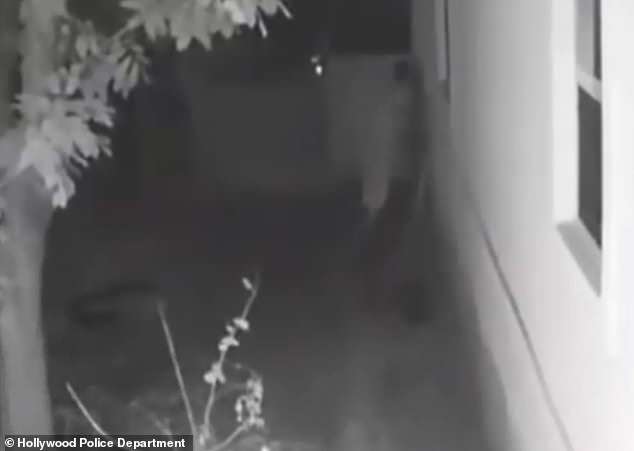 Police are working to determine whether the Hollywood incident is connected to another strikingly similar ‘Peeping Tom’ case that was reported in Miami Gardens last week.

According to police in the town, on two occasions, a suspect was caught looking through the bedroom and bathroom widows of a home in the 1300 block of Northwest 198th Street while the rooms were occupied by girls between the ages of five and 12.

The suspect seen on surveillance video from Hollywood, Florida, has been described as being between 25-30 years old, with a thin build, dark hair and a full beard.

Anyone with information on the wanted man’s whereabouts is being asked to contact police at 954-764-4357. 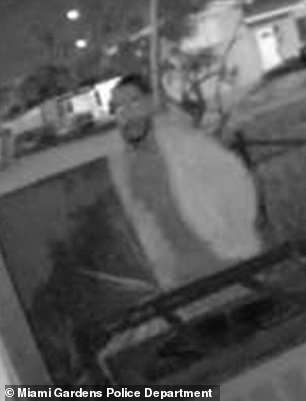 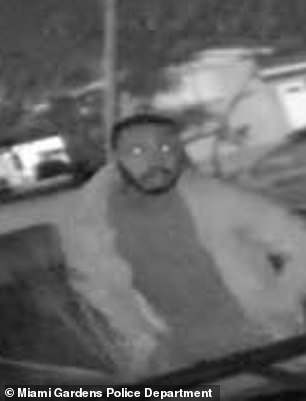 Police are working to determine whether the Hollywood suspect is also responsible for spying on two girls in Miami Gardens, Florida (pictured left and right)