Police in Ohio are asking for the public’s help in tracking down four children who they say have been abducted by their mother and her abusive boyfriend.

The Lima Police Department on Tuesday issued an alert for all states between Ohio and Florida, asking law enforcement and civilians to be on the lookout for Marianne Merritt, Charles Perkins and the woman’s children, ranging in age from eight to 13.

The group is said to be headed to Florida, and the children are believed to be endangered. 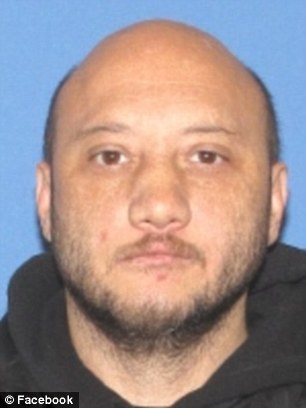 On the run: Marianne Merritt (left), 40, and Charles Perkins (right), 39, are accused of abducting woman’s four children, between ages 8 and 13, from Lima, Ohio 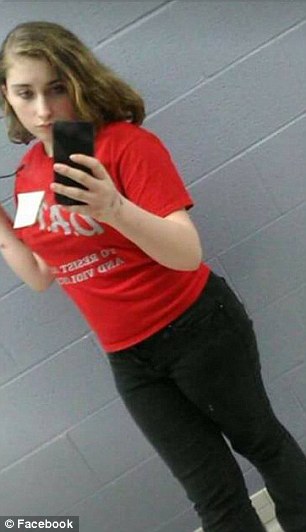 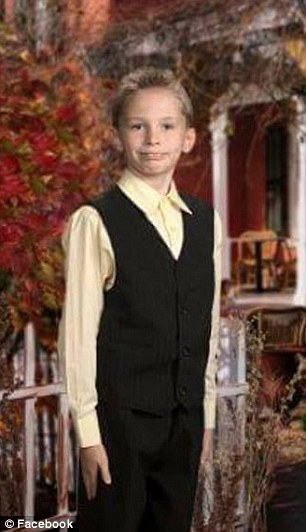 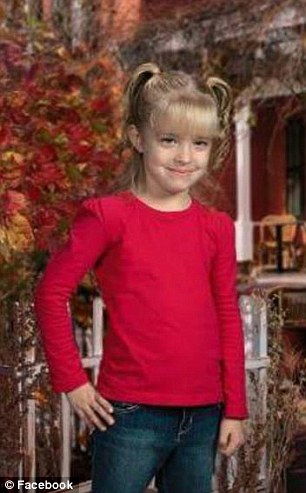 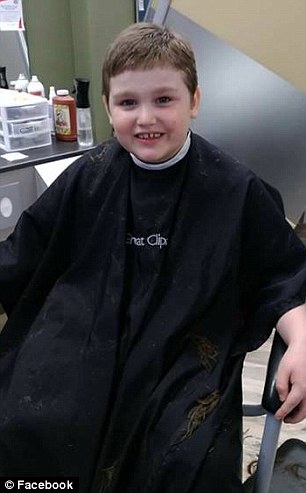 According to police, Merritt, 40, has no custodial rights. Her 39-year-old boyfriend has active warrants out for his arrest, is considered armed and dangerous and is said to be abusive towards Merritt’s children.

The children were allegedly whisked away by their mother and her boyfriend from a residence on North Main Street in Lima at around 1.30am.

About two hours before, Merritt wrote an angry status update on her Facebook page that stated: ‘Waste of time….Waste of breathe….Waste of space…I am who I am….Sorry if you don’t like it!!!’

Three days earlier, she shared a menacing meme that read: ‘I’m a lot more f***ed up than people think.’ 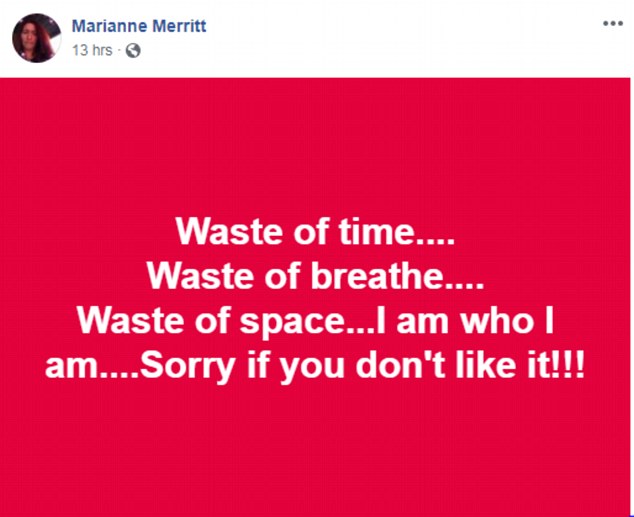 On Monday night, Merritt  wrote this angry status update on her Facebook page 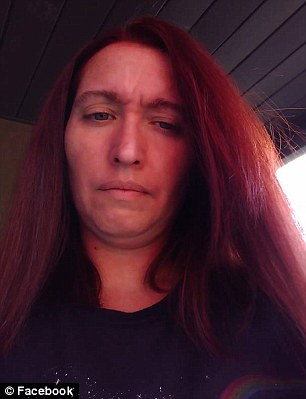 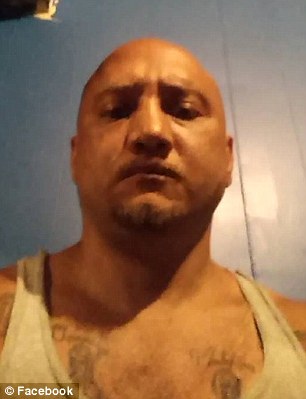 Merritt has no custodial rights. Her boyfriend, Perkins, has active warrants out and is known to be abusive towards the children 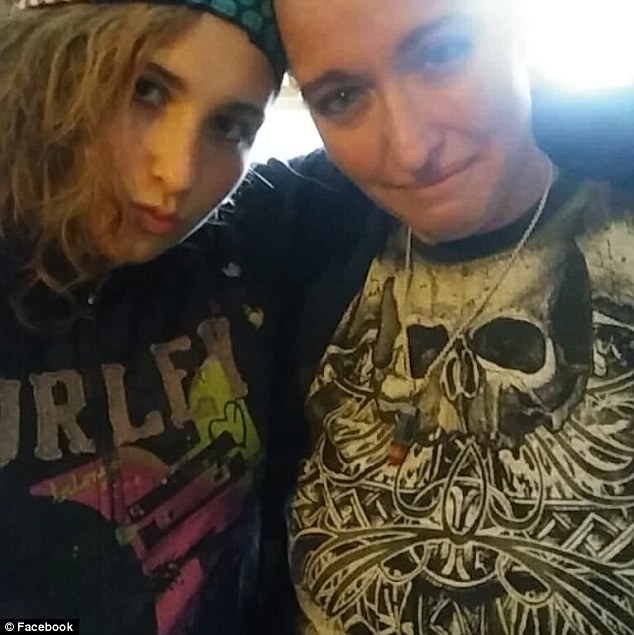 The mom (pictured with her eldest daughter) and the rest of the group are believed to be headed to Florida. They are now the subject of a multi-state alert

Patience Wilson, nine, is 4-feet-5 and 80lbs, with blonde hair and blue eyes. She was last seen wearing a white top and dark-blue or black leggings.

The two adults and four children might be traveling in a dark-blue 2000 Chrysler Voyager with a white passenger door and Ohio license plate FMQ3175.

Anyone with information on their whereabouts is being asked to call police at 419-227-4444.