Police are looking for burglars who stole a priceless diamond tiara described as a ‘national treasure’ from a historic country estate.

The thieves broke into the Welbeck Estate in Sherwood Forest, Nottinghamshire, between 9.45pm and 10pm on Tuesday this week.

A diamond brooch along with the Portland Tiara, said to be ‘worth millions’, were stolen from an armoured glass display case, as alarms sounded during the heist. 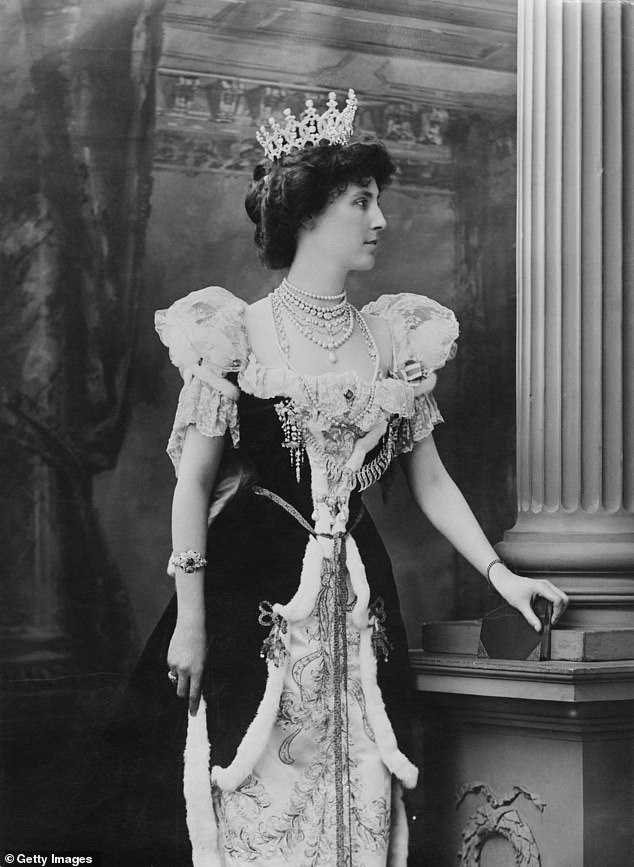 The sixth Duke of Portland commissioned Cartier to create the tiara for his wife Winifred, Duchess of Portland (pictured)

The heirloom is considered one of the ‘great historic tiaras of Great Britain’ after the Duke of Portland commissioned jewelers Cartier to make it in 1902.

Nottinghamshire Police have launched an investigation and are appealing for information about a silver Audi S5 believed to be involved in the raid. 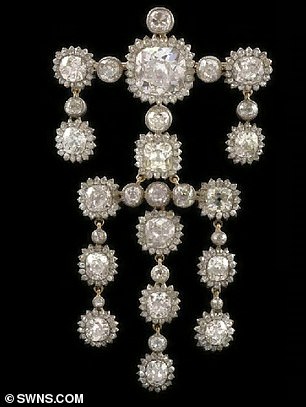 They confirmed they were pursuing a ‘number of lines of inquiry’.

Detective Inspector Neil Humphris said: ‘We particularly want to hear from anyone who has any information about a silver Audi S5 which is suspected to have been involved in this offence.

‘This vehicle was found abandoned and burnt out in Cross Lane, Blidworth, about half-an-hour after the incident.

‘Did you see this vehicle in the Welbeck area around the time of the burglary or anywhere between the Welbeck Estate and Cross Lane in Blidworth between 9.45pm and 10.30pm on Tuesday night?

‘If you have any information about this vehicle or the offence itself we’d urge you to please come forward and contact us as soon as possible.

‘We’d also like to hear from any drivers who may have dash cam footage of this vehicle.’

Richard Edgcumbe, Curator of Jewellery at the Victoria and Albert Museum in London, said: ‘The Portland Tiara is one of the great historic tiaras of Great Britain’.

Welbeck is one of the great traditional landed estates, nestled within Sherwood Forest in Nottinghamshire.

The estate is within the area of North Nottinghamshire known as the Dukeries. The name comes from four historic neighbouring Ducal estates, Welbeck, Clumber, Thoresby, and Worksop Manor.

Depending on where you drew the line, the estates between them covered 88 thousand acres, giving the Dukeries at the time some of the qualities of a self-contained world.

Welbeck is still a working estate and contains a Grade 2 registered historic park designed in 1748 by Francis Richardson; ancient woodlands and forestry; a beautiful chain of lakes; farmland and grazing; a deer park; and some of the country’s most important rural heritage buildings. At its heart lies the historic Welbeck Abbey and Welbeck Village.

‘Since its creation by Cartier in 1902, using diamonds from the historic collections of the Dukes of Portland, it has been recognised as a jewel of supreme importance, a superb design magnificently executed.’

The sixth Duke of Portland commissioned Cartier to create the tiara for his wife Winifred, Duchess of Portland.

She wore it to the 1902 coronation of King Edward VII. She was one of four pall-bearers at Queen Alexandra’s anointing.

The Portland diamond is the centre-piece of the jewellery, which dates back to the 19th century.

Flanked by two diamond drops and other valuable pendant diamonds, the tiara is set in gold and silver.

The stolen brooch was made of diamond clusters which stood at the apex of the tiara.

These gems can be seen on the tiara in a painting of Duchess Winifred at the anointing of Queen Alexandra. 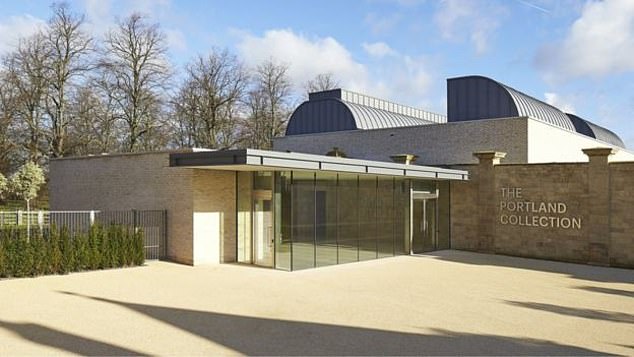