By Bryony Jewell and Rod Ardehali For Mailonline

Police are hunting a knifeman after a 23-year-old man was stabbed to death in south London in front of ‘shocked and traumatised’ teenagers at a youth club.

Officers desperately tried to save the young man’s life but he died at the Marcus Lipton youth centre in Brixton in south London, at about 6.45pm on Thursday.

A Metropolitan Police spokesperson said: ‘Police were called at approximately 18:45hrs on Thursday, 21 February to reports of a man stabbed on Minet Road, SW9.

A 23-year-old man was fatally stabbed in an attack at the Marcus Lipton youth centre on Minet Road (pictured) in Brixton, south London, yesterday evening

The man’s next of kin and murder detectives have been informed.

Detective Chief Inspector Mick Norman said that witnesses may fear repercussions if they came forward over the apparently ‘premeditated and targeted’ assault.

He said: ‘This was an appalling attack on a young man in a youth centre – a place where he was entitled to feel safe.

‘The youth centre was open at the time and sadly many young people present would have witnessed what unfolded.

‘Many of them will be shocked and traumatised by what they saw and perhaps fearful of potential reprisals if they speak to police.’

The youth club was surrounded by a cordon on Friday morning as police carried out a ‘painstaking’ investigation.

Pastor and community campaigner Lorraine Jones said she had heard a fight had broken out at the youth club and the man was stabbed. 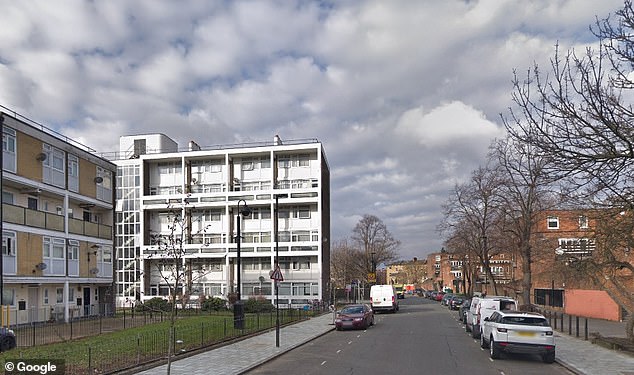 It is believed the man was stabbed in the groin.

Pastor Jones, whose 20-year-old son Dwayne Simpson was stabbed in Brixton in 2014, added: ‘All I know was that there was a fight and a young man got stabbed.

‘The police were called, they tried to do CPR with a defibrillator, the ambulance came and pronounced him dead.’

Pastor Jones, who lives nearby, said the youth club was one of only two in the area serving around 8,000 children.

She added: ‘They are under pressure right now. There should be maximum support for the workers to expand and strengthen what they are doing for young people.’

Another neighbour said that there were often young people at the club, with many using its football pitch.

Police are awaiting formal identification of the victim, but have informed his next of kin. No arrests have been made.

Anyone with information should contact police on 101 or Crimestoppers anonymously on 0800 555.

Earlier on Thursday police launched a murder investigation after a teenager was stabbed to death in the street and a 15-year-old boy was left injured in a horrific knife attack.

The 16-year-old was found with fatal knife wounds by officers near a park in Small Heath, Birmingham, at around 8pm last night.

He was pronounced dead at the scene by paramedics, while a 15-year-old boy who was also assaulted was treated for minor injuries.

The stabbing comes five days after another 16-year-old schoolboy died in hospital following a knife attack outside a sixth-form college in the same city.

Mohammed Sidali was stabbed outside Joseph Chamberlain College in Balsall Heath on February 13.

It is also the fourth stabbing inside eight days, after a 16-year-old boy and a man in his 20s were attacked in separate incidents in the city on Sunday.

ONS figures reveal that West Midlands Police have recorded a 72 per cent rise in knife crime between April 2013 and the year ending March 2018.