Police in Ohio are searching for a man who they say punched a store clerk in the face after his card was declined.

Surveillance footage has been released showing the man approaching the woman who was talking to another customer at Tom’s Drive-Thru store in North College Hill, near Cincinnati.

The incident happened on Tuesday just before 6 p.m.

It appears another woman is trying to calm the man down as he confronts the store clerk.

The man is seen to push the woman’s arm away before appearing to launch at the clerk, striking and punching her in the face, police said.

The clerk falls to the floor and appears to be holding her face. After a few moments, she stands back up and walks past the man, who is shown on the video to follow her. 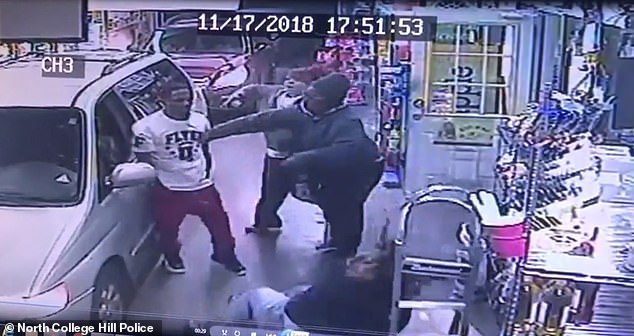 The woman lands on the ground and sits for a few moments before standing up. The man follows her