Police hunt thug who attacked NHS Test and Trace worker, 63, after he moved away from unmasked man

Police hunt vicious thug who launched bus attack on NHS Test and Trace worker, 63, after he ‘took offence at him trying to keep his social-distance’

Police are hunting for a vicious thug accused of putting an NHS Test and Trace worker in hospital after his victim moved away to try and maintain a social distance aboard a London bus.

Scotland Yard said the 63-year-old victim boarded the 149 bus just before Seven Sisters station, with his alleged attacker boarding at the next stop at about 9:45pm on August 23.

About five minutes later, the victim was punched to the floor and had his head stamped on five times after the attacker is believed to have taken offence at him wearing a mask, and moving down the bus to create more space.

The alleged attacker is seen boarding the 149 bus at 9.45pm near Seven Sisters station. Metropolitain Police released CCTV of a man wanted in connection with the attack 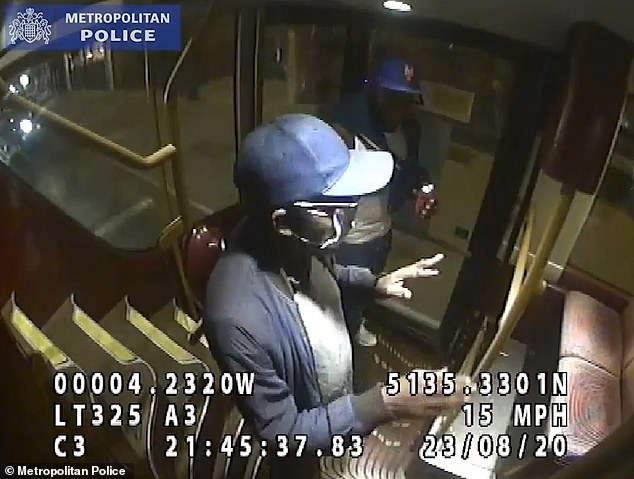 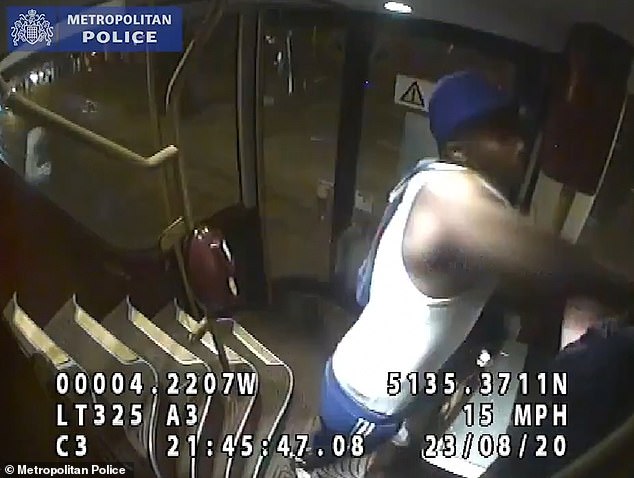 Pc Bowman from the Roads and Transport Policing Command said: ‘Although there is no sound on the CCTV and all the victim remembers is waking up in hospital, we believe that this was all triggered by face masks.

‘We think that the attacker, who had his face covering beneath his chin, took offence when the victim, who was fully covered, consciously moved away from him.

‘When the attacker then follows the victim to the back of the bus, he can be seen pointing and gesturing at the victim’s face mask before he starts repeatedly punching and kicking him. 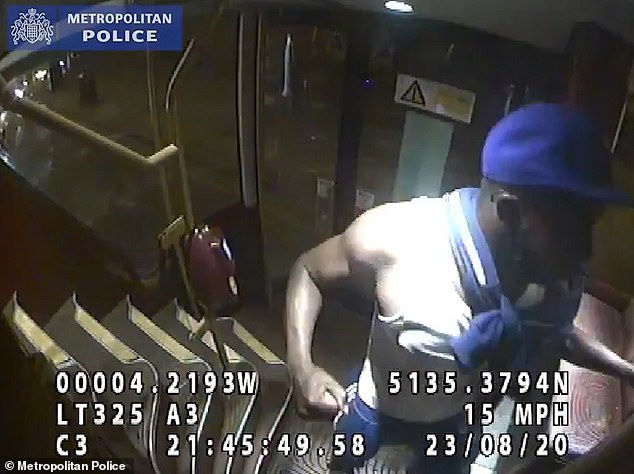 The man punched the 63-year-old NHS Track and Trace worker repatedly, forcing him  to the floor 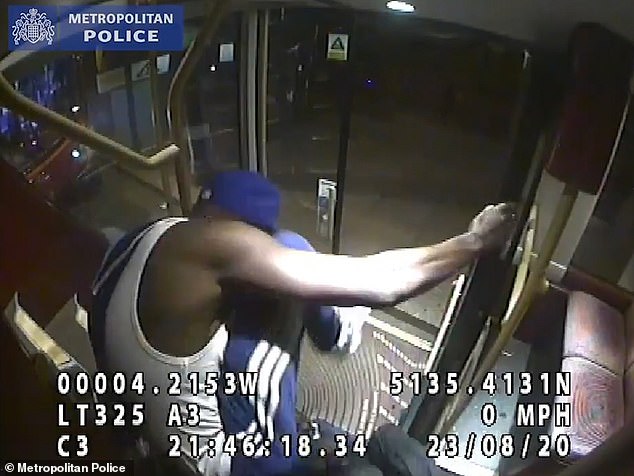 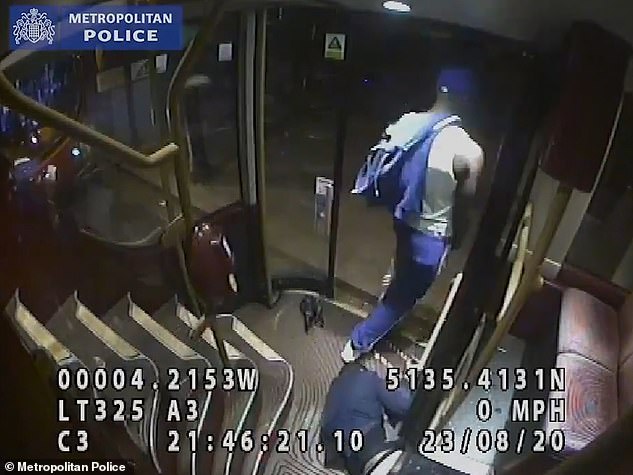 ‘This was a totally unwarranted violent assault and we urgently need to speak to this man.’

The alleged attacker is described as a tall black man aged approximately 23-25 years with an athletic/muscular build. An image has been released by police of a man wanted in connection with the attack.