Police hunting for the ‘mole’ who leaked Sir Kim Darroch’s confidential memos on Trump are scanning the phones of journalists to trace the ‘Kim Philby-like’ culprit, it emerged today.

Scotland Yard is said to be using ‘the full force of the state’ to track the person who leaked the diplomatic cables sent from the British embassy in Washington to the Foreign Office in London.

The Met has refused to comment on claims they are checking calls and texts made by the reporters who revealed that Sir Kim called Trump’s administration ‘clumsy and inept’.

Officers from the Scotland Yard counter-terrorism unit, led by assistant commissioner Neil Basu, are said to be combing over data provided by phone companies.

They are using satellite technology to track journalists’ movements at the time of the leak this month.

Detectives also hope that this data can be triangulated with any data gathered about suspects, so they can be placed together.

Media lawyer Mark Stephens, a partner at law firm Howard Kennedy, told The Sun that the probe could have a ‘chilling effect’ on the freedom of the press in Britain.

Former Met chief inspector Mick Neville added: ‘We expect the media to be controlled and reporters to be arrested in dreadful regimes like North Korea and China. We do not want that here.’

The Sunday Times claimed yesterday that the net is closing in on the mole, described as a ‘Kim Philby-like’ figure – a nod to Britain’s best known traitor spy who betrayed Britain and worked as a double agent before defecting to the Soviet Union in 1963.

The Met is pulling out all the stops – and asking Britain’s spies to help – so they can build a criminal case ‘that will stand up in court.’ 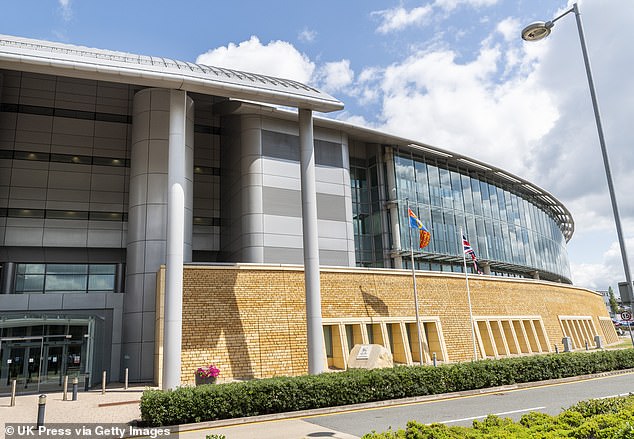 GCHQ, who are based in Cheltenham, are said to have been involved in the probe and quickly worked out that it was not a foreign state behind the leaks

Neil Basu should ‘step aside’ from investigating the leaking of Sir Kim Darroch’s Trump memos and replaced with a police officer who believes in Britain’s free press, it was claimed today.

Mr Basu’s warning has caused fury and also left him isolated at the top of the probe with growing calls for his boss Cressida Dick to replace him after just three days.

Commissioner Dick is understood not to have seen or agreed to his press statement – because she was at a passing out parade at Hendon police training college on Friday – but could today choose to speak herself and distance the Met from his words or even replace him.

Mr Davis said: ‘Mr Basu should not resign. But [Met commissioner] Cressida Dick should consider transferring responsibility for the investigation to an officer who puts the preservation of our free Press ahead of protection of the state’s reputation.’

The suspect has been found – and it was not a hack by a hostile foreign state, according to the Sunday Times, but Mr Basu has been accused of focussing on telling the media ‘what they can and can’t publish’.

British minister Amber Rudd defended that decision, telling the BBC’s Andrew Marr Show: ‘I don’t think the Mail On Sunday was wrong to publish them. I know we have a very precious freedom of press legislation here.’

UK government sources yesterday played down the prospect of an imminent breakthrough in the leak inquiry. It is understood that the government spy station GCHQ has ruled out the possibility that a hostile state such as Russia obtained the diplomatic cables.

Attention is focusing on a small group of current and former officials.

Some human rights lawyers pointed the finger at Downing Street for the police crackdown.

Geoffrey Robertson said: ‘There were no secrets in the ambassador’s leaked comments… The police should understand the Official Secrets Act is not there to protect the government from embarrassment.’

Gavin Millar QC, who has been involved in previous Official Secrets Act cases, told the Sunday Telegraph: ‘Somebody has escalated it to the police and the question is who and why?

‘I would sincerely hope they don’t go anywhere near the editor or journalist involved in publishing this story because they were doing their job and the potential offence against editors and journalists remains extremely controversial and, in my view, objectionable.’