Police identify a suspect in the murder of a teenager

Police have identified a suspect wanted in connection with the murder of a teenager at a boxing night.

An opening inquest into Reagan Asbury’s death heard he suffered a ‘blow to the neck from behind’.

Det Insp Justin Spanner, of West Midlands Police, said the ‘stab-type injury’ was delivered by a black man with an ‘Afro-type hairstyle’ who was wearing a white T-shirt.

Mr Asbury, 19, died after violence flared at a boxing show held at Walsall Town Hall on the night of October 14. 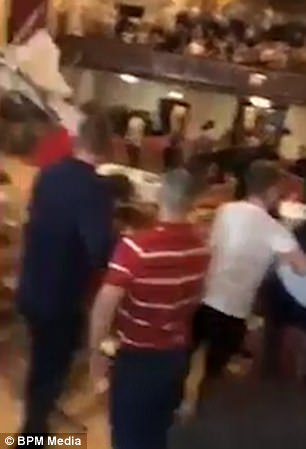 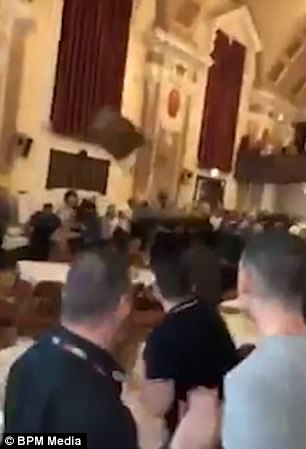 Footage of the fatal injuries being inflicted on Mr Asbury was reportedly obtained from mobile phones and social media. The video shows violence flaring in the boxing hall

Footage of the fatal injury being inflicted was reportedly obtained from mobile phones and social media.

Violence erupted partway through the fight between Luke Paddock and Myron Mills.

Shocking footage taken inside the venue showed fans hurling chairs and glasses at each other just yards from the ring.

Other victims also suffered knife wounds and paramedics used tablecloths and clothing as tourniquets to treat the injured.

It is believed Mr Asbury’s fatal injury was inflicted outside the town hall after the violence had spilled outdoors.

Two men were previously arrested in connection with Mr Asbury’s death and released on police bail.

Senior coroner Zafar Siddique adjourned the inquest for two months to await the outcome of the criminal investigation. 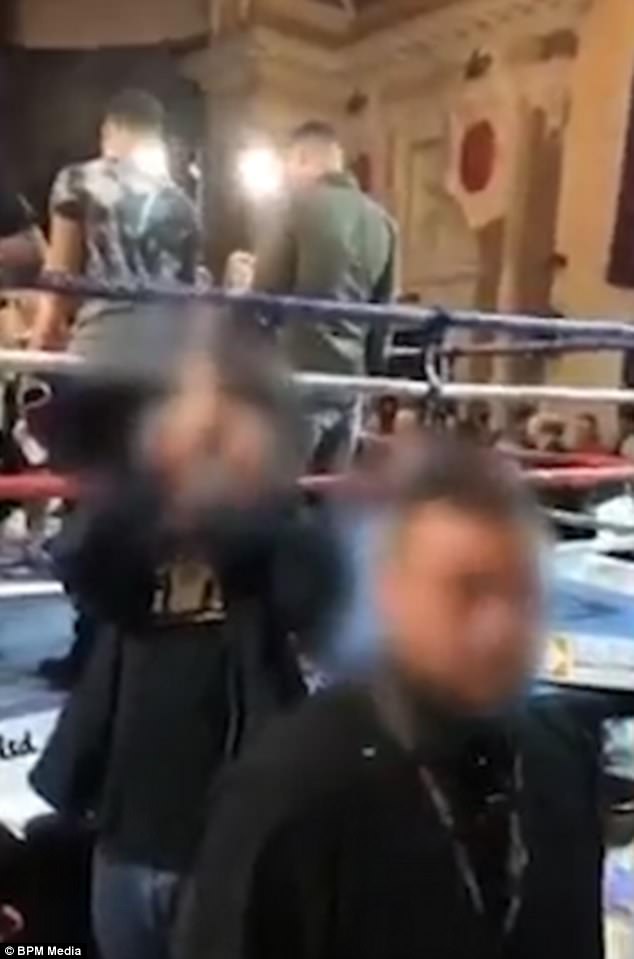 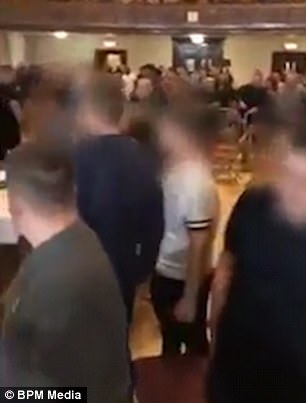 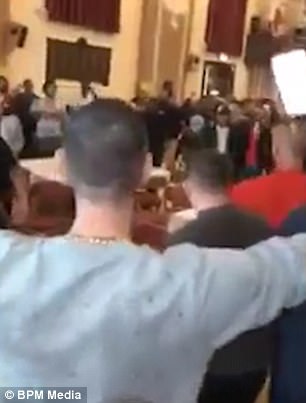 They said: ‘Our number one son, brother, grandson, nephew, cousin and friend… taken in such a callous, inhumane way.

‘What a cruel, cruel world we live in, especially for all our children. We are all so empty.’

In the wake of his death, tributes were paid to Mr Asbury online.

Kaylee Asbury said: ‘My truly handsome cousin had so much to offer and it has all been taken away at such a young age.

‘What is this world coming to, can’t event have a fun night out anymore.’

Jim Joseph said: ‘Rest in peace Reagan Asbury we’ve had some quality memories over the years.

‘I can’t believe you’re gone. Thoughts are with your family brother. Lots of love, sleep tight.’

Brad Rolston said: ‘RIP to a brother and always a brother. Reagan Asbury so much memories. Since we was little he has always had my back.’

Event promoter, Black Country Boxing (BCB), said: ‘Our thoughts are with the victims and we will be liaising fully with the police and the venue.’ 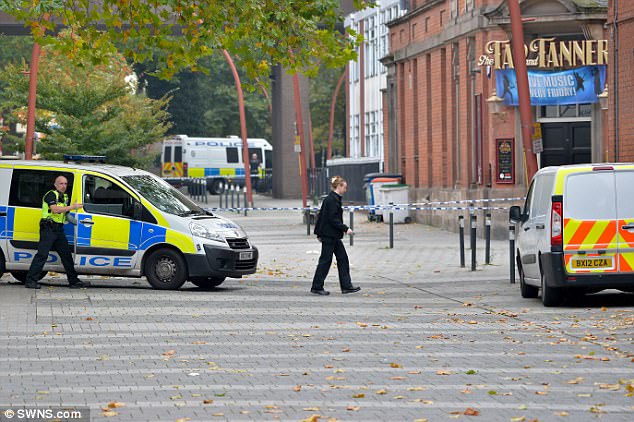 In a statement, BCB added that all members of the public had been given a full-body search going into the venue, in line with boxing industry regulations, and all drinks were served in plastic glasses.

The company said: ‘In the final rounds of the top bill fight a fracas began inside the venue and security ushered a number of those in attendance outside, in order for the promotion to continue.’

Walsall Council, whose headquarters are just yards from the scene, said it was supporting the police investigation.