A police officer on duty at London’s Notting Hill Carnival has revealed he arrested a female reveller who slapped his bottom during an on-going incident.

Inspector Owen Pyle, who is a neighbourhood inspector for MPS Southwark, tweeted his disdain at the female party goer, who he later arrested.

‘While dealing with an incident at Carnival yesterday a woman thought it’d be funny to slap my bum. She soon regretted it when I arrested her.

‘I don’t come to work to be sexually assaulted while doing my job. That kind of behaviour is unacceptable.’

Other social media users chimed in to support the officer, with the tweet receiving over twenty likes, but the officer did point out that the festival atmosphere may have fueled her behaviour.

‘I think alcohol played a part tbh. But we need to be robust in dealing with people who think it’s ok to do that.’ 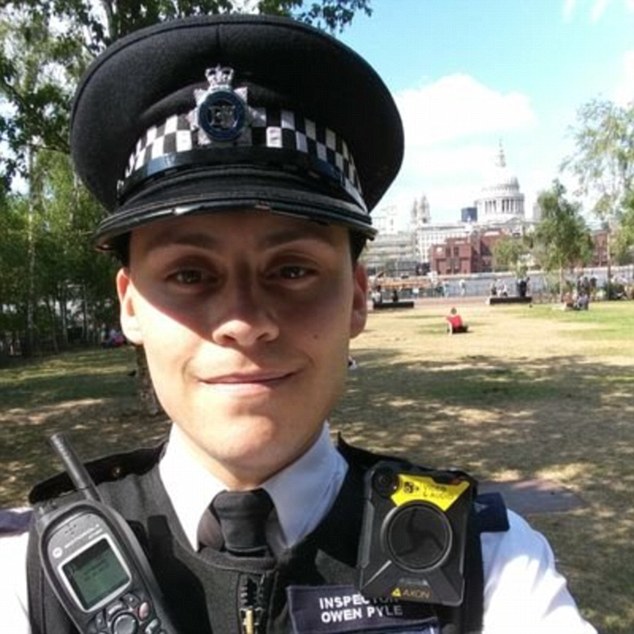 The officer admitted that alcohol may have played a part in her behavior, but said officers need to be robust with ‘people like that’

The party-goer was escorted away from the carnival following the incident.

On Twitter one user Will (@willscottb) said ‘firm action needs to be taken against anyone like that.’

‘I can’t remember whether it was last year but that video of a male reveller grinding up against a female police officer springs to mind. Firm action needs to be taken against anyone like that.’

‘I really don’t understand how people can think that behaving like that towards a police officer or anyone else for that matter would be acceptable.’

In a statement to the MailOnline the Met Police said: ‘At 21:45hrs on Monday, 27 August a 26-year-old woman was arrested on suspicion of being drunk and disorderly in Westbourne Park Road, W2.

‘She was taken to a central London police station, where she was issued a dispersal order requiring her to leave the Carnival footprint.

‘The arresting officer deemed it more appropriate and proportionate based on the circumstances to arrest the woman on suspicion of being drunk and disorderly.’

This comes as Scotland Yard today hailed the Notting Hill Carnival a ‘safe and spectacular’ success as party-goers welcomed a rise in police presence.

More than a million revellers descended on west London for Europe’s biggest street party, which took place over the bank holiday weekend.

During the course of the weekend officers imposed stop-and-search orders on both days and installed new ‘knife arch’ metal detectors at key points for the first time after a surge in violence on London’s streets. 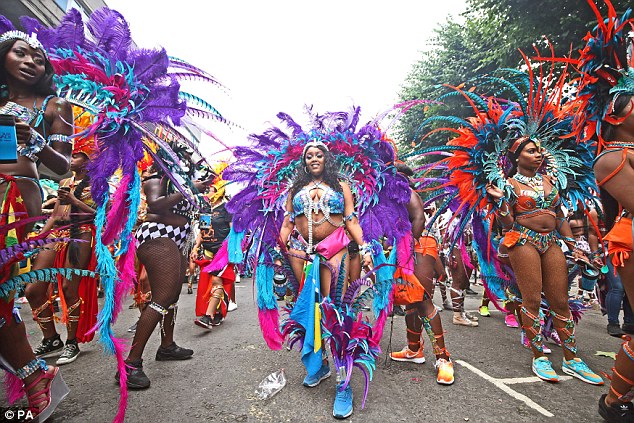