In the first attack a 26-year-old woman was left with life-changing burns after an unidentified suspect threw acid at her face as she walked along a street.

The victim, who suffered injuries to her face and leg, was taken to hospital following the horrifying attack near Canary Wharf on Wednesday evening, just after 7pm.

It is believed she was targeted in Marsh Wall, near South Quay DLR station, before running to Westferry Road which is where police attended.

The substance has been tested and confirmed as a strong acid solution.

The second attack happened at 8.30pm at Crossharbour DLR station. 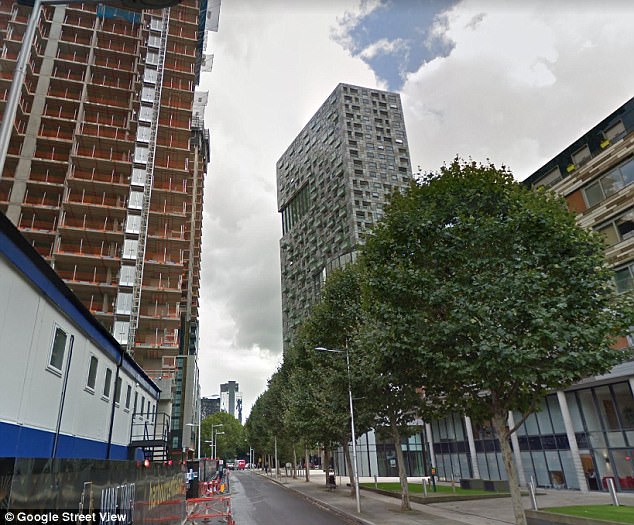 During that incident an Asian man was exiting the station with friends when he was assaulted with an alkaline solution.

The suspects, described as white males aged 20-22, are believed to have got out a Volkswagen car, before attacking the man.

One was dressed in a grey hooded top with a baseball cap while the other was in a blue jacket and had a short beard.

The victim was treated and discharged from hospital.

No arrests have been made and inquiries are continuing.

Police said at the early stage in their investigation, there is nothing to link the two attacks.

Officers investigating the first attack are currently reviewing CCTV and pursuing a number of leads to identify the suspect, who was not seen by the victim.

A Scotland Yard spokesperson said: ‘Someone has thrown this at her. She hasn’t seen who did this or how.

‘In terms of whether the attacker was on foot or in a car or on a bike, we don’t have that level of detail.

‘There was nothing said and no discussion. At this stage nothing indicates she knows who the suspect is.’

Anyone with information about the second attack should call British Transport Police on 0800 40 50 40 quoting reference number 451/December 27. 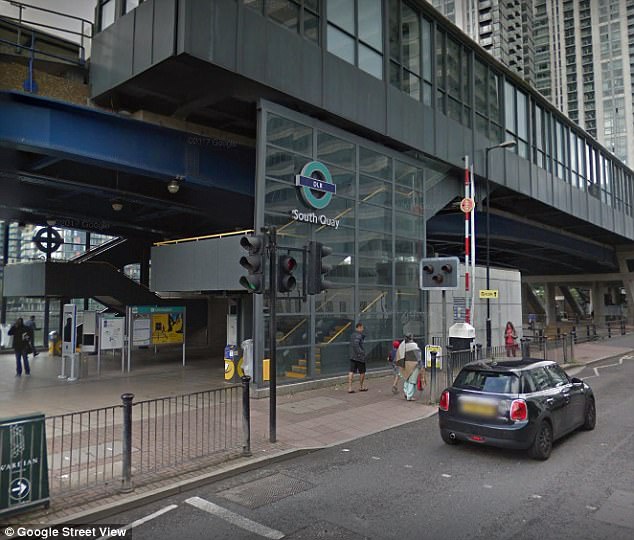 It is believed the victim was targeted in Marsh Wall, near South Quay DLR station, (pictured) before running to Westferry Road