Police are investigating after an irate father kicked his young son in the chest and appeared to threaten to throw him off a balcony at a Taiwan mall.

The distressing incident was filmed by a witness inside T. S. Mall in Tainan City,  Taiwan.

The video shows the parent being followed by his two young sons, one of whom was apparently disobedient and incurred the wrath of his father. 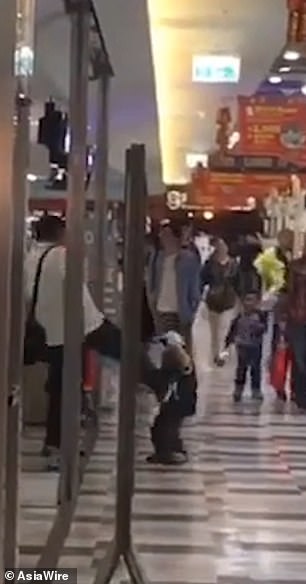 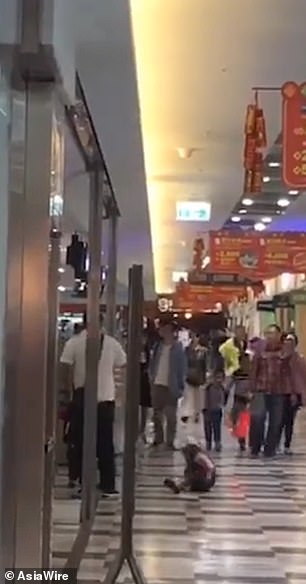 As the father leans against the glass railings and his son approaches him, the parent shockingly extends his right leg and kicks the boy in the chest, causing him to fall down on the tiles.

The crying boy is then picked up by the scruff of his top, with the dad apparently threatening to toss him over the railings when a concerned shopper finally intervenes to stop him.

The witness who filmed the incident said they began recording after the dad scolded and hit his son.

The family are believed to have left the shopping centre shortly after.

Jhuo Hsin-yu, an officer with the First Precinct of the Tainan City Police Bureau, has confirmed they are looking into the case of suspected child abuse.