Middle-aged female police officers are being provided with ‘crying rooms’ at work for when they feel overcome with emotion during the menopause.

But police chiefs behind the measure have been criticised for ‘patronising’ female staff.

The women are also ‘risk-assessed’ for every job they do and are being allowed to come into work late, as part of initiatives by Nottinghamshire Police.

More employers are introducing menopause policies to retain staff and avoid being sued for discrimination. Others include Leicester University, Severn Trent Water and energy company E.ON.

The news follows moves in 2016, reported by The Mail on Sunday, to provide police and firefighters with ‘menopause classes’ to help colleagues going through the change.

Nottinghamshire Police’s policy says menopausal women should be allowed to take frequent breaks, have easy access to toilets and showers and be given desks with a breeze or given a fan. They should be able to change their uniform or remove unnecessary layers to cope with hot flushes. They should also have ‘private areas’ ‘to rest temporarily, cry or talk with a colleague’.

However, critics believe women will find special allowances patronising. Sam Taylor, editor of The Lady magazine, said: ‘The police are being indulgent. By the time a woman hits her mid-40s, she really should be able to pull herself together when she’s having a hot flush. I work in a magazine full of middle-aged women and if they feel a bit overwrought, they go home after work and have a stiff gin and tonic or mainline chocolate Hobnobs and sweet tea.’ 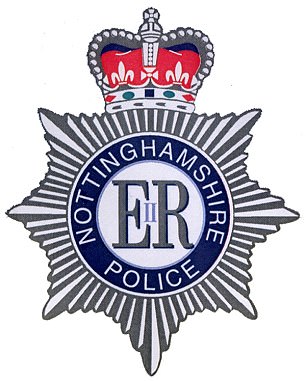 Nottinghamshire Police’s policy says menopausal women should be allowed to take frequent breaks, have easy access to toilets and showers and be given desks with a breeze or given a fan

But campaigners said employers should treat menopause in a similar fashion to maternity.

Deborah Garlick, founder of support network Henpicked, said: ‘Nobody would argue against the need and value of maternity policies, which took decades to roll out. We would like to see menopause policies accelerated and implemented much faster than that.’

However, Tory MP David Davies said: ‘I don’t think they need to be told they may need a private space to cry. That’s a little bit insulting to women officers who confront very tough situations on a daily basis.’

‘It was just such a waste of talent,’ she said. ‘Bringing in a policy was absolutely the right thing to do.’

GP Dr Louise Newson, a menopause expert, said the effects on women should not be underestimated. Four in five menopausal women experienced symptoms that had an impact on their working lives, according to a study of staff at West Midlands Police.

And she said hot flushes were not even in the top three symptoms of concern, which were fatigue, anxiety and memory loss.