A man has been arrested on suspicion of murder following the discovery of a body in Hertford, police have confirmed.

The body of a man, who has yet to be formally identified but is described as being in his late 20s, was found in woodland near the junction of Bullocks Lane and Hornsmill Road on the evening of Saturday May 26.

A man who is aged in his 30s and from Hertford, was subsequently arrested on suspicion of murder and later released on bail.

Police have arrested a man suspicion of murder after a man’s body was recovered in Hertford on Saturday evening. The suspect was later released on bail 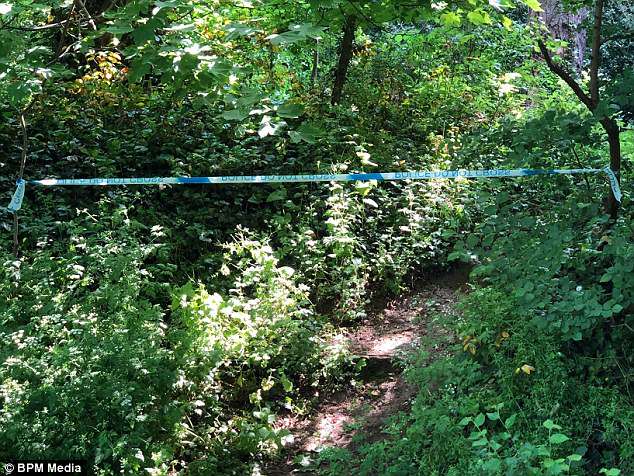 The victim, who is believed to be in his 20s, has not yet been formally identified by police 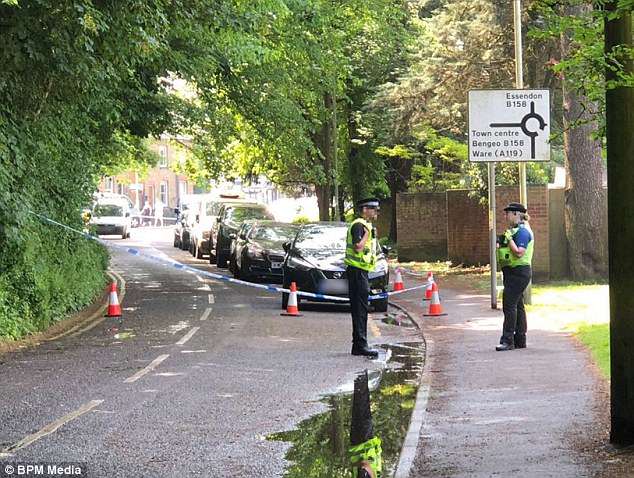 Police are continuing to investigate the circumstances surrounding the death, which is currently being described as ‘unexplained’.

A post-mortem is expected to take place at some point this week to determine the cause of death.

News of the body’s discovery was met with horror from local residents, many of whom said they had never had any trouble in the area before.

Some however reported that the path through the woodland, which borders the recreation grounds next to County Hall, was thought to be used as a gathering place at night and was frequently littered with drinks cans. 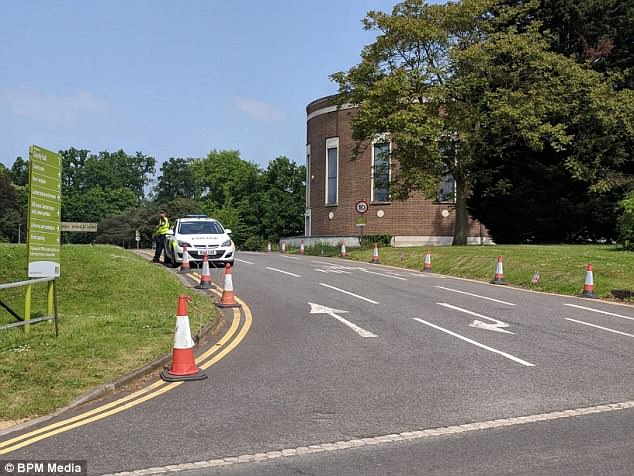 Forensics teams were seen working within the trees at the junction of Bullocks Lane and Hornsmill Road on Sunday, where a white tent had been erected.

The nearby Grape and Grain store was also cordoned off by police on Sunday morning, but was allowed to open later on in the day.

A spokeswoman for Hertfordshire Constabulary said: ‘Police were called at 9.35pm on the evening of Saturday, May 26 to reports of concern for the welfare of a man in woodland off Bullocks Lane, Hertford.

‘Officers immediately attended the scene and discovered a man had sadly passed away.

‘A man in his 30s from Hertford has been arrested in connection with the investigation.

‘He has been released on police bail pending further enquiries.

‘The death is currently being treated as unexplained.’