This is the first picture to emerge of the church-going grandmother who was found dead at an ancient almshouse in a sleepy village.

Police found the body of 71-year-old Christine Ford shortly before 8pm on Saturday in Flamstead, Hertfordshire.

Concerned family members contacted officers when they realised she was missing.

Ms Ford had moved into one of a block’s four almshouses around 10 years ago to be closer to her family.

Her friend, Carole Morris, said: ‘She was a lovely social person and loved walking around the village with her two grandchildren and her son’s dog Archie. She wouldn’t have harmed a fly.

‘She was attractive and always had her makeup on and looked smart and immaculate. She was just smiley and kind.’ 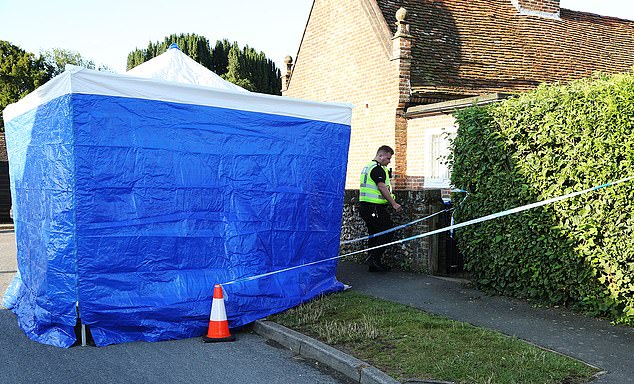 Pictured: Police set up an incident tent next to the almshouse in Flamstead, Hertfordshire, where the 71-year-old died 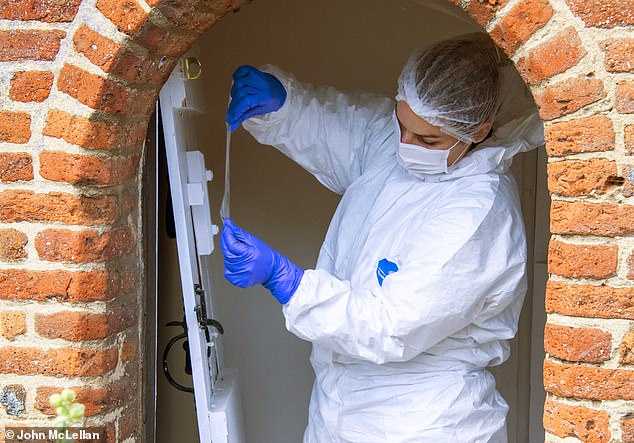 Pictured: A forensics officer at the almshouse today, where the body of Chrissy Ford was discovered on Saturday 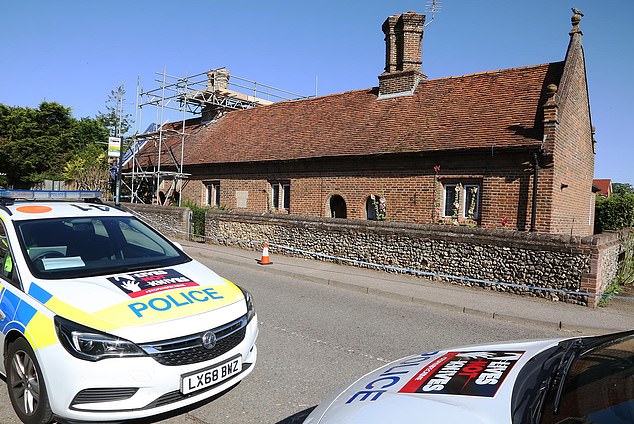 Pictured: The almshouse at which Ms Ford’s body was found on Saturday in Flamstead, Hertfordshire 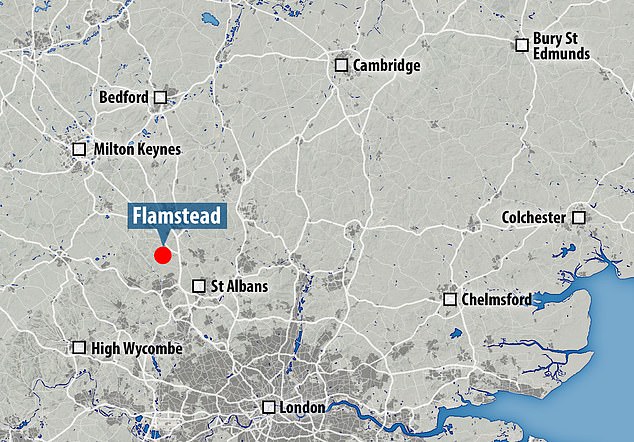 Ms Ford lived a stone’s throw from the local village stores and was always an early bird at the shops.

She enjoyed meeting friends for morning coffee in The Spotted Dog pub in the High Street, just yards from where she lived. 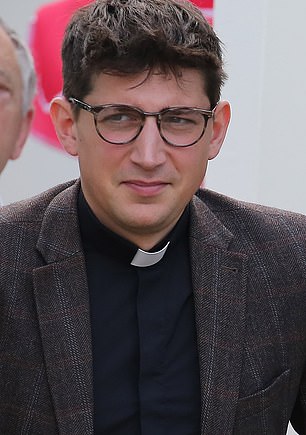 Neighbours said she would often be seen in the gardens of the village church tending the flowers and paying special attention to the peach coloured roses, which were her passion.

One of her favourite pass-times was walking with her two grandchildren through the village with their pet dog Archie.

Over the years, she quickly endeared herself to the village and regularly tended the gardens of the local church – St Leonards – just 100 yards from her home.

Vicar Tom Sander said: ‘She was a committed member of the church family and regularly looked after the roses in the churchyard.

‘She would attend church and she would help with the flowers inside the church, but she was so keen on looking after the peach coloured roses in the church gardens. 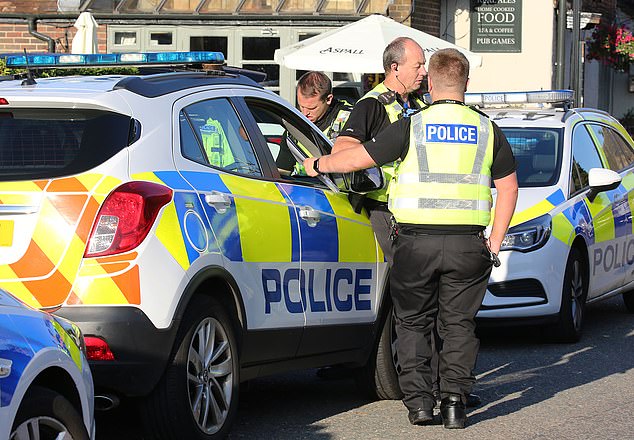 Pictured: Police at the scene in Flamstead, Hertfordshire, where the 71-year-old was found dead on Saturday evening

‘She was a very keen gardener and a very nice person. When you met her, you came away afterwards feeling better for having seen and spoken to her – she was that sort of person.

‘I suppose she was in her early 70s and she was a single and retired lady, who had moved to the village to be nearer her family.’ 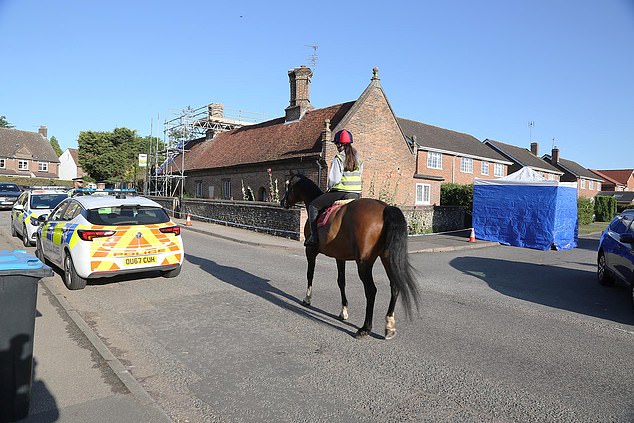 An incident tent stands next to the ancient almshouse in Flamstead, Hertfordshire, today as police investigate the grandmother’s death

The almshouse where she lived was built in the 1600s and is run by a trust. Almshouses are given to people who have a local connection to the village and who may have fallen on hard times. 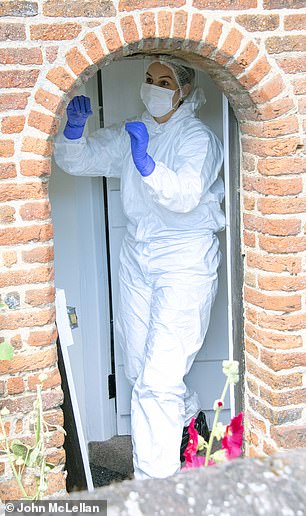 Reverend Sander said: ‘She had a really loving family around her and friends.. She was close to many people in the village. She didn’t drive and so you would see her walking on foot everywhere, but family was very important to her.

‘The tragedy is that she was so happy here having moved to Flamstead, it was like she had found a new lease of life by getting involved in village life.’

The grandmother regularly called by the local shop in the village for her morning paper and groceries.

A villager said: ‘You would often see her with her grandchildren who she had collected after school and they would stop by the shop for an ice-cream on their way home.’

After Ms Ford’s body had been found on Saturday evening, a police helicopter flew over the village and surrounding fields and lanes.

One resident said: ‘This is such a peaceful, rural spot. It’s the last place you would think something like this would happen. To say it’s like something out of Midsomer Murders is not an exaggeration.’ 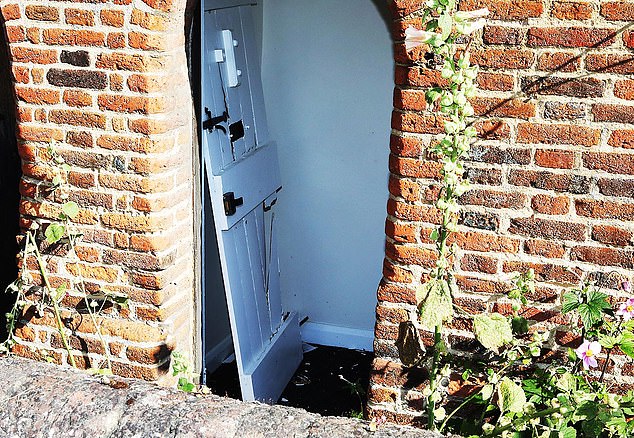 Another villager said: ‘We are all in shock because it feels very personal when you live in such a small community as this.’

Police arrested a 64-year-old man this afternoon and he is currently in custody.