Police launch urgent appeal for missing mother, 28, and 20-month-old son who have not been seen for nearly 24 hours

A mother and her one-year-old son have been missing for nearly 24 hours causing police to launch an urgent appeal.

Madelina Arapu, 28, and Darius were last seen at home in West Watford at 4.30pm yesterday.

The mother and son were believed to be taking a train to Northampton last night but have not been seen since. 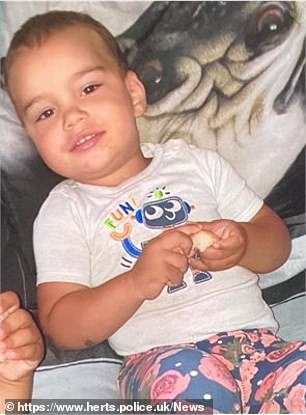 Madelina Arapu, 28, and her son Darius, 20 months, have been missing for nearly 24 hours from their home in west Watford 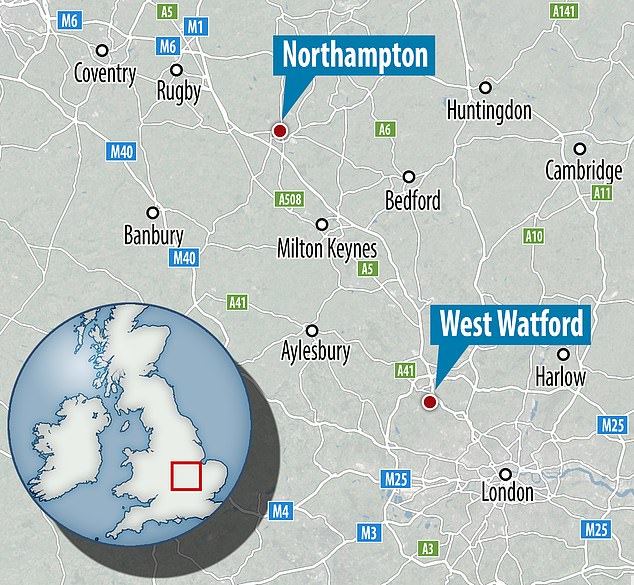 The mother and son were believed to be taking a train to Northampton and were last seen at home yesterday at 4.30pm

Madelina has a slim build with long red hair and was last seen wearing a white T-shirt and dark-coloured trousers with a floral pattern on them.

Darius, 20 months, was wearing a white T-shirt and blue trousers.

‘If you believe you are with Madelina and Darius now or have seen them in the last few moments, please call 999 immediately quoting ISR 931 of 24 July.

‘If you have seen Madelina and Darius since they were reported missing or have information about where they have been, please call Hertfordshire Constabulary’s non-emergency number 101.’