Police name man suspected of snatching schoolgirl off London street and forcing her to perform sex acts before a horrified passerby rescued her – but warn the public: ‘Don’t take the law into your own hands’

A man is being hunted by police after a suspected rape attack on a teenage girl in south-west London.

Police are hunting for Kadian Nelson, 26, who is believed to reside in the Mitcham area, following the alleged rape in Merton.

Officers from the Metropolitan Police were called shortly after 7am and the teenage girl is being supported by specialist officers.

A crime scene remains in place and there have not been any arrests at this stage.

Today a Section 60 Order was authorised for the entirety of the Borough of Merton and Wandsworth which grants officers additional stop and search powers, as a result of ‘fears of serious violence’. 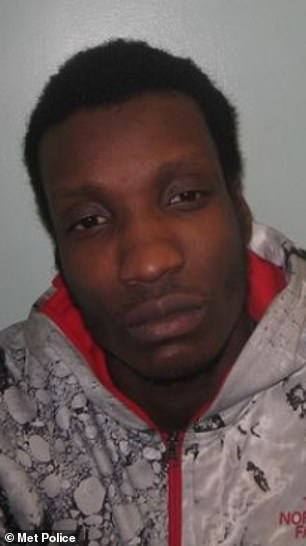 Kadian Nelson (left and right), 26, being hunted by police after a suspected rape attack on a teenage girl in south-west London

Det Supt Owain Richards said: ‘Police have been conducting extensive enquiries today to locate Kadian Nelson after an allegation of rape was received shortly after 07:00hrs to the North Place area on Tuesday, 3 November. A teenage girl is being supported by specialist officers.

‘I am appealing directly to Kadian to attend his nearest police station immediately, or to call police and inform us as to his whereabouts. This is for his safety, as well as members of the public.

‘I recognise that this is a shocking and distressing incident and emotions locally are running very high. We are of course aware of videos and images circulating on social media, and of groups of people attending various addresses.

‘I urge those people to go home. Do not try to take the law into your own hands or you may end up doing something you regret and potentially face police action yourself.

‘You must allow us to do our jobs. It is imperative that we follow the right processes as we investigate this incident as any interference could potentially affect proceedings further down the line. 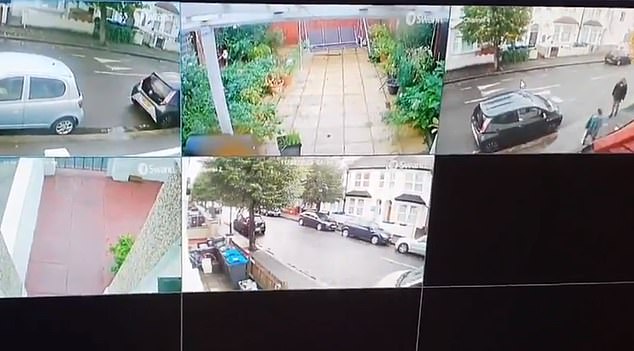 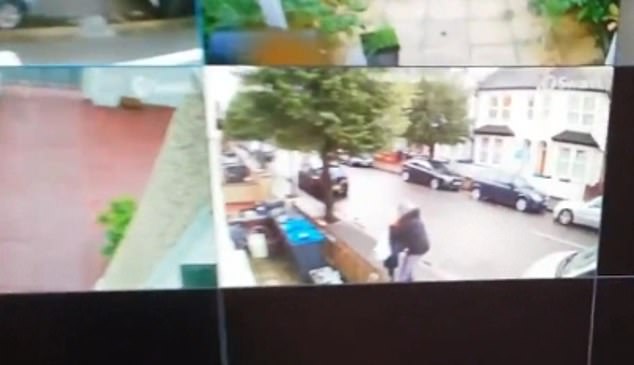 During the footage, the filmer asks, ‘do you know him?’ and the girl, who is in tears, replies, ‘no I don’t know him… I’m really scared…’ 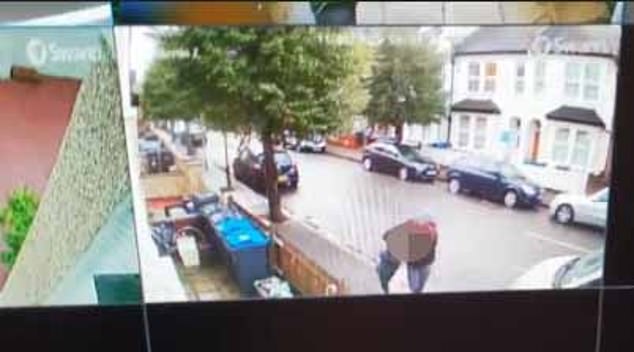 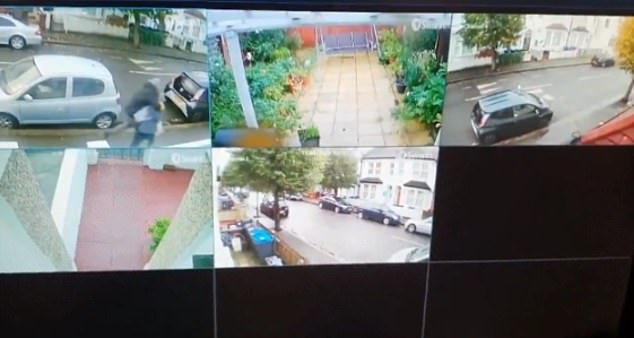 The filmer’s sister shared the clip at 7.05am this morning and said her sister witnessed a man abducting a young girl whilst on her way to school 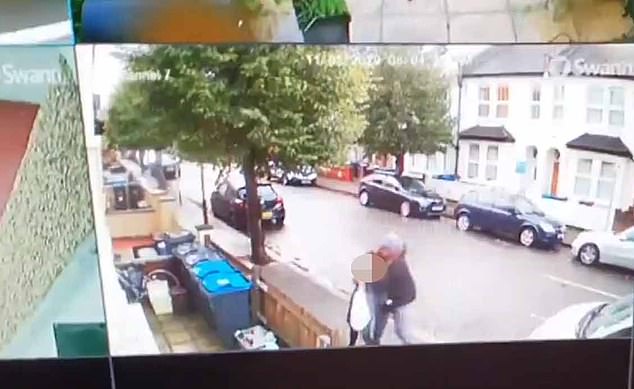 After the alleged attack, the man runs away, leaving the shaking and crying girl in the street

‘A Section 60 Order has been authorised for the entirety of the Borough of Merton and Wandsworth, granting police additional stop and search powers, as a result of fears of serious violence.’

Following the attack, footage shared on social media showed the attacker hold the schoolgirl and pull her along the residential street.

During the clip, the young girl walks along the street when the man runs up behind her and pulls her from behind.

He then keeps his arm firmly around her shoulders and pulls her along the street out of view.

Any witnesses or those who have information that could assist police is asked to call 101 ref CAD V184/20.