A German police officer invited two ‘rubber-neckers’ to look at dead bodies after a crash on the motorway to shame them into not taking pictures.

Stefan Pfeiffer confronted the motorists taking photos on the autobahn near Nuremberg after a 47-year-old truck driver died in a smash around noon on Tuesday.

In a video captured by broadcaster Bayerischer Rundfunk, he persuades a driver: ‘Come on, I’ll show you something … Do you want to see the dead people – make pictures?

German police officer belittles drivers for trying to take photos of an accident victim: “Do you want to see the dead people? Pictures? Come!” pic.twitter.com/c247d7GXT1

Stefan Pfeiffer leads one of the motorists, saying to him: ‘Look at him! He comes from Hungary (where the ‘rubber-necker’ is from). Look at him! Come!’ And the many replies he is sorry. 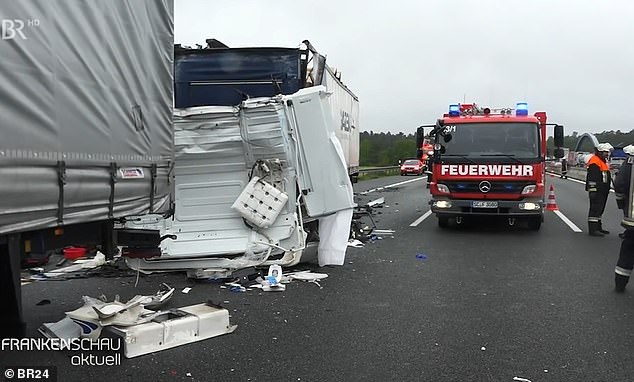 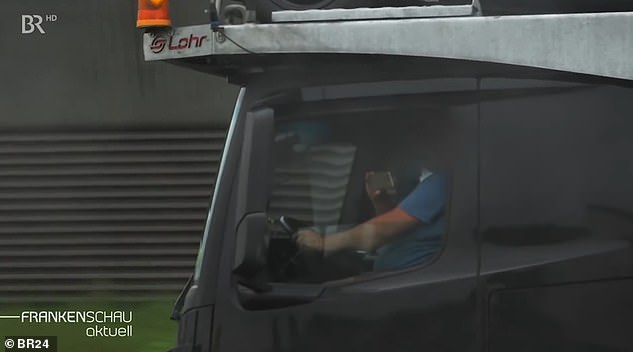 He told the embarrassed men, ‘Shame on you,’ and handed the pair 128.50 euros (£115) fines – the standard for taking unauthorised photos of a crash scene.

In the footage he walks the drivers from their vehicles to the side of the road close to the crash, but each of the embarrassed men stop before going any closer.

Pfeiffer said he was simply illustrating the ‘bitter reality’ of traffic fatalities and would not have allowed them any closer.

‘For us its definitely an opportunity to confront people on their behaviour,’ he told BR24. ‘Simply to demand €128.50 and send them on their way won’t really teach them a lesson. They need to understand what they are actually doing. 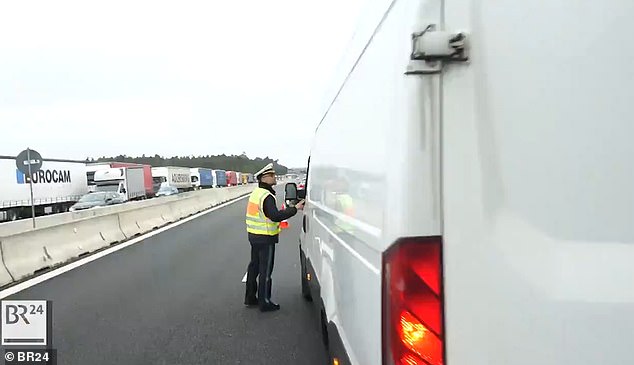 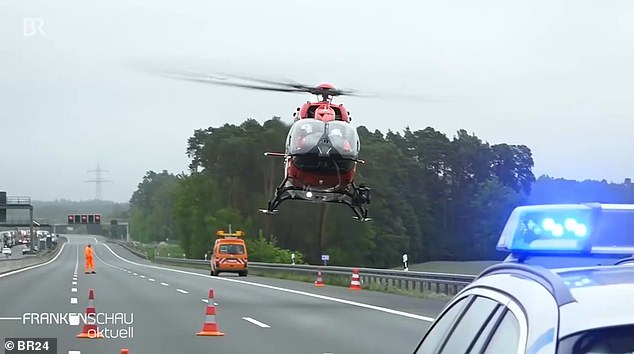 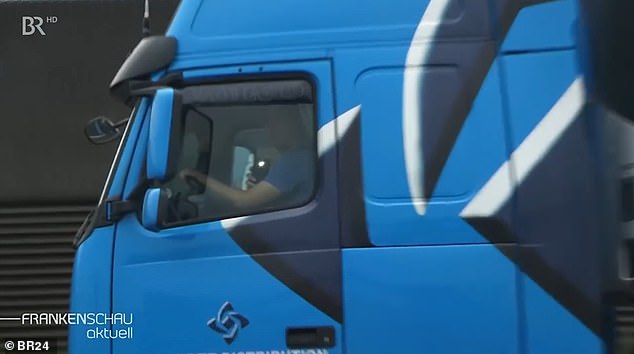 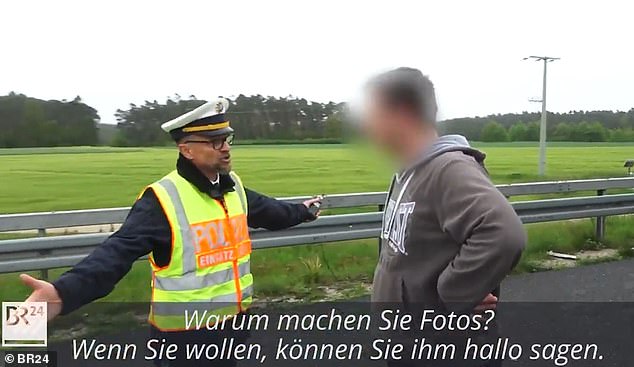 Pfeiffer asks: ‘Why do you want to take pictures? If you want you can say “Hello” to him’

‘By shocking them, we want to make it clear that this is not a game but a bitter reality.’

Not only were their actions shameful, but Pfeiffer said he noticed they were taking their hands off the wheel, causing yet more danger to other drivers on the motorway.

The video of the incident posted on Twitter by the BR24 news network has gone viral, clocking thousands of views and shares. 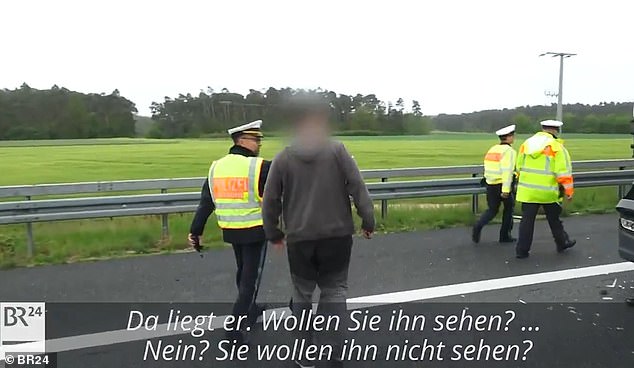 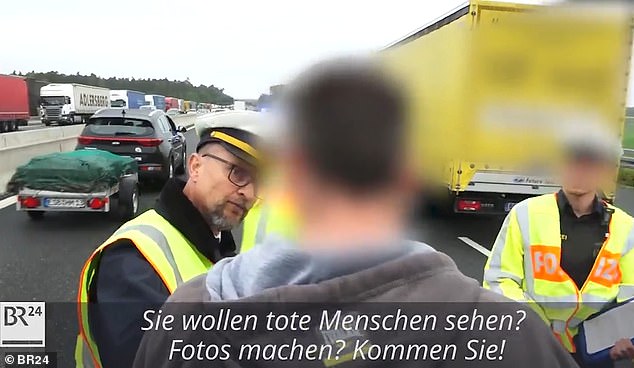 Pfeiffer asks: ‘Do you want to see the dead people? Pictures? Come!’ 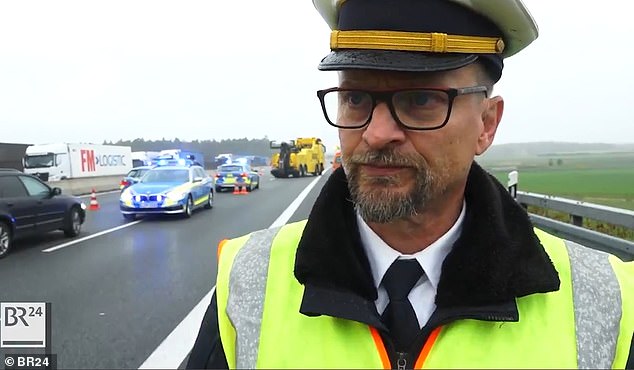 Pfeiffer said he was simply illustrating the ‘bitter reality’ of traffic fatalities and would not have allowed them any closer.

Twitter users have hailed the officer for drawing attention to the problem.

Tony Carter wrote: ‘Well done. People should try and put themselves in the other person’s shoes it might be your mum or dad one day.’

While Heiko Horst said: ‘Exactly right! I also find the punishment ridiculously low, there should be at least 500 euros – otherwise this does not deter anyone.’