Shocking footage shows a dog attack a police officer who screams in agony as he is mauled in a video released by London police.

Michael Foster, 22, deliberately set his dog on the officer in London in an attempt to avoid a drugs search.

He was sentenced to 29 months in prison at Harrow Crown Court on Monday.

Police were called to reports of drug dealing in north west London on November 28, 2016.

When police arrived at the scene Foster was cycling along slowly with the dog.

But as the officer got out of the police car, Foster dropped his bike and ran, refusing to stop when police shouted at him to do so.

The officer chased him and grabbed his coat, telling him he was detained for the purpose of a search.

The dog then started barking aggressively at him but Foster ran behind a vehicle and made no attempt to get the dog when the officer told Foster to control it.

The dog jumped up and bit the PC on his left thigh, cutting deeply into his flesh and biting his wrist.

He required hospital treatment for the injuries.

The officer was forced to use his Taser on the dog to get it to release its grip. It then ran off and has not been traced.

Michael Foster, 22, set his dog on the officer in London in a bid to avoid a drugs search

The PC then limped to the police car for safety and awaited back-up.

Foster, of Watford Way, north west London, was arrested later that day by another officer.

He pleaded guilty at Harrow Crown Court on 23 June of being in charge of a dog dangerously out of control causing injury.

Sergeant Craig Martin, from Barnet’s Gangs Unit, said: ‘Foster used his dog as a weapon to facilitate his escape from a drugs search.

‘The attack resulted in the officer receiving serious injuries, which needed hospital treatment.

‘No officer should be attacked for simply carrying out their duty and dogs should never be used as a weapon. Anyone who thinks it is okay to injure an officer or use a dog inappropriately will be brought to justice.’ 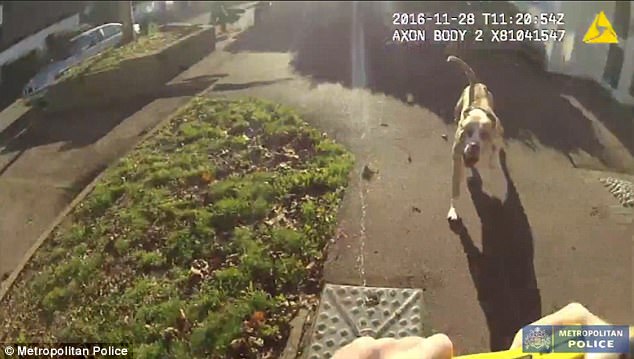 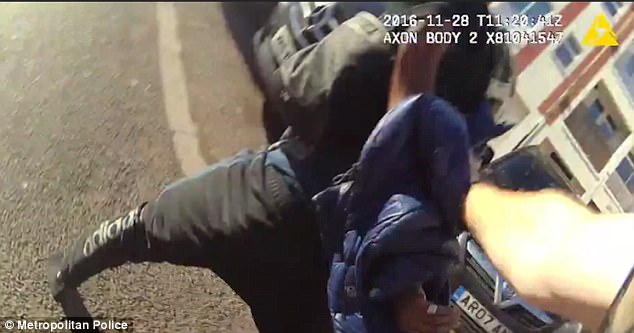