The shooting of two unarmed African Americans by police officers has led to an eruption of protests along the streets of Connecticut.

Stephanie Washington, 22, and her boyfriend Paul Witherspoon, 21, were shot by Hamden police officer Devin Eaton and Yale police officer Terrance Pollack as they sat unarmed in their car near Yale university’s campus in New Haven.

Surveillance footage retrieved by CBS News shows the moment the responding officers jumped our of their SUV and fired multiple rounds at the couple last Tuesday.

Stephanie Washington, 22, and her boyfriend Paul Witherspoon, 21, are shot at by police officers Devin Eaton and Terrance Pollack as they respond to an attempted robbery in New Haven, Connecticut 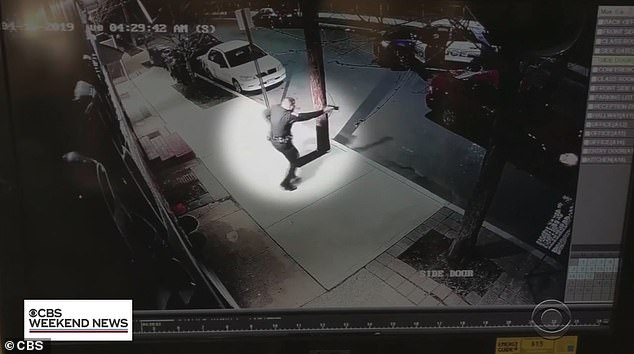 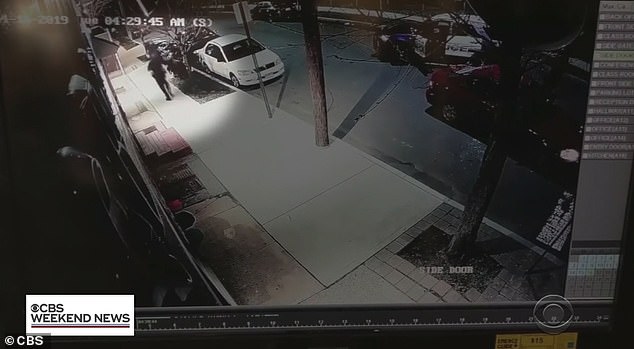 During the shooting, Ms Washington was shot in the face and has since been hospitalized with non-life-threatening injuries, according to university officials.

The officers had been responding to an attempted robbery in the area when they spotted a red car matching the description of the suspect’s car.

During the CCTV video, police officer Devin Eaton is seen leaping out of the police car and raising his gun towards the vehicle.

He then begins to fire multiple shots at the unarmed couple after Mr Witherspoon abruptly gets out of the vehicle before running away from the car towards the end of the street. 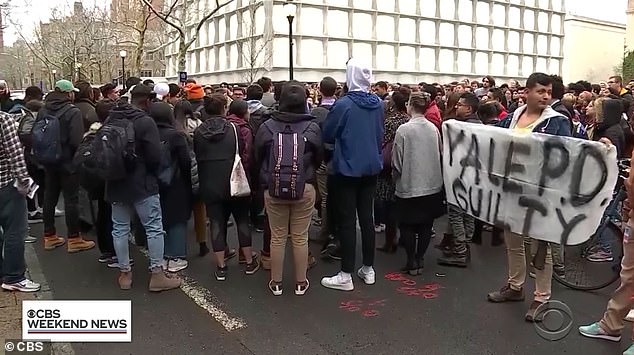 Following the shooting, protesters poured onto the streets and said the couple were unfairly targeted 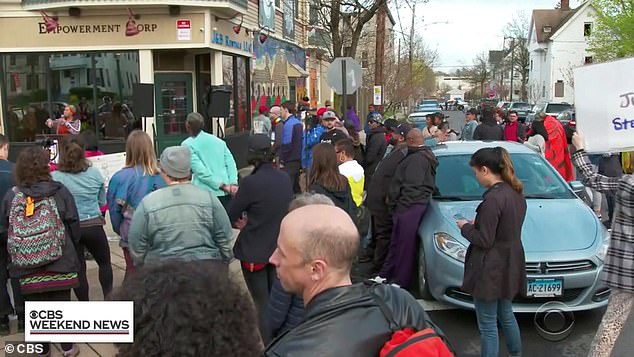 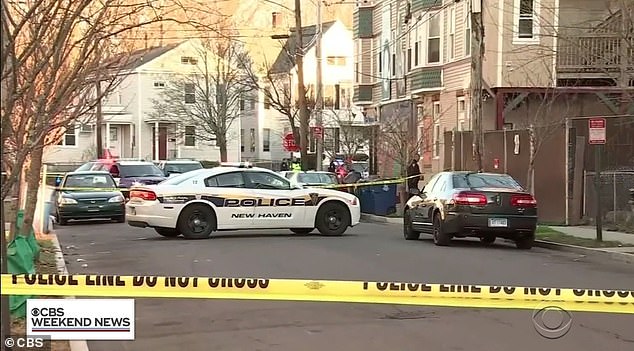 Following the shooting last week, both officers have been placed on administrative leave

The shooting has led to an outpouring of peaceful demonstrations along the streets from groups such as the Black Lives Matter movement and Yale University students, with protesters claiming the African American couple were unfairly targeted.

Mr Witherspoon’s uncle, Rodney Williams, told CBS News that the incident also sheds light on how police in the country are trained.

He said: ‘You need to look at what’s really going on with the police … really look at how the police look at residents period.

‘The police could be black, white, Puerto Rican … it’s just a police issue … I think we need to be respected as human beings and I feel like they really don’t.’

The two police officers have now been placed under administrative leave.

Connecticut State Police have said they will release further information on their investigations later this week.