A mentally-ill knife-wielding young woman who was shot dead by police outside a western Sydney Hungry Jack’s, posed an ‘imminent threat’ to officer’s lives, police have claimed.

Officers shot 22-year-old Courtney Topic after she was seen brandishing a 30cm-long kitchen knife after attempts to subdue the woman with pepper spray and a defective Taser had failed.

Ms Topic was shot in the chest less than a minute after police arrived on the scene, as she stood outside a Hungry Jack’s in Hoxton Park in 2015.

Officers fatally shot Courtney Topic (pictured) in 2015 as she stood outside a Hungry Jack’s in Hoxton Park, Western Sydney while brandishing a 30-cm long kitchen knife 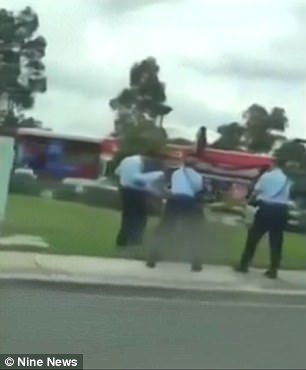 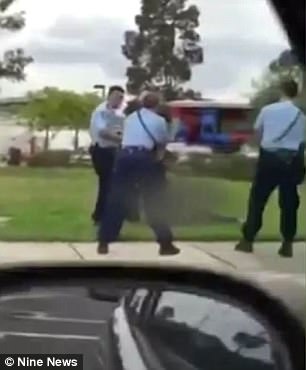 Police arrived on the scene after receiving several triple-zero calls before midday, and 41 seconds later a single fatal shot was fired

NSW Probationary Constable Angela Tyson confronted and tried to Taser the woman when she lunged at two officers.

Constable Tyson told the Glebe Coroners Court on Monday there was no time for negotiation or multiple de-escalation techniques before the woman was shot dead.

In shaky bodycam footage from the scene, Constable Tyson can be heard repeatedly asking the young woman to put the knife down. 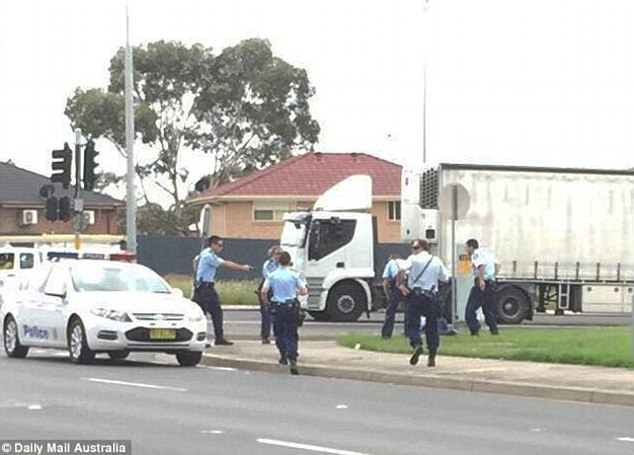 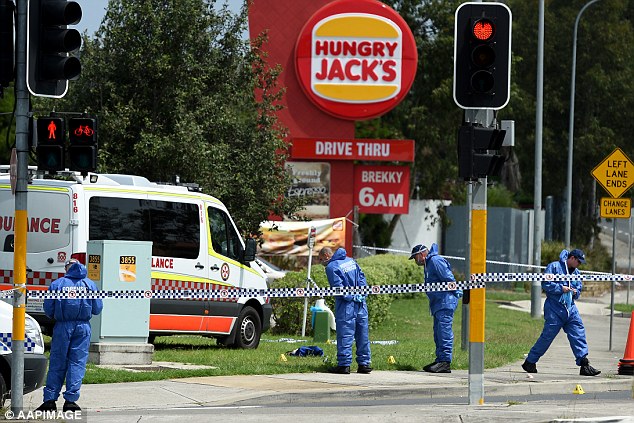 When the young woman refused to put the knife down and moved towards Senior Constable Tesoriero she was fatally shot in the chest.

Constable Tyson conceded to the court that her de-escalation techniques were limited to verbal directions because there was not enough time for anything else, but insisted there was an imminent threat to her life.

‘She turned immediately to her right and looked at Senior Constable Tesoriero, she raised the knife in her left hand and extended her left arm and ran towards Tesoriero,’ Sergeant Glenn Sadler told an earlier inquest hearing. 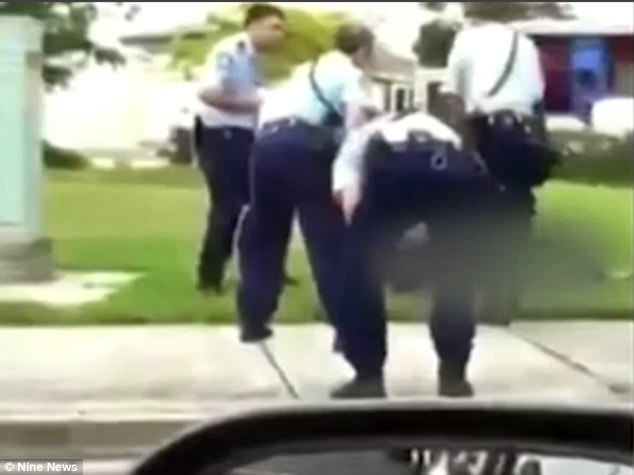 NSW Police tried to subdue the 22-year-old with pepper spray and a defective Taser before shooting her in the chest, and although they carried out CPR, she died shortly afterwards

Counsel assisting Gerard Craddock SC told the court Ms Topic had suicidal thoughts and likely suffered undiagnosed schizophrenia and was in the middle of a days-long psychosis when she died.

The inquest will examine the adequacy of police training for responding to people suffering mental health problems, communication strategies and the use of weapons.

It will also examine whether ‘non-lethal force’ could have been used to respond to the incident.

The court previously heard two of the three officers had only one day of mental health training before the incident, and the third officer had no training at all.

In a statement to court, Ms Topic’s family described her death as ‘sudden, unexpected and violent’. 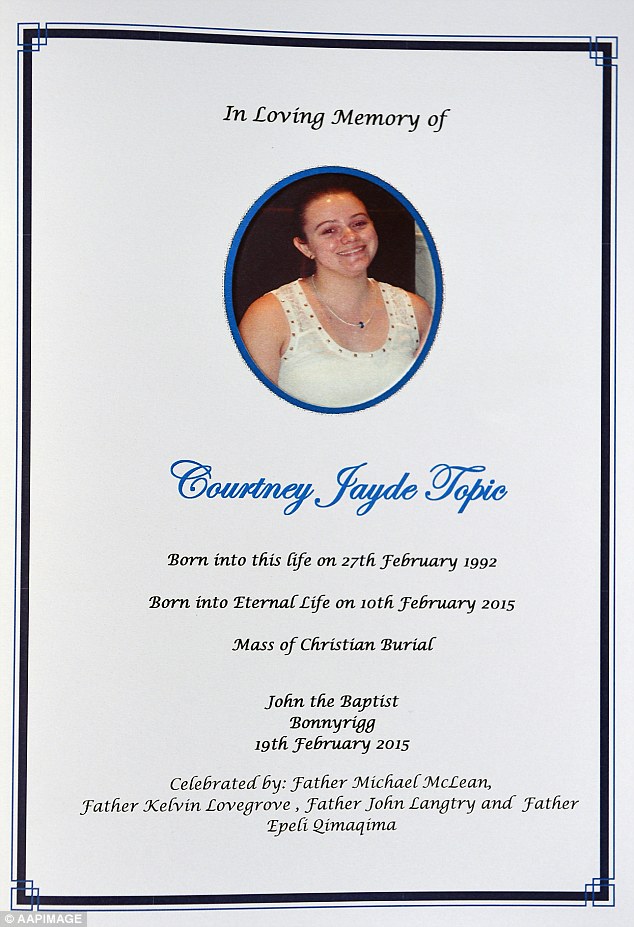 In a statement to court, Ms Topic’s family described her death as ‘sudden, unexpected and violent’