TV wildlife expert Chris Packham said he has been sent death threats after backing a legal challenge which resulted in restrictions on shooting ‘pest’ birds.

The BBC Springwatch host, who lives with his partner Charlotte Corney in Hampshire’s New Forest, said he had been chillingly warned that a car crash or poisoning could be ‘organised’.

But a hate campaign, which began when the bodies of two dead crows were found hanging from the gate of his home last Thursday, has now escalated to ‘very serious’ death threats in recent days.

Packham, 57, told the BBC’s Victoria Derbyshire programme today that he received a letter yesterday ‘designed to elicit as much fear as possible’. 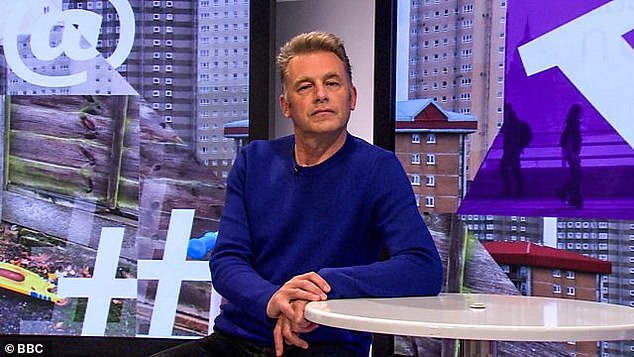 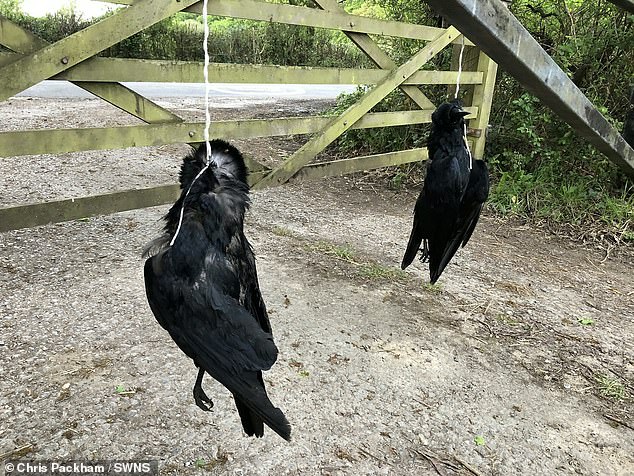 Packham has also been sent a package of human excrement in the post, which was later taken away by police for analysis with DNA samples now taken.

He also condemned Facebook for resisting calls to remove his address from a pro-shooting group that had urged supporters to target Packham.

Packham said: ‘It’s so difficult dealing with Facebook. They are extremely resistant to these sorts of things. So unfortunately that address is out there.

‘It is also out there with invitations to send me dead animals and all sorts of other things, so there is definitely incitement to violence. But Facebook, well, over to you.’

Earlier, he told Piers Morgan on ITV’s Good Morning Britain: ‘The police have spent quite a considerable amount of time at my house over the last few days. 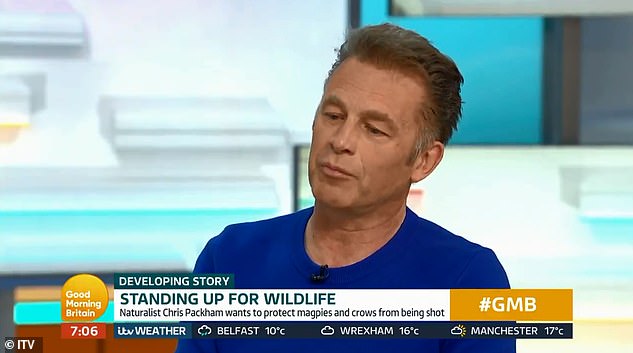 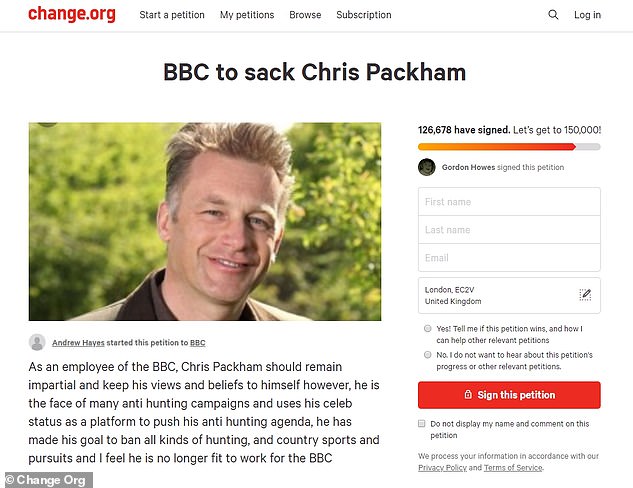 A Change.org petition urging the BBC to sack Mr Packham for the use of his ‘celeb status as a platform to push his anti-hunting agenda’ has also reached 126,00 signatures in six days.

‘We’ve had packages sent containing human excrement. I can’t speak too much about what happened last night because I haven’t been in touch with the police yet.’

Asked if there was another threat, he said it was ‘much more serious’, adding that he had received ‘death threats of a very serious nature’ against him and his family.

Packham said it is not just his family being targeted, but also businesses he works with. ‘I’m very resistant to this sort of thing,’ he said.

But he added: ‘What worries me is that the charities that I’m affiliated with, the small businesses that I work for, these people aren’t set up to take this sort of abuse and yet they’ve had to close their websites, their TripAdvisor accounts have had to be shut down, because they’ve been bombarded by these bullies who want to take aim at me.

‘My message is clear. Please, take aim at me, but leave all of the charities, all of the other businesses that I work with, leave them out of it. They’re not necessarily sharing my views. They’re not a fair target.’

Packham said he can understand the argument from farmers because they have been ‘misinformed’. 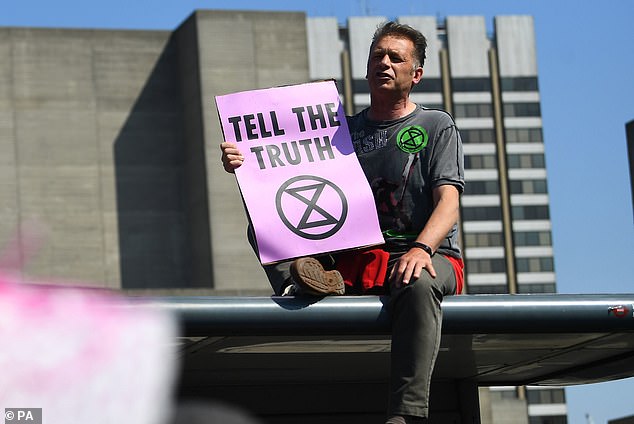 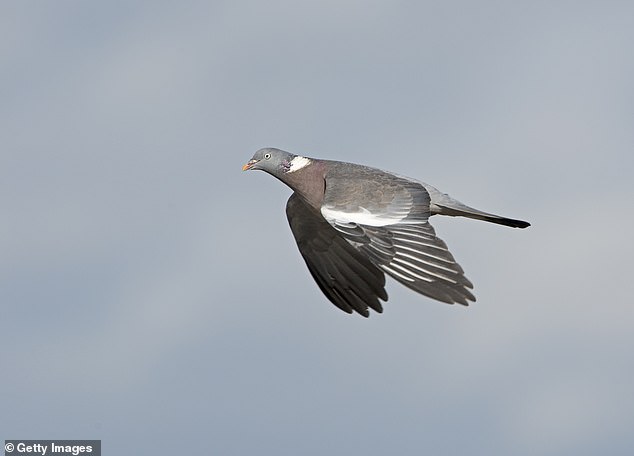 Bodies including the British Association of Shooting and Conservation (BASC), Countryside Alliance, and the National Gamekeepers Organisation have written an open letter to Environment Secretary Michael Gove calling on him to launch an investigation into Natural England’s decision.

Q: Why is there so much fuss about shooting wild bird ‘pests’?

A: Shooting wild birds is normally illegal in the UK. But every January, Natural England grants ‘general licences’ allowing people to legally shoot any of 16 wild bird species in certain situations. These are: to prevent serious damage to crops or disease; to preserve public health or safety; and to conserve other wild birds, plants or animals. They are called ‘general’ because there is no need to apply.

Q: What birds did the old licences they cover?

A: Members of the crow family – crows, magpies, rooks, jackdaws and jays, feral and wood pigeon and invasive non-native species (like the Canada goose). For example, farmers say they need to shoot pigeons to prevent them eating their crops, and crows from pecking out the eyes of newborn lambs.

Q: Why do you need a licence to shoot these birds?

A: All wild bird species in the UK are legally protected, even common species and those that some people consider to be ‘pests’. Therefore, lethal control can only be carried out lawfully under a licence from Natural England.

Q: What has changed?

A: The conservation group Wild Justice launched a legal challenge. They told Natural England that under the terms of the Wildlife and Countryside Act 1981, anyone shooting a wild bird must be able to show there was no alternative to lethal control. Natural England decided Wild Justice’s interpretation of the law was correct.

Q: Why has this caused problems?

A: Natural England announced changes to the rules with just 36 hours’ notice, causing chaos and consternation among farmers and gamekeepers. Wild Justice – which includes BBC presenter Chris Packham – had only asked that the rules change in January. The rules have been in place for decades.

Q What does this mean for anyone seeking to control wild birds now?

A Their actions could now be illegal – and they could face prosecution. As of yesterday there was only one species covered by the ‘general’ licence- carrion crows. Natural England said licences for other birds will be issued in the coming days and weeks. However if they apply for an ‘individual’ licence, and can show that the shooting was necessary and they could not use non-lethal methods, Natural England advise it may not be an offence.

Q: How many people currently use a general licence and for what reasons?

A: Natural England estimates there may be at least 50,000 people who rely on these licences. This includes farmers, game keepers, pest controllers, local authorities and conservation organisations.

They complained that the revocation of the licences which previously allowed them to freely shoot birds such as carrion crows, wood pigeons, magpies and Canada geese had left them in chaos.

Natural England, the body advising the Government on managing the natural environment, took the decision after it was threatened with legal action by environmentalists.

Wild Justice – whose directors include Packham – sought a judicial review of the licences, which Natural England ultimately decided not to fight, believing it would lose.

As a result, three general licences for controlling wild birds were revoked on April 23, to be replaced by individual licences.

By Friday, only a new licence allowing the killing of carrion crows had been issued.

The issue was catapulted to national attention after the bodies of two dead crows were hung from Packham’s gate two days after Natural England’s decision.

BASC condemned the attack on the presenter’s home but said the new licensing rules are causing havoc at one of the busiest times of the farming calendar.

Packham is also auctioning off an abusive block of wood that was posted to him as part of the campaign – and has already received bids in excess of £2,000.

Dozens of people have been bidding for the 3in by 8in block of wood featuring a crude drawing which was posted to Packham over the weekend.

On Sunday, Packham tweeted a video of himself with the wood, suggesting it might be a ‘badly drawn elephant’ or ‘two-headed tadpole’.

A Change.org petition urging the BBC to sack Mr Packham for the use of his ‘celeb status as a platform to push his anti-hunting agenda’ has also reached 126,00 signatures in six days.

When asked if she was scared by the behaviour, Miss Corney, who owns the Isle of Wight Zoo, said: ‘There’s no way of knowing how unhinged these people are.

‘They are fanatical people, they have fanatical ways of expressing their views. I didn’t see the crows on the gate, it was Chris and his stepdaughter Megan who found them. We’re not scared of these people – we have a good security system – but it is unpleasant.

‘I’ve tried to be at the house more. No one has actually been up the drive to the house itself, as far as we know.’

A Defra spokesman said: ‘As the Government’s independent adviser, Natural England has made clear it took the difficult but unavoidable decision to change the bird control licensing system as a result of the legal challenge by Wild Justice. They’re working as quickly as possible to issue new licences.

‘There’s no ban and people who need to control birds before all the new licences are available can obtain an individual licence.’