The bikies who came to tea! Police raiding Bandidos clubhouse find CUPCAKES decorated with the gang’s logo baked by a mobster’s wife for a meeting

The sweet side of a bikie gang has been revealed as police released images of cupcakes found during a raid that were baked by a member’s wife for a meeting.

Strike Force Raptor unit closed in on a Bandidos clubhouse in Molong, in NSW’s central west, on Friday.

But when police shared photos of the operation on Belgaria Road – including the closure of an illegal puppy farm and an unauthorised liquor ring- another activity took the cake.

Although the snacks -dressed in the club’s colours- were baked at one of the chapter’s weekly meetings last year, six from the same batch were still on site during this year’s bust

The snacks were baked at one of the chapter’s weekly meetings last year and six from the same batch were still in the club during this year’s bust.

The task force also seized ammunition and fire arms and claim the property was set up as a secret club house.

‘They tried to set it up in secret,’ a law ­enforcement official told the Telegraph. 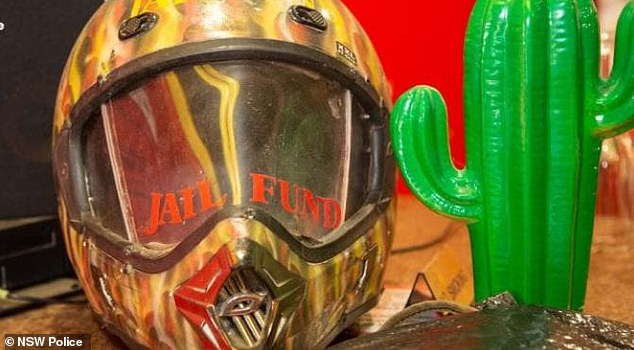 Among the relics were a motorbike helmet tattoo with the words ‘jail fund’ across the visor.

A Ned Kelly replica was found decked in a Bandidos-patched motorcycle vest next to a sign inscribed ‘have no mercy’.

A fire drum outside was stencilled with the club’s logo.

Investigations under Strike Force Birrewa are continuing, and officers said charges were expected to be laid in relation to the seized firearms. 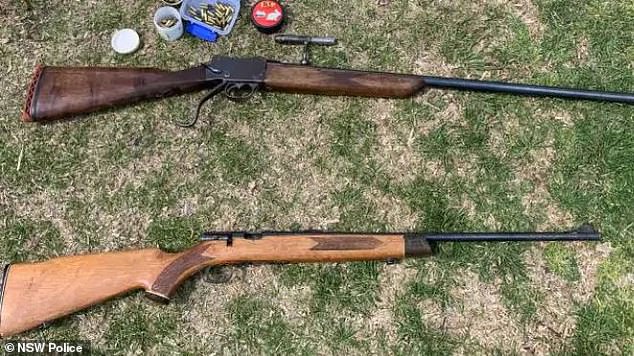