A gang of at least four men chased the 21-year-old and his friend at high speed until they pulled over before setting upon the pair and repeatedly stabbing them.

Liz Hurley said her nephew Miles, who was treated at St George’s Hospital in Tooting, lost more than four pints of blood after the blade very nearly severed his spine. 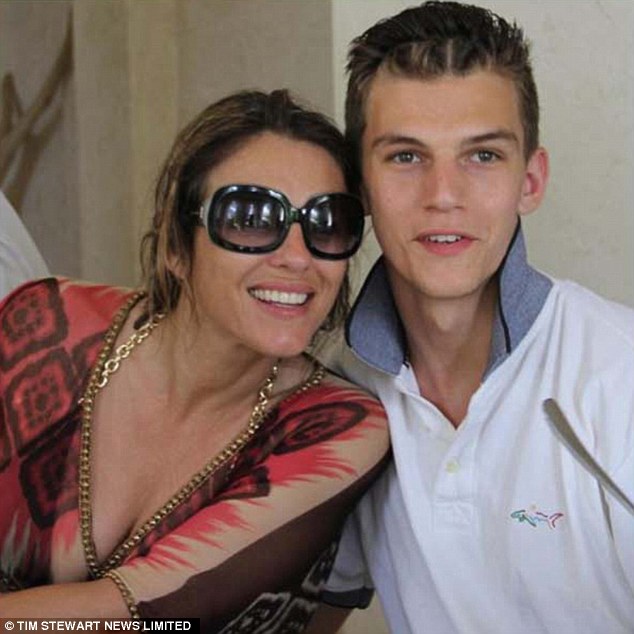 Mr Hurley and his friend fled and hid behind a van while waiting for the emergency services to arrive after the horrific incident on March 8.

Miss Hurley is said to be close to Miles, the son of her sister Kate Curran, 54. The actress rushed back from a promotional tour in the US to be by his bedside.

Police have now released the footage in a bid to find the men responsible.

Detectives said the two victims were driving in a beige Fiat 500 when they were involved in a ‘verbal altercation’ with the occupants of another car following a minor collision.

The pair were chased by the men in the other car, which is described as a black hatchback with blacked-out windows, before getting out of the vehicle and being attacked.

The suspects drove off after the incident, officers said. 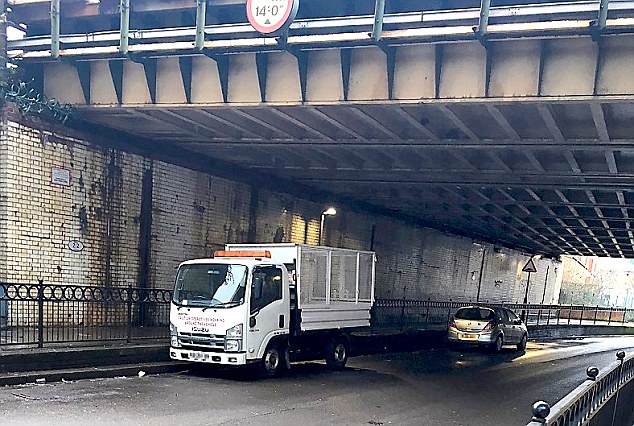 Mr Hurley and his friend fled and hid behind a van at the scene (pictured) while waiting for the emergency services to arrive in Wandsworth, South West London 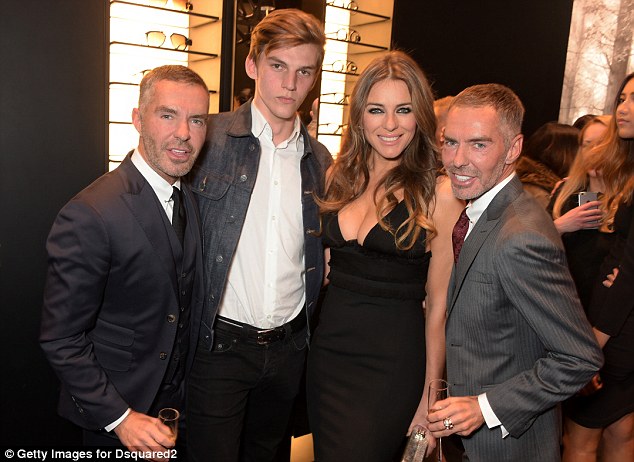 Mr Hurley began modelling at the age of 13 when a scout spotted him working on a stall in London’s Camden Market and signed him to Next Model Management. He is pictured here with his famous aunt and designers Dan (left) and Dean Caten of fashion label DSQUARED2

Detective Constable Simon Monga, from Wandsworth CID, said: ‘This was a violent and unnecessary attack. A minor traffic collision has resulted in two men being stabbed.

‘It is only by sheer luck that their injuries are not more serious.’

Police have released an image of the vehicle they want to locate and are appealing for anyone who saw either the beige Fiat 500 or black hatchback on Wandsworth Road and in the Patmore Estate at around 8.45pm on March 8 to contact them. 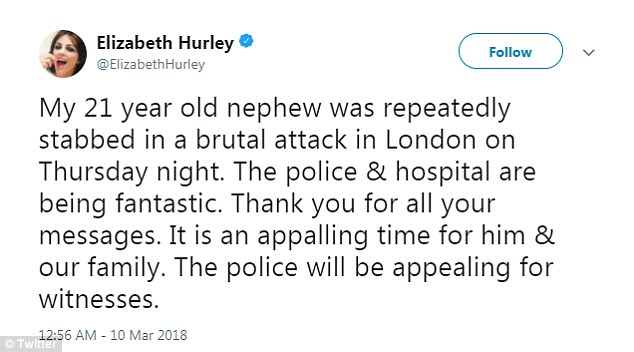 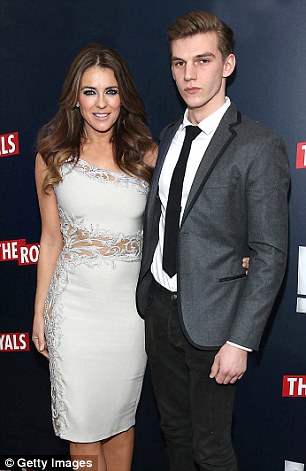 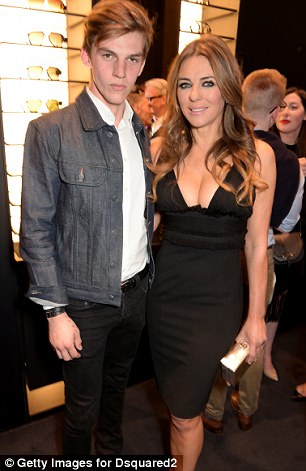 The driver of the suspects’ vehicle is described as white or mixed race, aged in his early to mid-20s, 6ft tall, of large build and with a shaved head and stubble.

He was wearing a navy blue tracksuit.

His passengers were all young black men, police said.

Mr Monga added: ‘If you have any information about the stabbing and the identity of the suspects, please call police without delay.

‘It is vitally important that we trace these people.’