Police release man accused of raping a girl, 10, in public bathroom before charging a second man

Police charge the WRONG man over the ‘rape of 10-year-old in a public bathroom’ before arresting a second suspect, 32

Police have dropped all charges against a father who they believed had raped a 10-year-old girl inside a public bathroom.

He was charged with two counts of rape, aggravated indecent assault, gross indecency and unlawful detention.

But on Thursday, police unconditionally dropped all charges against him and arrested a second man, aged 32, that night.

The short time frame between the 29-year-old’s release and the 32-year-old’s arrest suggests the men have similar DNA, The Adelaide Advertiser reported.

A spokesman said police had ‘reasonable grounds’ to arrest the initial man on Wednesday April 3, but forensic evidence has now cleared him of direct involvement in the attack.

A 29-year-old father charged in relation to the alleged rape of a 10-year-old-girl in public toilets (pictured) at Blair Athol Reserve on April 3 has been released, with a second man charged shortly after

‘He has been unconditionally released with all charges being withdrawn.

‘Forensic Science SA are undertaking urgent forensic examinations in this matter. It is expected that the results will not be known until tomorrow,’ the spokesman said.

The second man has been remanded in custody after being refused bail and is expected to appear in Adelaide Magistrate’s Court some time next week.

Police alleged the girl was attacked in the public toilets at Blair Athol Reserve on April 3 after she was allegedly approached by a man who asked where the toilets were.

The young girl’s mother told the Advertiser her daughter’s mouth and eyes were covered with tape and her hands were tied behind her head during the brazen daylight attack.

Afterwards, she claims her daughter was pushed to the floor by her attacker and told to ‘wash your hands’. Instead, the brave girl allegedly elbowed the man and bolted out of the bathroom.

Chief superintendent Mark Wieszyk praised the young victim for her bravery in coming forward and her help in the lead-up to the arrest.

‘Victims are affected in different ways,’ he told reporters on Thursday.

‘The best way to describe this particular victim was very courageous in being able to provide information.’

Supt Wieszyk said the man was not known to police and did not resist when officers arrived at his home. 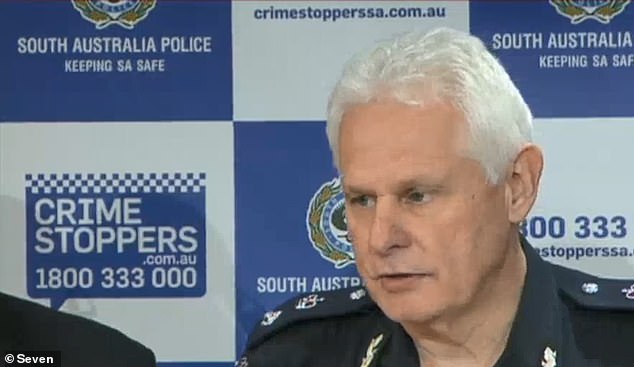 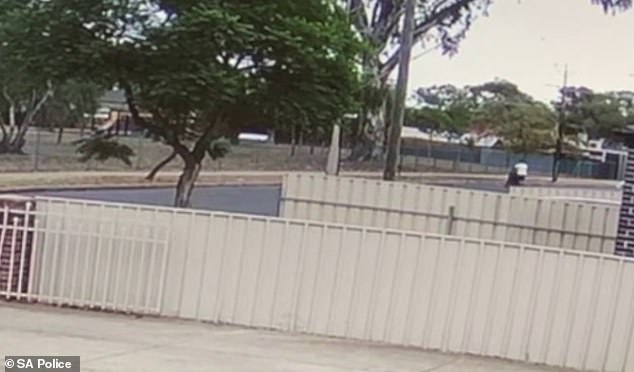 The officer said all sexual offending against children was abhorrent, and police working on the case had shown unwavering commitment to finding the alleged offender.

‘Based on things that happen like this, the desire and the professionalism of detectives that are involved in the investigation is very, very important,’ he said.

The alleged incident sparked a major police manhunt at the time.

Crime Stoppers received 58 calls after police released CCTV footage last week from a nearby home of a man entering and leaving the park with a stroller near the time of the alleged incident.

Police said no specific call led to the man’s arrest.

‘We are still working through some of those calls but there could be something small that’s in there at any time,’ Supt Wieszyk said.

Anyone with information who has not yet spoken to police is urged to call Crime Stoppers on 1800 333 000. 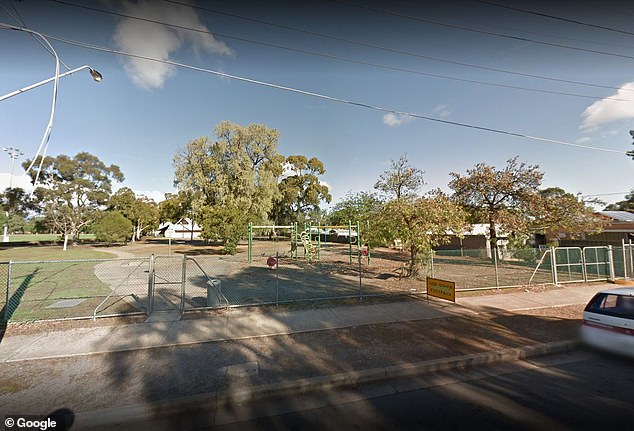