Police release pictures of clothes worn by girl, 13, ‘killed and dumped in the woods’

A carer has been arrested on suspicion of stabbing a 13-year-old girl to death and then dumping her body in the woods.

Stephen Nicholson, 24, is also accused of engaging in sexual activity with teenager Lucy McHugh before her death.

Nicholson is understood to have lived with Lucy and her mother Stacey White, 33, at their family home in Southampton until recently. 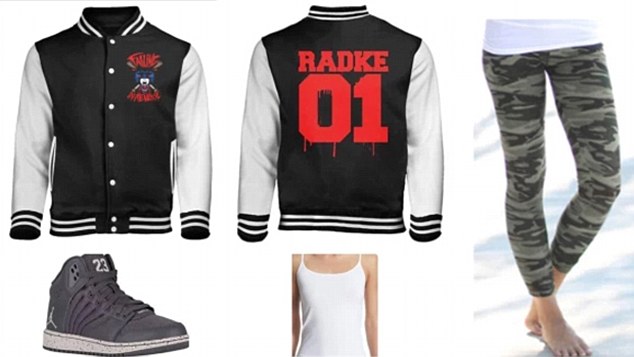 He also works as a carer at the same firm as Miss White. The schoolgirl was last seen on Wednesday morning when she went out to visit a friend.

When she failed to return home that afternoon her family called police. Her body was found in woodland next to Southampton Sports Centre by a dog walker the following morning.

Hampshire Police said she died from multiple stab wounds and appealed for help in finding the murder weapon.

Forensic officers yesterday searched Nicholson’s current home which he shares with his mother Teresa, 49. It is on the same street as Lucy’s house.

Earlier this year Lucy revealed on Facebook she was ‘in a relationship’ but did not say with whom. As police continue to search the woodland for clues, Lucy’s mother paid tribute to her ‘precious baby girl’. Miss White, who is estranged from Lucy’s father Andrew McHugh, described her daughter as ‘bright, cheerful and much loved’.

The care worker added: ‘We’re all trying to come to terms with it all slowly, and just feel numb.’ 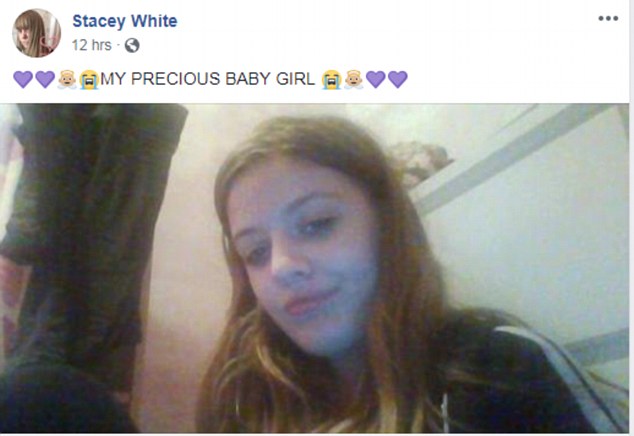 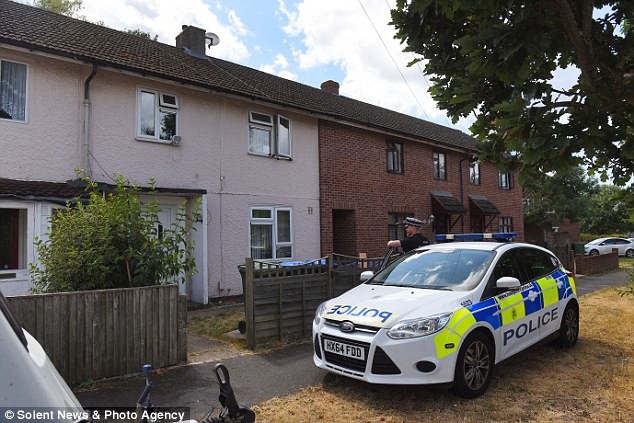 Miss White also wrote on Facebook: ‘Please can I ask that people are not passing blame on to family members of the person that has been arrested in connection with my precious daughter Lucy’s murder. Making threats of violence to them will not bring my angel back.’

Last night detectives appealed for information relating to Lucy’s final hours and released pictures of her clothing in the hope it may jog someone’s memory.

She was wearing a distinctive black jacket with white sleeves, which had the logo for the band Falling In Reverse on the front and ‘RADKE 01’ in red on the back. The teenager also wore a white vest top, camouflage leggings, black and white Jordan 23 trainers, and hooped earrings.

A police spokesman said: ‘Lucy died as the result of stab wounds. We are keen to hear from anyone who has found a sharp implement, particularly in the area around the sports centre. 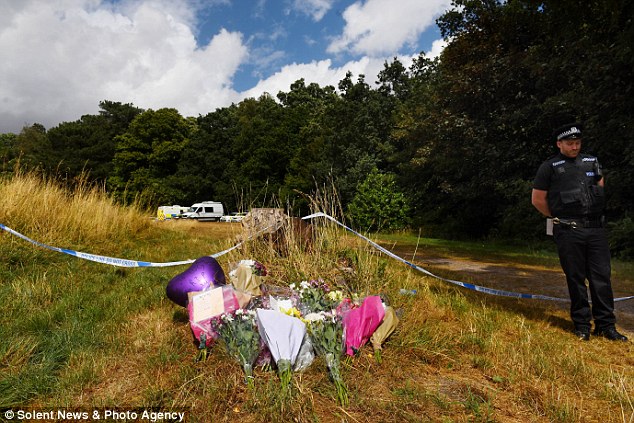 ‘We cannot say at this stage whether this is a knife, scissors or other bladed implement. We are still trying to trace Lucy’s movements between 9.30am on Wednesday when she left her house and 7.45am on Thursday when her body was found in woodland at Southampton Sports Centre.’

Friends and family spoke of their shock and anger last night as detectives continued to question Nicholson. Lucy’s paternal grandfather Keith McHugh, 64, ‘hasn’t had time to grieve properly yet’, according to his wife Rosemary McHugh.

She said: ‘Our hearts go out to the family. I have met Lucy, she has been part of my life. It’s terrible.’

Marta Olszak, 36, a leisure centre supervisor said: ‘It’s just so cruel. I have a younger sister. I just feel sorry for the family.’

A friend of Lucy’s wrote on Facebook: ‘Such a loss, she had a smile that lit up the room and I feel privileged to have known her and be able to call her a close friend, all my love.’ Another friend wrote: ‘Lucy was an amazing girl and we all miss her so much, she was like a big sister to me.’