Police are hunting a serial stalker who bombards his victim with threats of rape and violence disguised in animal-themed greeting cards.

The hand-written notes – signed off by ‘Gordon’ – have been sent to the victim’s home address in Bristol for the past six years but have become increasingly violent.

On Valentine’s Day the woman, in her 40s, received a letter signed off from ‘Gordon, your stalker and rapist’.

Police have now released images in the hope that someone will recognise the handwriting, or that other victims will come forward

The victim, a woman in her 40s, has been left frightened as the tone has turned increasingly violent, with the last card posted on Valentine’s Day signed off from ‘Gordon, your stalker and rapist’.

The offences have all happened in Bristol and we believe the offender is sending the cards from somewhere within the Bristol postmark area.

The woman, who has been receiving the cards, said: ‘This has been going on for so long – someone out there must know who it is.

‘Whether it’s the distinctive crosses, the handwriting or the name they call themselves, if you recognise anything that could help the police, please let them know.’ 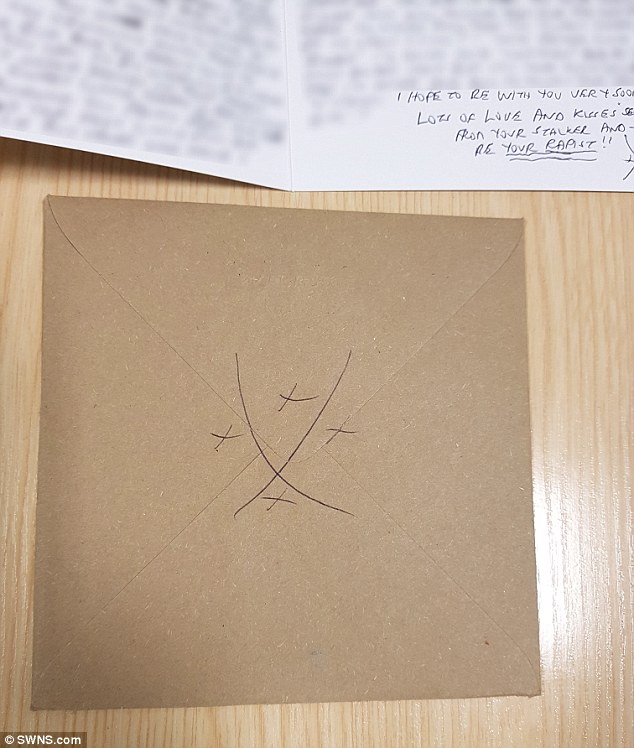 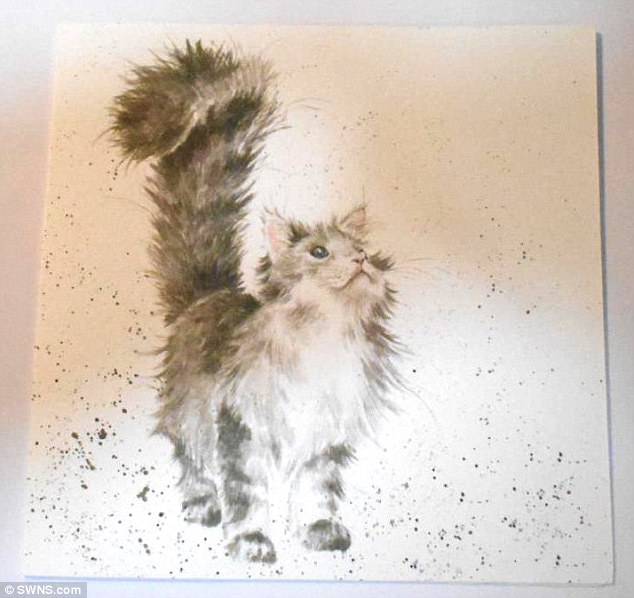 Detective Constable Patrick Prescott, who is leading the inquiry, said: ‘We’re releasing extracts of the offender’s handwriting and signature as we believe someone will recognise the style and know who the sender is.

‘Do you recognise this handwriting, the name Gordon or the signature with the five crosses? Do you know who may be sending these cards?

‘If you work in a shop which sells cards, or if you work in the postal service, do you recognise the handwriting or the distinctive pattern of crosses?

‘The content is becoming increasingly sexually explicit and aggressive in nature and includes threats to commit rape and stalking offences. The victim, a woman in her 40s from Bristol, went to police in January 2016 about the cards she was receiving 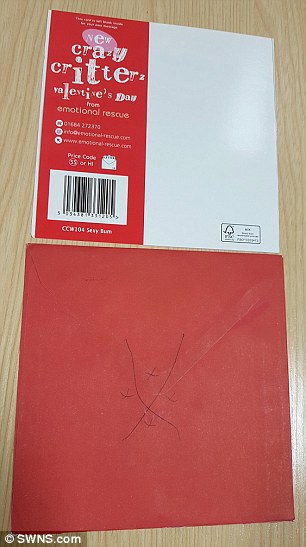 The messages are signed off with five ‘x’s – a large, central X surrounded by four lowercase letters

He said: ‘We’ve been working with a criminal profiler at the National Crime Agency to examine and risk-assess the offender’s behaviour and are continuing to progress numerous lines of enquiry.

‘Thorough analysis of the communications has been carried out and the possibility the offender has sent, or is sending cards or letters with similar content to other people cannot be excluded.’

The detective added: ‘If you have been receiving similar correspondence then we want to hear from you.

‘You may recognise one or more of the characteristics but can’t believe the person you have in mind would commit offences like this.

‘It could be a colleague, friend or even a family member. We’d ask you to please report any concerns or suspicions to help us make this stop.

‘Harassment offences can cause significant distress to victims and disrupt their daily lives but we’ll do all we can to make sure we investigate crimes, gather evidence and whenever possible, bring offenders to justice.’ 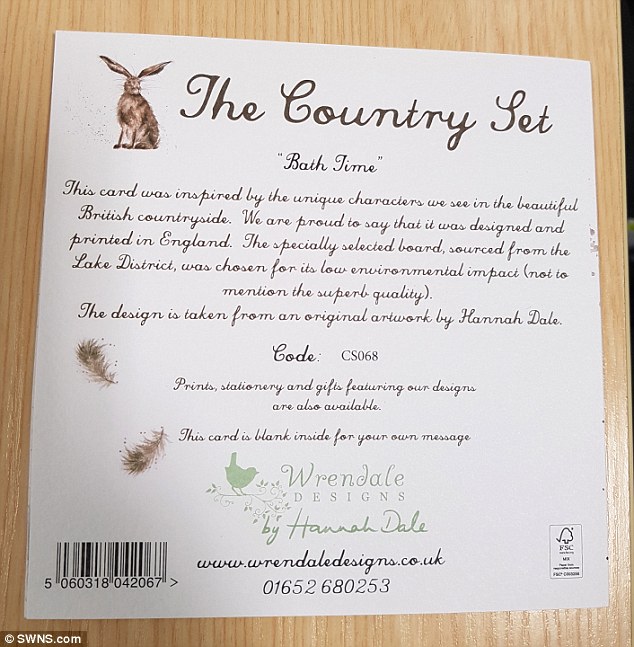