Police have reopened the search for missing mother-of-two Tanja Ebert and expect to be scouring the rural area until Friday.

Earlier searches of the massive sheep station north of Adelaide were called off after investigators were unable to find clues of her whereabouts. 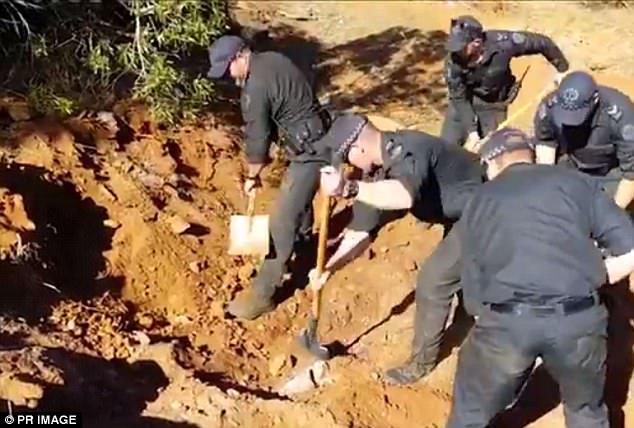 Burdon then killed himself with a single gunshot hours after her missing persons report became a murder investigation on August 16.

Detective Superintendent Des Bray says police are conducting an extensive search and hope to have news for Ms Ebert’s parents.

Police are requesting anyone with dashcam footage from Roseworthy to Mannahill between 7pm and midnight on August 8 to hand it in. 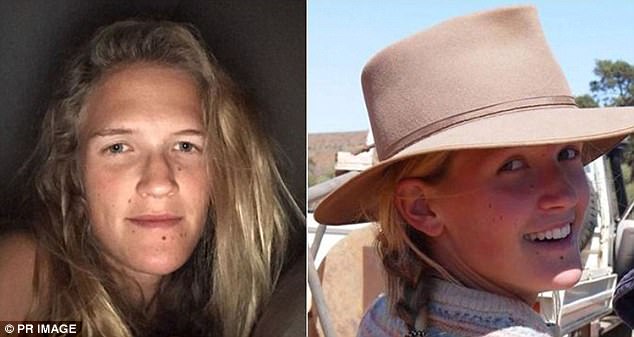 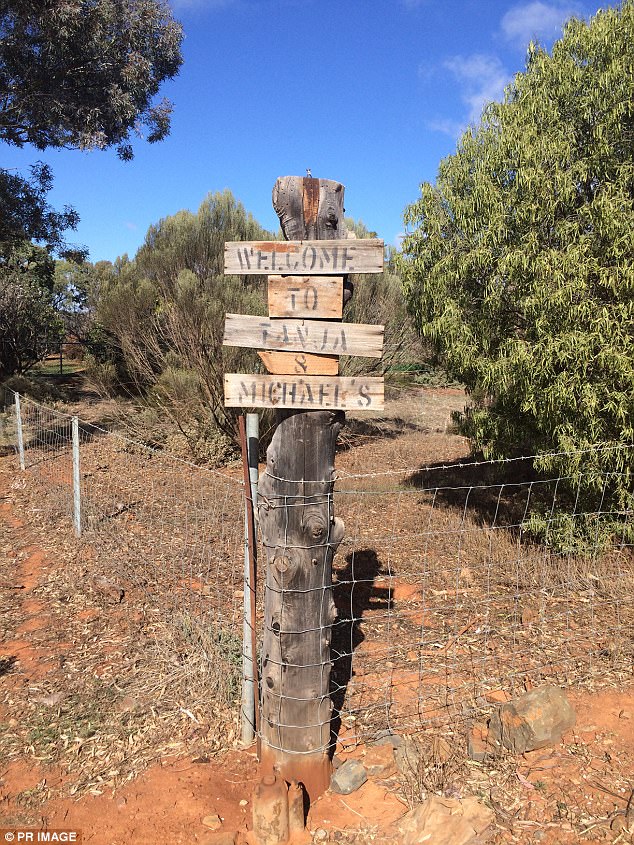 On August 18, police officers dug up multiple ‘key areas of interest’ on the family’s property at Oulnina Park Station (pictured), north of Adelaide

They are also appealing for anyone with information or knowledge of Ms Ebert’s disappearance to come forward.

‘It’s actually quite rare for people to commit a murder and not to tell somebody,’ said Mr Bray.

On August 18, police officers dug up multiple ‘key areas of interest’ on the family’s property at Oulnina Park Station, north of Adelaide. 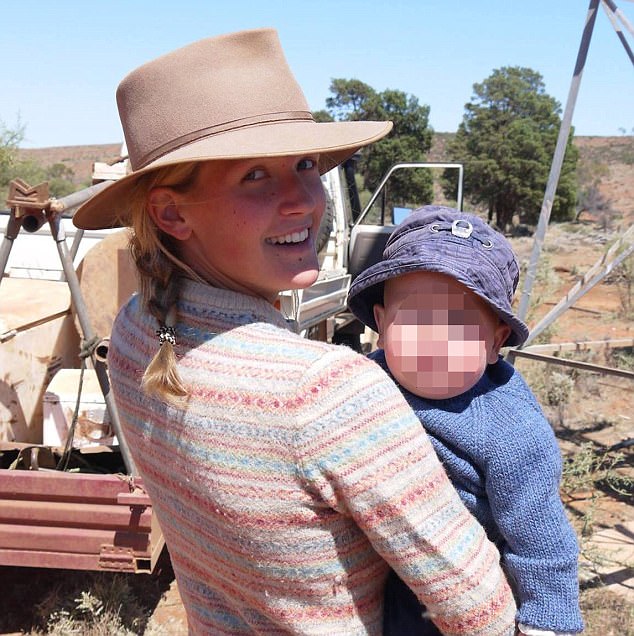 Police believe Ms Ebert (pictured) may have been murdered, but efforts to find her body or evidence of her whereabouts have been to no avail 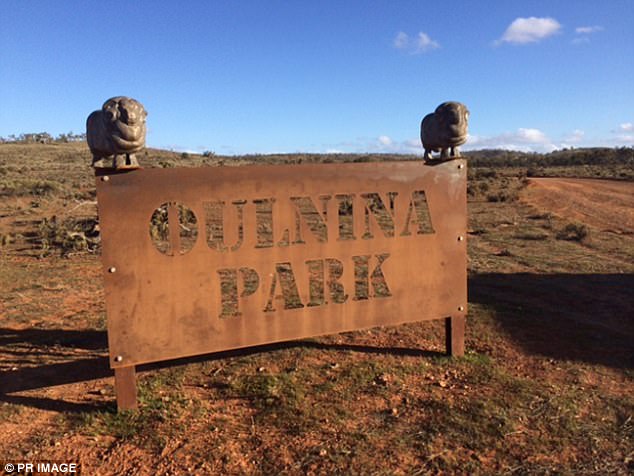 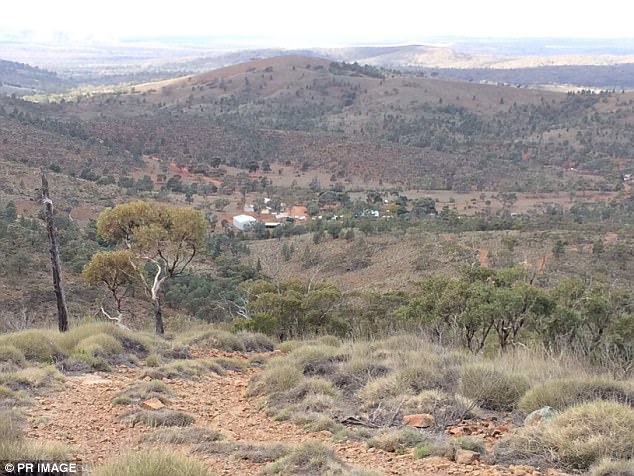 The areas had been decided on following an aerial search of the area, the Adelaide Advertiser reported.

They believe Ms Ebert may have been murdered, but efforts to find her body or evidence of her whereabouts have been to no avail.

Officers then spent two days reviewing evidence before interviewing more friends and family members of the couple, who appear to have left their two sons, aged one and three, orphaned. 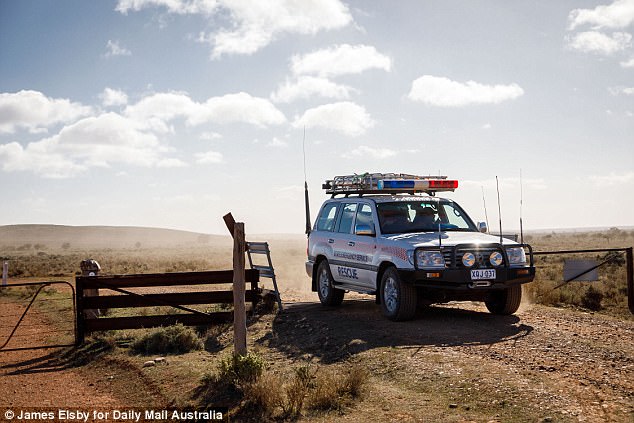 After an extensive examination and excavationof  the outback sheep station she lived on, police called off the search for Ms Ebert’s body on Friday evening 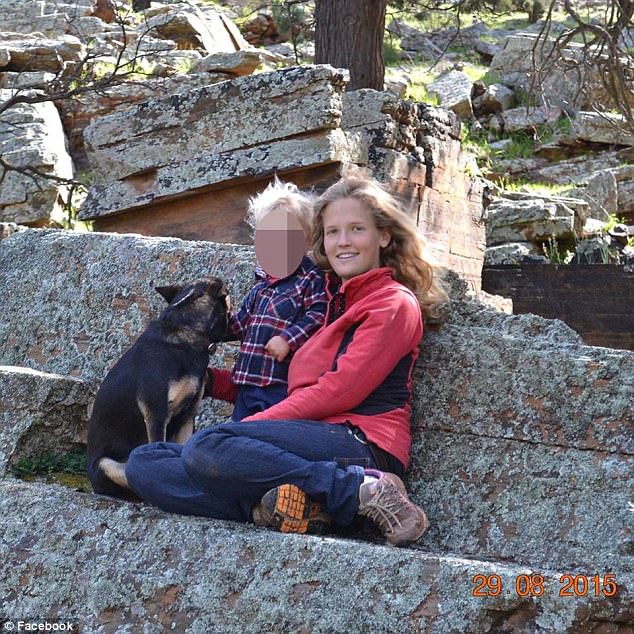 Ms Ebert is believed to have been murdered, but police have failed to find any trace of her body 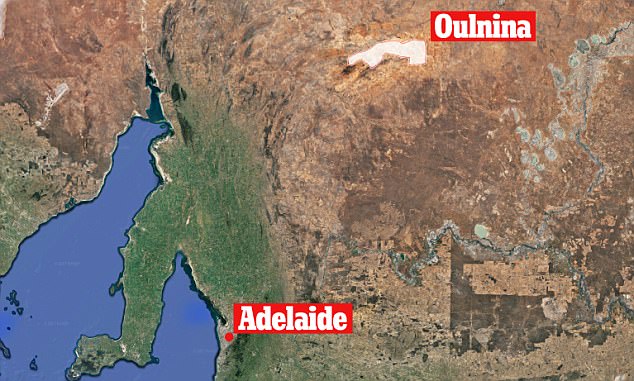 ‘Again unfortunately we haven’t been able to find Tanja,’ he said.

‘It’s very frustrating, we’ve been working hard to get a result for Tanja’s parents and we would encourage anybody who has any information at all that might help us recover her body to contact police immediately so we can bring this to an end for that family.’

Mr Bray believes if Ms Ebert was murdered, it is likely the killer would have told someone what they had done.

The death of Mr Burdon, which sparked an investigation as police were present at the time he committed suicide, and the presumed death of Ms Ebert have left locals shocked. 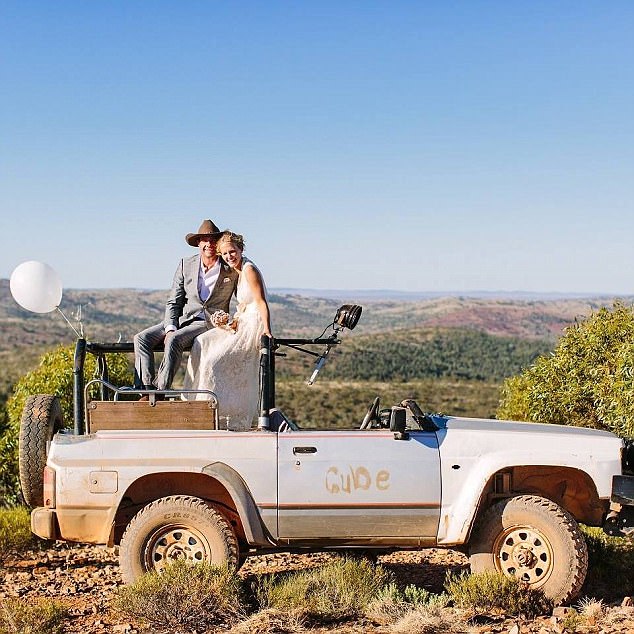 Mr Bray believes if Ms Ebert (pictured) was murdered, it is likely the killer would have told someone what they had done 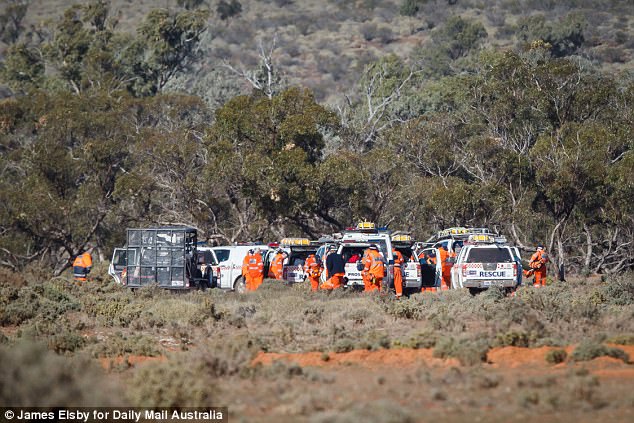 SES teams prepare to search the station at Oulnina, where the tragic young family lived

Family friend Melanie Lewis told the Advertiser Ms Ebert was an ‘adoring mother’ and despite the 18-year age difference between her and her husband, the mother-of-two was ‘extremely mature for her age’.

‘The boys adored her and were extremely clingy to her. She was a very hard worker, would give anything a go and always had confidence in her opinions of things,’ she said.

Police believe Ms Ebert had been considering leaving her husband of only six months, and had perhaps intended to move to New South Wales.

Both families have been left devastated by the deaths, particularly the Burdon family, who lost the man’s brother to suicide and his father to a brain tumour. 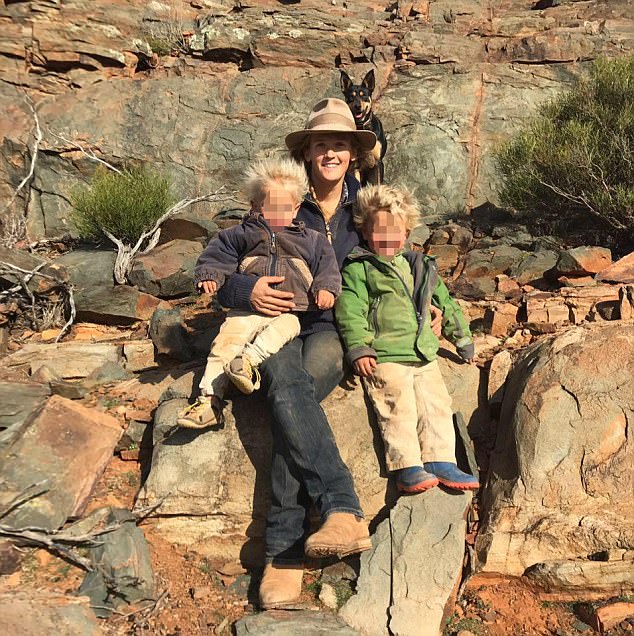 Police believe Ms Ebert (pictured) had been considering leaving her husband of only six months, and had perhaps intended to move to New South Wales 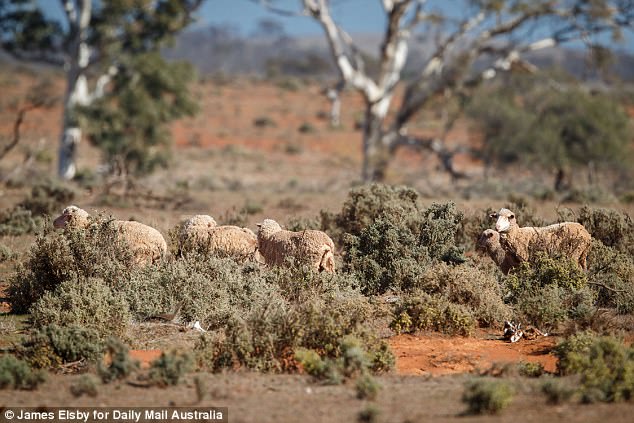 The station is home to about 6000 Merino sheep, locals told Daily Mail Australia

At 410 hectares, the property dwarfs the size of the 280ha Sydney CBD, and by road the nearest neighbour is 37km away.

‘It’s a massive task. We’ll do our best to find her but there’s no guarantees,’ Mr Bray said as a massive search team gathered including 12 SES cars, three mounted police cars and floats, two motorbikes and a helicopter.

The tragedy has devastated Outback residents along the highway spanning towards the New South Wales border. 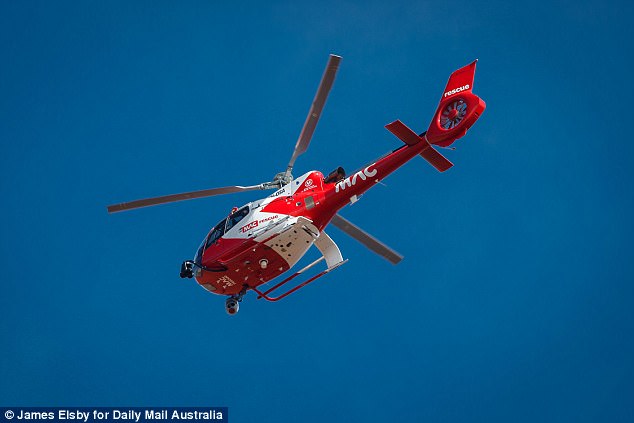 Michael shot himself on August 16 as police searched for Ms Ebert’s body.

Investigators suspect he murdered her.

‘There has been lots of tears and hugs and just shock,’ said Mannahill Hotel publican Dianne Highet, who described herself as one of six residents of that town.

‘You know, we just can’t get our heads around it…. I’m hoping they find her alive and clear Michael’s name’.

Ms Highet attended the couple’s wedding six months ago. It was held on top of the highest peak at the sheep station, and she described it as the most beautiful ceremony she had ever witnessed.

‘It’s somewhere they’d get lost in. It’s huge. It’s vast. It’s beautiful. It’s a bit like the Flinders,’ she described.

The couple’s home was located ten minutes from the property gate, and their land is red dirt, salt bush, gullies and hills. 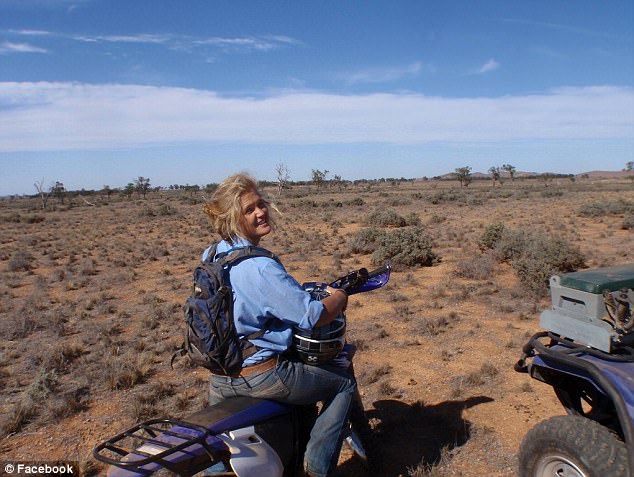 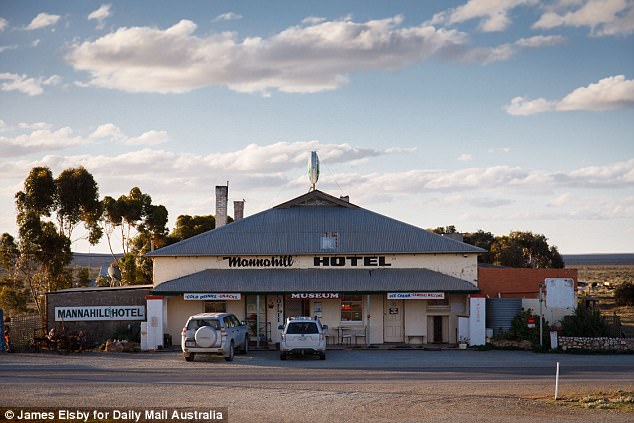 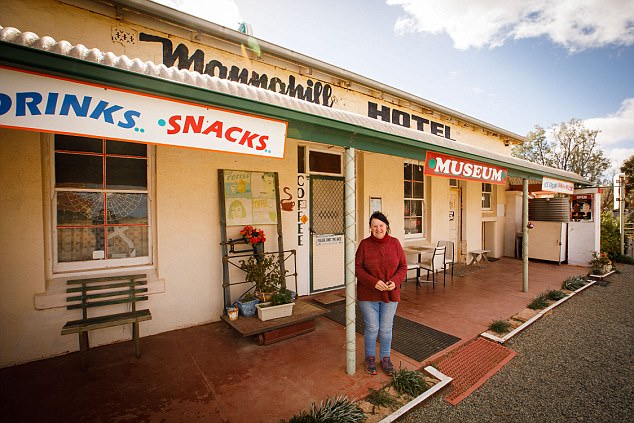 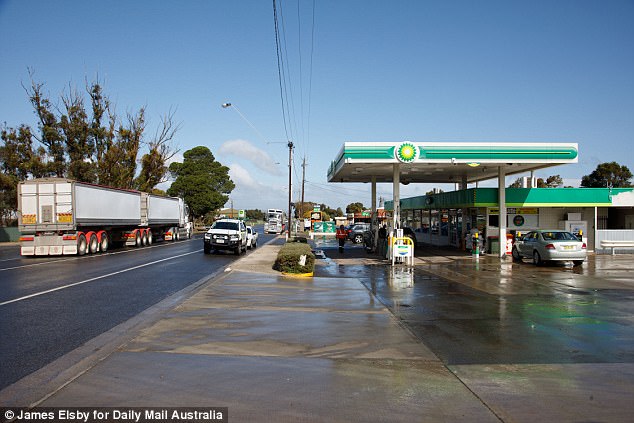 Ms Ebert was last seen in Roseworthy, getting out of her car at this BP service station and walking away. She reportedly left behind her two boys and personal possessions 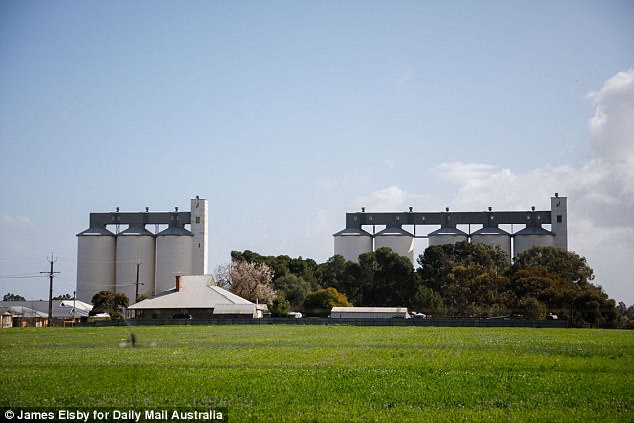 Another scene in Roseworthy, north of Adelaide, where Tanya was last seen on Tuesday, August 8 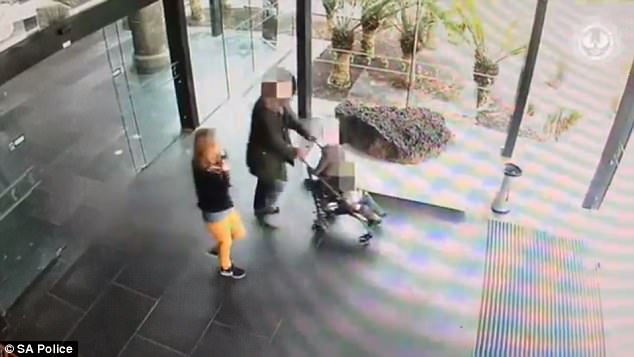 The property was home to up to 6000 Merino sheep and the winds on Friday morning were bone-chilling.

A local resident, who did not want to be named, said her disappearance was a mystery.

‘We hear everything that goes on here and no one heard this couple have an argument or her storm off,’ the local said.

‘Whenever there is someone who doesn’t belong in town we notice.

‘Even when people drive off without petrol or stop by the side of the road to make a plan to we hear it.

‘How do we know she actually did?!’

Ms Highet said Ms Ebert, a German citizen, was a backpacker and ‘knew how to live with a few dollars in her pocket.’

‘When she came here she had one bag, then she met Michael and moved onto the station where she had everything she wanted.

‘They would come to the pub with the kids and she would mingle while he looked after them – I never heard them argue.’

The Burdon family has suffered its fair share of tragedies in recent years. Michael’s brother died in 1997. The Adelaide Advertiser reported the cause was suicide.

His beloved father, Peter, died after a battle with brain cancer in April 2014.

The couple’s young sons are in the care of their grandmother Marlis. Reports said she was thought to have been at the property to help her son after Tanja went missing. She declined to comment.