Police under fire for shooting and killing woman, 24, after they MISTAKENLY identified her as an attempted murder suspect – but cops say they were justified in opening fire

Police say officers shot and killed a woman who drove a suspected stolen car at them early Christmas Day.

The San Francisco Chronicle reports Wednesday that Jennifer Vasquez, 24, was killed and passenger Linda Carmona-Bruno, 28, in the car was injured in the shooting early Tuesday morning in San Jose.

They tried to stop the vehicle but the driver took off to lead a chase on city streets and the freeway.

Jennifer Vasquez, 24, was killed after officers in San Jose shot and killed her after mistaking her for suspect 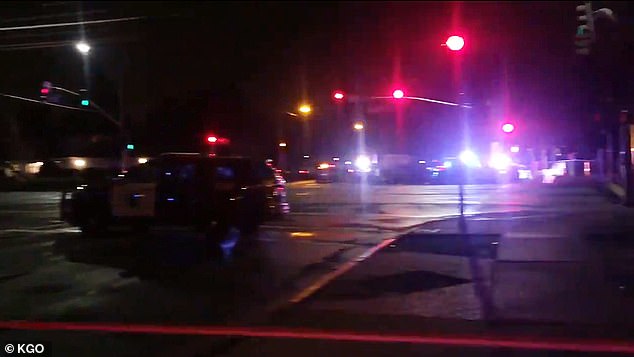 Officers responded to reports of shots fired from a white car, which had been stolen. They mistakenly followed Vasquez

A witness reportedly flagged down police, directed them to Vasquez’s car and said: ‘That way…they shot.’

The driver rammed into a police car before officers opened fire.

Garcia said Vasquez was pronounced dead at the scene and the female passenger was treated for wounds and booked into jail on an outstanding misdemeanor warrant.

No officers were hurt.

The San Jose Police Department released a statement on the incident.

‘Officers must respond and react only with the information they have at the time. 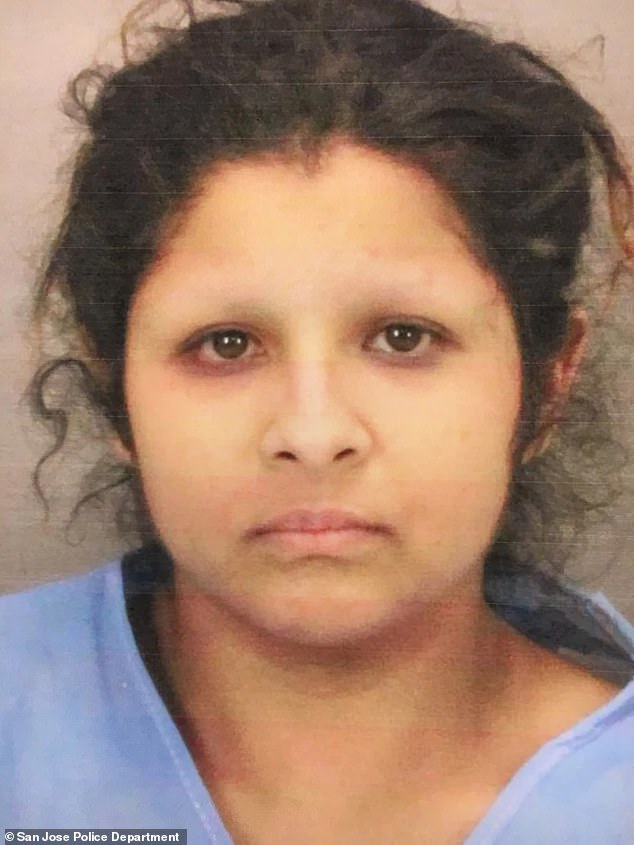 Passenger Linda Carmona-Bruno, 28, in the car was injured in the shooting early Tuesday morning

‘The fleeing stolen vehicle did appear at the time to be the suspects in a triple shooting in multiple areas of the city,’ the statement said.

‘Demonstrating a complete disregard for life, and using the car to plow into an officer’s vehicle while officers were standing in the immediate area from what they believed were armed attempted homicide suspects was the reason they fired.

‘After further investigation we do not believe it was the same vehicle involved in the shooting and no weapon was located inside the Toyota.

‘However, knowing that it matched the description at the approximate time of the shooting, was a stolen vehicle and the individual was so desperate to get away, all further led the officers to believe it had been involved in the shooting.’

Police are now investigating the incident.

Loved ones of the victim have deemed it an ‘unjustified murder’.

The victim’s aunt, Virginia Vasquez, said after a press conference: ‘We feel everything is unfair. It was a different car and different person. We want this to go farther, more investigation.’

Her cousin Conseula Contreras said she believes Vasquez fled because she was terrified.