Police in Washington state say they believe a series of feline mutilations is the work of a predatory animal, and not that of a human cat killer.

Residents in the city of Everett have been left baffled over the summer after severed cat limbs continued to show up on the streets.

The first mutilated cat was discovered in North Everett on June 13, before the remains of at least four other felines were discovered in the area across the next two months.

While authorities initially believed the cats were killed by another animal, they were left worried earlier this month when a veterinarian examined one of the felines and found that a limb may have been deliberately removed.

The shock finding prompted Everett Police to release a statement, revealing they had an investigator on the prowl for a potential human predator.

Police in the Washington state city of Everett say they believe a series of feline mutilations is the work of a predatory animal, and not that of a human cat killer

‘When initial findings suggested limbs had been removed in an intentional manner, the department assigned a detective to examine the cases and follow-up on tips provided by the public,’ the August 9 statement read.

‘Without much information to work from, we are looking for the public to help further our investigation.’

There were fears that a cat killer in the area could eventually move on to human targets, with many murderers starting out as animal abusers.

However, a secondary examination earlier this week helped allay the fears of officers and residents.

An updated statement released on Friday revealed that the cat mutilations were actually the work of an unidentified animal. 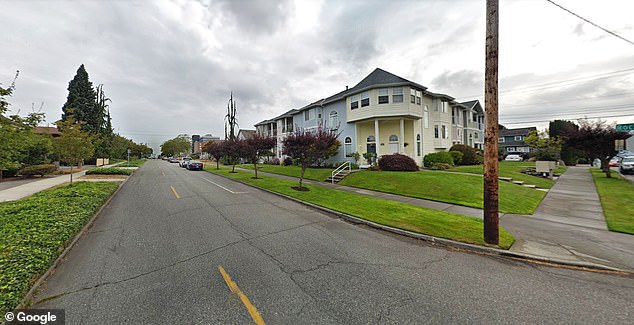 The remains of one of cat was found on this block of North Everett. The remains of another three felines were found just blocks away

‘The case reviews and tips did not lead the detective to believe someone was mutilating cats and a second necropsy was performed on another cat.

‘The second results showed signs that a predatory animal attack caused the death, with postmortem scavenging of the body. With the new information and review of prior cases, the department does not believe a human is intentionally killing and mutilating cats,’ the statement read.

Everett Police are advising cat owners to keep their kitties indoors to protect them from cars, wildlife, disease, and harmful individuals. 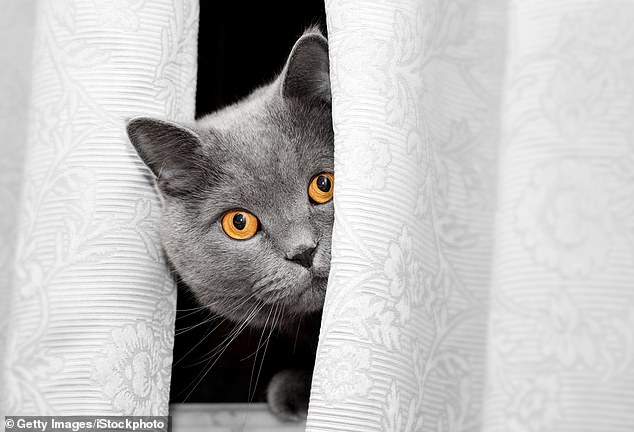 The remains of at least five cats have been found in North Everett over the summer, stoking alarm among pet owners