Police search home of mother, 36, who claimed she had information on the murdered Evansdale girls

A 36-year-old Iowa woman who pulled her eight-year-old son into the path of a train last month in a horrific murder-suicide told police she had information on two young girls that went missing back in 2012 prior to the jump.

Teresa Catherine Gerleman killed herself and her son Henry Fields on May 4 at the Belle Plaine train station.

Just before the killing she told police she had information related to the kidnap and murder of cousins Elizabeth Collins, 8, and Lyric Cook, 10, who were abducted from Evansdale, Iowa in July 2012.

The bodies of the girls were found seven months later and no arrests have been made in their murder.

Teresa Catherine Gerleman, 36, killed herself and her son Henry Fields, 8, on May 4 at a train station in Iowa, after she told police she had information on two girls who went missing in 2012 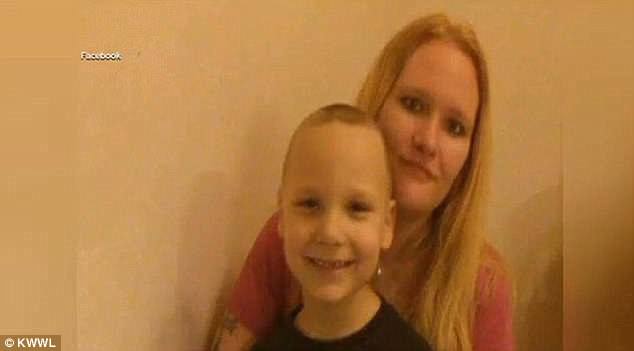 Their deaths have been ruled a murder-suicide. Police have searched her home after Gerleman approached police claiming to have information on the Evansdale, Iowa girls 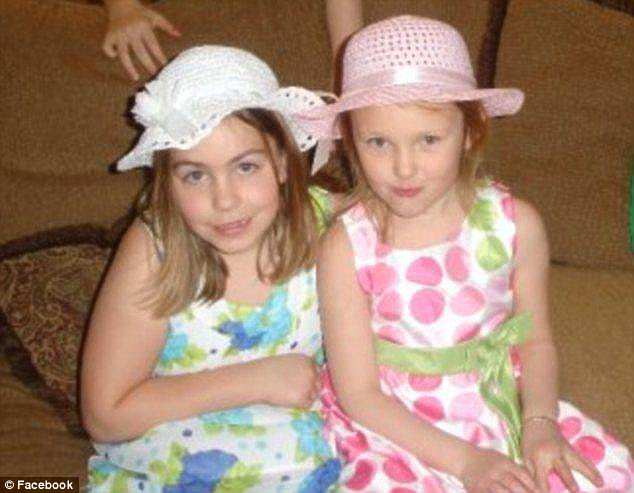 She claimed to have information on cousins Elizabeth Collins, 8, (right) and Lyric Cook, 10, (left) who were abducted and killed from Evansdale, Iowa in July 2012

Police investigated Gerleman’s home in Belle Plaine to search for evidence related to the murder-suicide, according to the Des Moines Register.

Investigators took four cellphones, two notebooks, two sealed envelopes and a handwritten notes from the home, according to court documents filed May 23.

Gerleman had told police she had knowledge about the Evansdale case for some time.

Mike Krapfl, a special agent in charge with the Iowa Division of Criminal Investigation, said agents looked into the claims and also investigated Gerleman’s mental state.

They found the information she gave was previous vetted with ‘negative results’, Krapfl told the Des Moines Register.

They also learned that Gerleman was a client at Genesis Development, a nonprofit that provides support to people with disabilities.

One of the support specialists Julie Croft told police that if Gerleman’s house was searched, police might find information about a previous crime saying it had to do with ‘the two girls in the woods near Evansdale’, according to The Gazette.

Croft told police Gerleman had a six-page letter she kept in a box that she claimed was ‘written by guys she used to hang around with that admitted to doing that’. 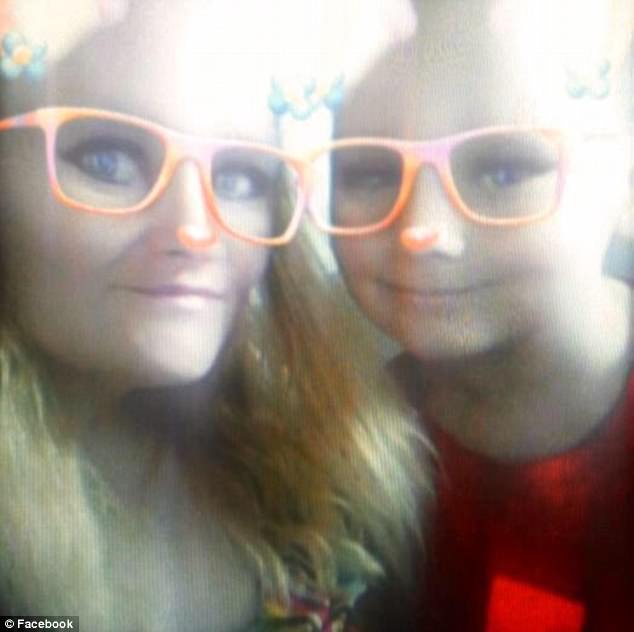 Police still do not have a motive behind the murder-suicide, Gerleman pictured above with Henry 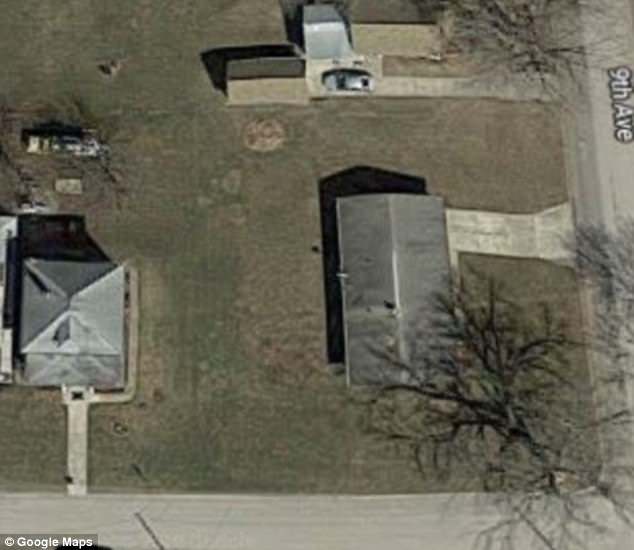 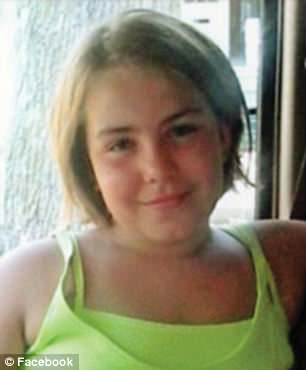 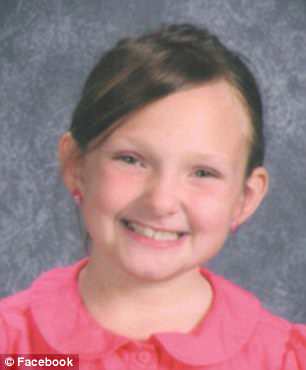 The bodies of  Elizabeth Collins, 8, (right) and Lyric Cook, 10, (left) were found seven months later and no arrests have been made in their murder

‘But it was information we already had,’ he said adding that in the context of Gerleman’s ‘mental state’ police got no leads from the lengthy letter.

The Evansdale case shook Iowa in 2012, launching six years of investigation, search parties of as thousand people, and search warrants in several counties.

Their bodies were found in a remote area 20 miles northeast of Evansdale, a small town with just 5,000 people.

‘We continue to execute search warrants when probable cause presents itself, as it did in the Belle Plaine case, as we continue to run out every lead,’ Krapfl said.

Drew Collins, the father of Elizabeth Collins was unaware of the search warrant at Gerleman’s home.

‘I’ll wait to see how it plays out before getting too excited. I had my hopes up and down so many times,’ Collins said.

The community support specialist who told police about the letter also said Gerleman’s medications made her ‘feel like standing in front of a train’ about three months earlier, police said.

Video evidence from May 22 revealed that Gerleman waited for a train operated by Union Pacific Railroad to approach the tracks at the 9th Avenue railroad crossing in Belle Plaine before crossing with her child.

After making it to the other side before the train crossed their path, Gerleman stepped back into the center of the tracks, pulling her child along with her, KCRG reported. 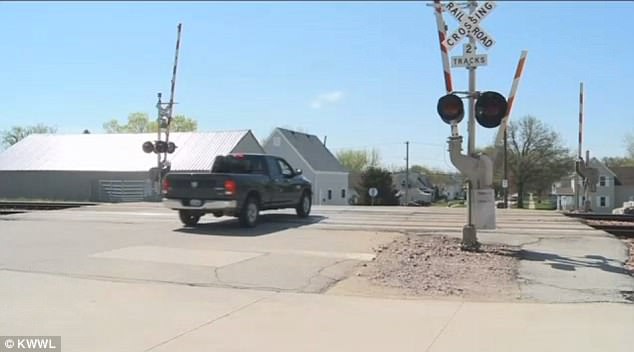 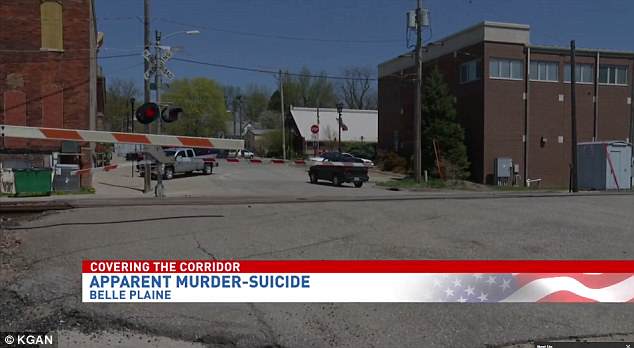 The train was travelling from Chicago, Illinois to Nebraska when it passed through Belle Plaine at the spot where the mother took her own life, as well as the life of her son

The two were pronounced dead at the scene.

Union Pacific employees were interviewed, and video footage that was captured from the train was also reviewed before the final determination of a murder-suicide was made.

Investigators are yet to pinpoint a motive.

Her son Henry was a second-grader at Longfellow Elementary School.

After their death police went to their home and found the doors locked and the windows covered.

Gerleman had few family members as her parents are dead and she has no siblings, according to the warrant application.

‘Our hearts go out to the loved ones of the deceased,’ Union Pacific said in a statement released to NBC’s KWWL.

The locomotive engineer and the conductor on board the train were immediately put in touch with counselors, the railroad company said.

The train was travelling from Chicago, Illinois to Nebraska when it passed through Belle Plaine at the spot where the mother took her own life, as well as the life of her son.