At least 10 tonnes of Class A drugs have been seized worldwide since March as gangs try to move bigger quantities during the coronavirus pandemic.

The National Crime Agency (NCA) claimed that global lockdowns have put organised crime groups and drug dealers on the back foot.

It said that the international response to coronavirus, including aviation and shipping bans, has left consignments vulnerable to interception.

The price of heroin has doubled under lockdowns in countries where drugs are sourced, such as Pakistan and Colombia.

It is not known if this is because of the disruption to the drug supply or because groups are ‘driven by greed’, a leading expert has warned.

At least 10 tonnes of Class A drugs have been seized worldwide since March as gangs try to move larger quantities during the pandemic (pictured, £1million worth of cocaine) 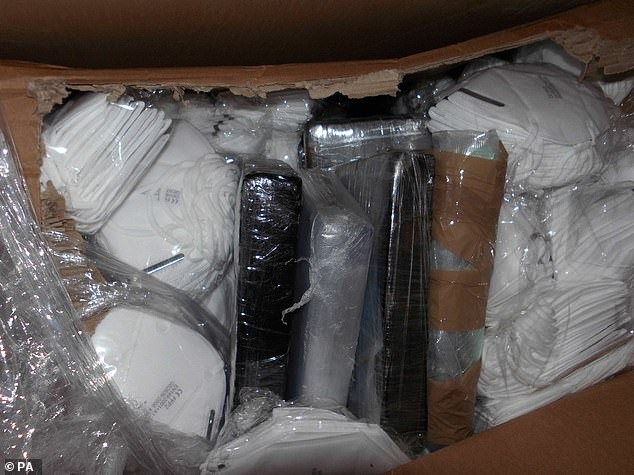 ‘In the last four weeks, we’ve really seen some of those restrictions beginning to get to the organised crime groups that are moving drugs at the top of the chain,’ NCA drugs threat head Lawrence Gibbons told the BBC.

He conceded: ‘The drug supply chain is driven by greed. They don’t stop at times like these – and, even in a pandemic, they are still moving or attempting to move drugs.’

There are hopes among inner-city youth workers that Britain’s lockdown could help teenagers caught up in drug violence to turn their lives around.

Police have previously indicated that lockdown restrictions make it easier for them to spot criminals and to make arrests.

Mahamed Hashi from south London told the BBC that teenagers have ‘really had to think about their futures… about where their prior lifestyle was leading to’.

‘What we’re finding is, because of the lockdown and because of the fear associated with Covid, a lot of them have spent more time at home with their families,’ he said.

However, leading expert Prof Simon Harding, director of the National Centre for Gang Research at the University of West London, has poured cold water on claims that crime groups will be put out of business during the pandemic. 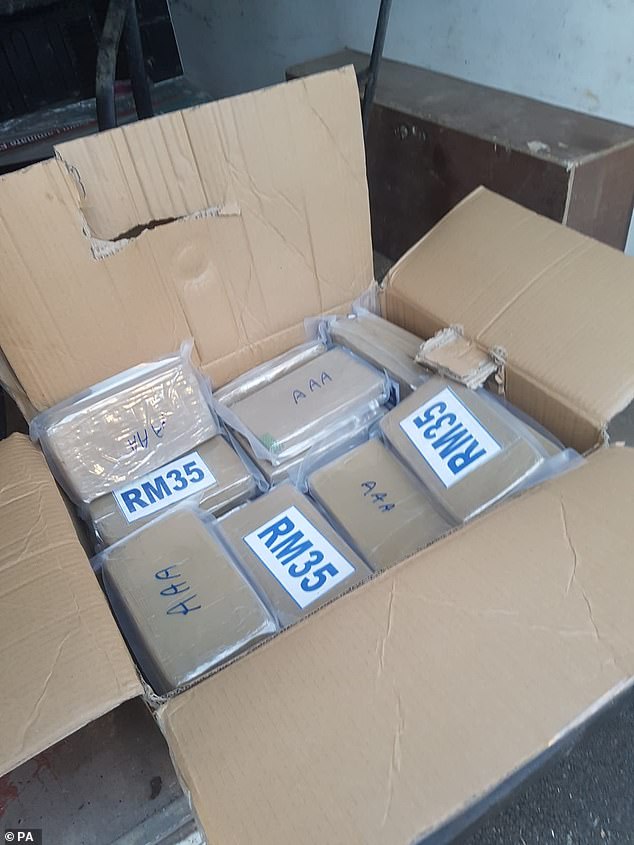 The National Crime Agency (NCA) claimed that international lockdowns have put organised crime groups and drug dealers on the back foot (pictured, £2million worth of cocaine) 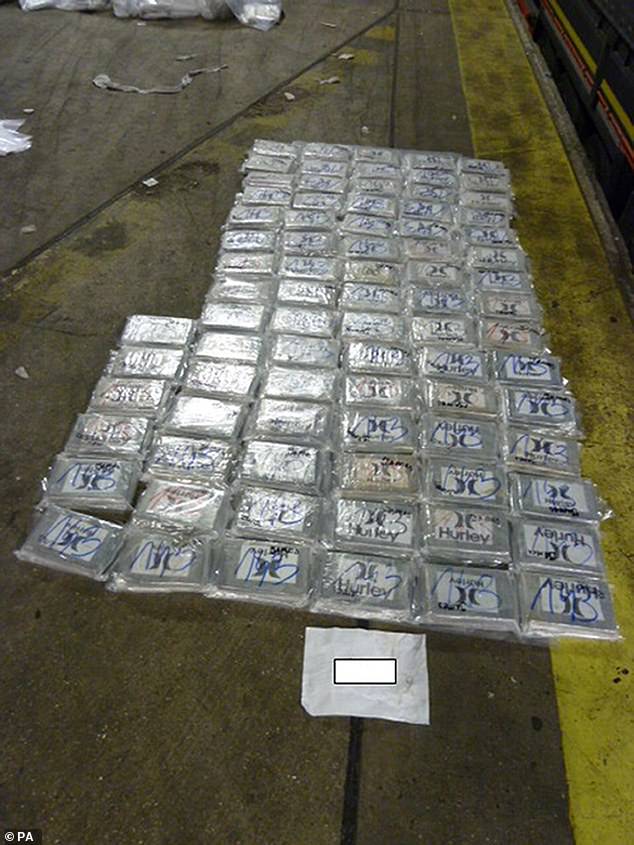 The NCA said that the international response to coronavirus, including aviation and shipping bans, has left consignments vulnerable to interception (pictured, £50million of cocaine)

Prof Harding warned: ‘Street gangs are being forced to find new tactics, such as shifting grooming and recruitment online, to social media.

‘This means young people can become ensnared in dangerous gang activity from their phones while their families have no idea – and that is a worry.’

He added: ‘They make so much profit, I doubt that (they will go bust)’. 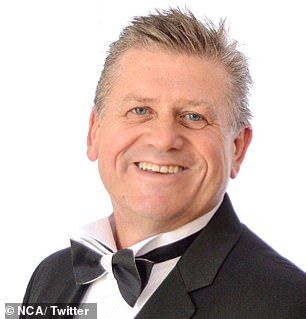 Three men were arrested after cocaine with a potential street value of £3million was found in a lorry which arrived at Dover from France on April 23.

And two men were charged last week with allegedly breaking into the London Container Terminal in Tilbury to retrieve packages of drugs with a potential street value of £1million from a refrigerated container which had arrived from Belize.

Last month, NCA director-general Lynn Owens said street level drug dealers are trying to disguise themselves as key workers by wearing high-visibility clothing or operating from supermarket car parks as they adapt to the lockdown.

‘They are having to find new ways of working and new networks,’ Ms Owens said.

‘Drug dealers moving illicit drugs are concerned about greater scrutiny as they recognise that with less people on the streets, they are more visible.’

‘On one hand they really are heeding government advice on social distancing, but at the same time it is business as usual and, as people were panic-buying food, dealers were running bulk deals and selling lockdown party packs,’ he said.