A woman has been shot and wounded by police after she allegedly tried to break into an apartment with a firearm and brick.

Police were called to a two-story residence on Sunday afternoon in Staten Island, New York, because a female was trying to break in.

Later, New York Police Department officers stopped a GMC SUV during a vehicular pursuit with who they believed was the suspect.

The woman, identified as Lori Gjenashaj, 41, produced a firearm and refused  to get out of the vehicle. Gjenashaj was shot in the shoulder by NYPD officers after she refused to drop her firearm (pictured) at a traffic stop. She allegedly tried to break into a Staten Island, New York, residence earlier that day 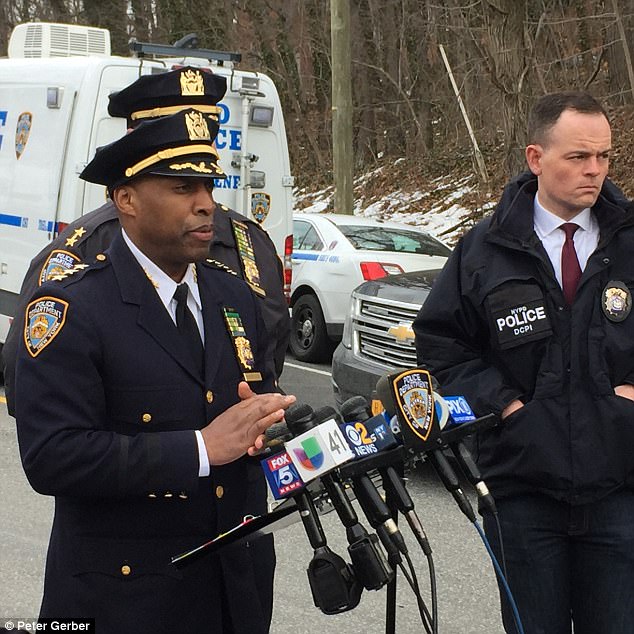 NYPD Chief of Patrol Rodney Harrison spoke to press on Sunday after the incident occurred. He said the police warned Gjenashaj before they fired five shots into her vehicle. One bullet hit her in the shoulder

Police said they asked Gjenashaj to drop the firearm, which has been identified as a starter pistol, and exit the SUV.

She refused so the officers fired five shots into the vehicle and hit her once in the shoulder.

Gjenashaj has been taken to Richmond University Hospital and is said to be in stable condition.

NYPD Chief of Patrol Rodney Harrison said the incident is still under investigation at this time.

The 41-year-old nurse was allegedly charged with a misdemeanor one day prior to the shooting.

She was arrested on Saturday at her child’s school play for causing a criminal obstruction to breathing on a 39-year-old female.

Gjenashaj allegedly called her child’s classmate a sexually graphic name after the play and it caused an altercation with a mother, Staten Island Live reports.

But she was released by police later that evening with an appearance ticket.

Police said the incident on Saturday evening is not related to the shooting earlier today. Behind the officers is where the incident occurred in Staten Island, New York. The suspect was taken to Richmond University Hospital where she is said to be in stable condition 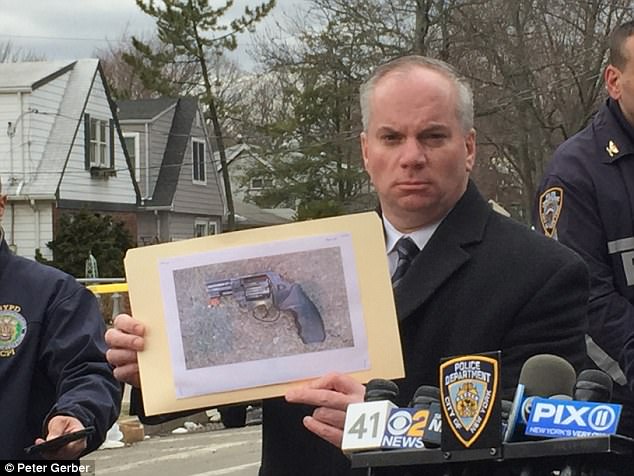 Officials showed an image of the firearm to the press on Sunday afternoon after the suspect was taken to the hospital. She allegedly refused to drop the weapon once officers stopped her car