Police have shut down a street kitchen feeding the homeless during lockdown because it was not properly registered.

Footage volunteers posted online shows police and local council officers arrive and order the stall in the Melbourne CBD to pack up and leave.

An officer asks one of the volunteers to show the permit it needs to operate in the area, and is told they have and ’email from ages ago’ from the council.

A member for the council then comes down after being requested by the volunteer, who also tells him to pack up the tables and move along as they don’t have a permit.

A man from the Australian Communist Party argued with police over a street kitchen for the homeless on Sunday, with police moving the communist along who failed to show a permit

‘You have been directed by the City of Melbourne to remove your furniture otherwise I will call for more units,’ a policewoman said.

‘You’ve got two minutes to act, please remove your furniture.’

‘We will have a quick discussion first,’ the man filming says, before the policewoman replies: ‘You have nothing to discuss’.

The group claimed to have cooked there ‘every week for two years’ and that police were looking for an excuse to shut them down.

‘After much brain effort Victoria Police managed to find a ‘reason’ to shut the kitchen down last Sunday,’ the post read. 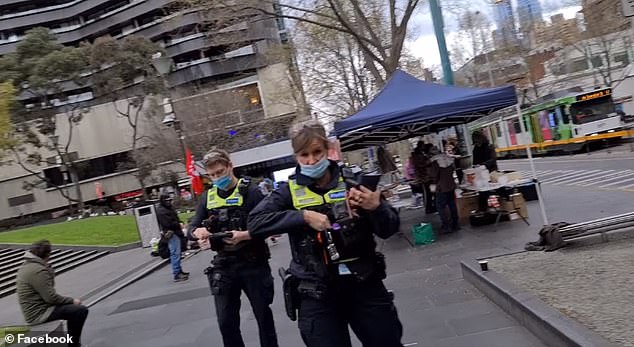 ‘A Melbourne Council law against placing “furniture” in a public place (which supposedly counts the gazebos and tables we use to keep the food and other essentials we distribute dry and off the ground).

‘Seeing as it was 20 mins until the kitchen usually ends and we’d almost run out of food anyway (over 200 meals served), we weren’t too fussed about just packing up.

‘We’re not going to stop serving the people though. We will be back this weekend.’

The kitchen was operated by the Community Union Defence League, a group linked to the Australian Communist Party, with factions across the country. 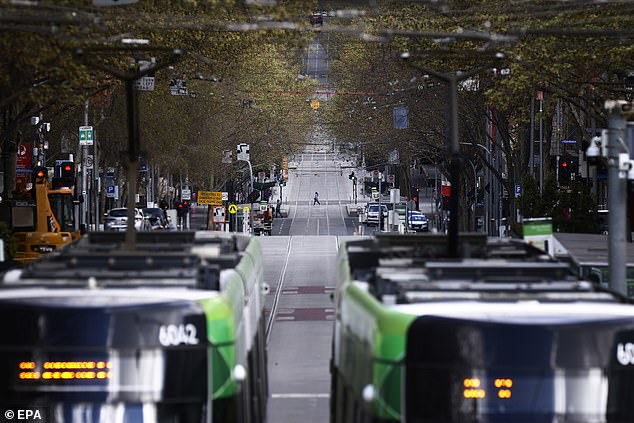 They said they offered free food to the homeless and set up in major cities around Australia.

They describe themselves as being ‘guided by Marxist Leninism’ and their goals are to ‘establish a revoluationary community organisation’ in Australia.

The post received hundreds of comments, with many thanking their fellow ‘comrades’ for the work.

One man said he has been ‘battling the same thing in Adelaide’.

Daily Mail Australia has contacted Victoria Police and the City of Melbourne Council for comment.