Seven people have been arrested in connection with suspected human trafficking offences.

Northumbria Police carried out six warrants at residential premises in the West End of Newcastle this morning as part of an investigation into modern day slavery.

It is alleged that the eleven potential victims had been brought into the country to work in the sex trade and were being exploited – but they have now been safeguarded.

Both uniformed and plain clothes officers visited the premises to make the arrests and identify any potential victims.

This included the Force’s dedicated liaison officers who work closely with sex workers.

They are now being offered specialist support.

Those arrested, five and two women, are currently in police custody.

The operation falls under the Force’s Sanctuary banner which looks to safeguard vulnerable people across the Northumbria Police area and saw officers work with Newcastle City Council and the charity Changing Lives.

Northumbria Police and Crime Commissioner, Dame Vera Baird QC, said: ‘It’s important we realise that trafficking is not just something that happens elsewhere, it happens here in our region.

‘A great deal of the information we receive comes from the our local communities – please continue sharing this information, as Northumbria Police continue to take a proactive stance in tackling human trafficking. 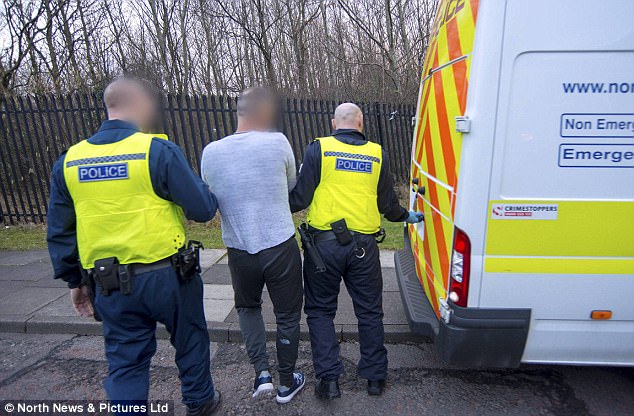 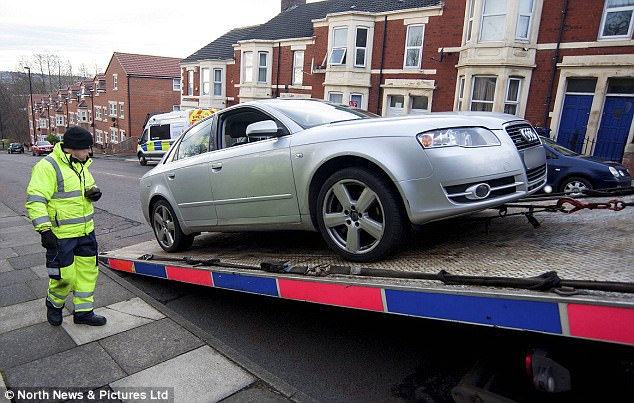 ‘Today’s arrests prove that we will take swift and direct action where any such offences are suspected to be taking place.’

Superintendent Steve Barron, who is leading the operation, added: ‘This activity is part of our on-going commitment, through the work we do in the name of Sanctuary, to protect those who are the most vulnerable in our communities.

‘Those who are trafficked into the country to be exploited are often some of the most vulnerable we come across.

‘We expect our activity today will have a significant impact on disrupting a suspected organised crime group we believe to be involved in exploiting very vulnerable people.

‘These warrants have enabled us to give potential victims the chance to break away from those who we suspect have been controlling their lives.

‘Working with our partners, we can make sure they now get the support they need.

‘It is often the case with crimes associated with modern day slavery and human trafficking that the victims do not see themselves as victims and think what they are being subjected to is normal behaviour.

‘I want to make it very clear to anyone who may be in such a situation that this is not the case.

‘They are being exploited and anyone who thinks they are a victim should come and speak to us or one of our partner agencies such as Newcastle City Council or Changing Lives so we can help them.’

Cabinet Member for Neighbourhoods and Regulation, Cllr Nick Kemp, said: ‘Perpetrators who traffic women and girls for sex have no regard for human life. These unfortunate victims live a miserable existence and once they are rescued go on to suffer the physical and psychological scars for the rest of their lives.

‘Like many people across the city I applaud Northumbria Police for launching  this operation in a bid to tackle in our city what is sadly a global problem.

‘If anyone has any suspicions that a person is being trafficked or used in slavery I would urge them to ring the police immediately.’

Any members of the public who have concerns about human trafficking or modern day slavery happening near them should ring police on 101 or call the Modern Slavery Helpline on 08000 121 700.