Being cooped up on board a plane not to mention endless hours waiting in an airport can lead flyers to commit the most dreadful of social faux pas.

But one arrival at Brisbane Airport may have taken the crown for the most embarrassing act after waltzing around with a bizarre make shift pair of footwear.

The man in question was caught out by Australian Federal Police, who took to Facebook on Friday with a tongue-in-cheek post to reveal to the world the shocking fashion failure they’d just witnessed.

‘For simply ages the AFP has been tracking a group of counterfeiters that we’re alleging have been making substandard imitation footwear,’ they shared online.

The culprit in question was caught out bare-footed but had drawn straps on his feet with a marker pen to make it seem like he was wearing thongs.

‘AFP officers at Brisbane Airport recently encountered a victim of this shocking crime against fashion.’

The police even suggested they were ready to detain offenders committing such a crime.

‘With his evidence, the Flip Flop Cops Taskforce is confident of making an arrest any day now.’

And Facebook users were quick to side with the AFP and ridicule the man’s appalling attempt at footwear. 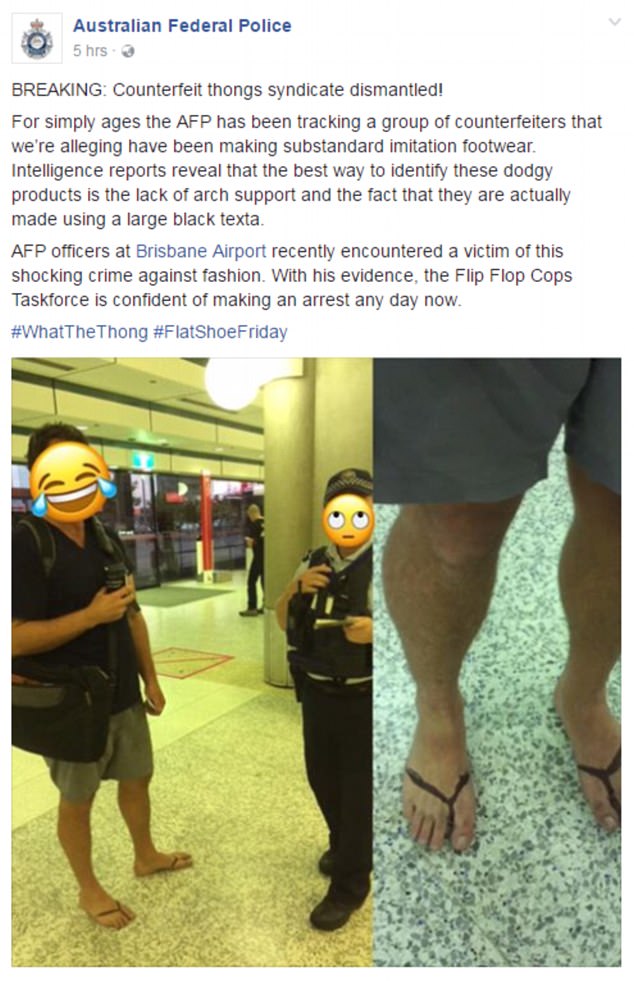 The man in question was caught out by Australian Federal Police, who took to Facebook with a tongue-in-cheek post to reveal to the world the shocking fashion failure they’d just witnessed. The unidentified male was seen sporting a pair of drawn on thongs around the airport.

‘Just the way these fit should be a crime, not only looks terrible but don’t see how that is even comfortable wearing shoes like that’, one comment read.

But others were amazed with his ingenuity and were eager to try out the new designs themselves.

‘Where can these be purchased?’, one intrigued user wrote.

And many commenters offered their best thong-related puns much to the amusement of other users.

‘The AFP is putting its foot down on imitation thongs’, another user joked. 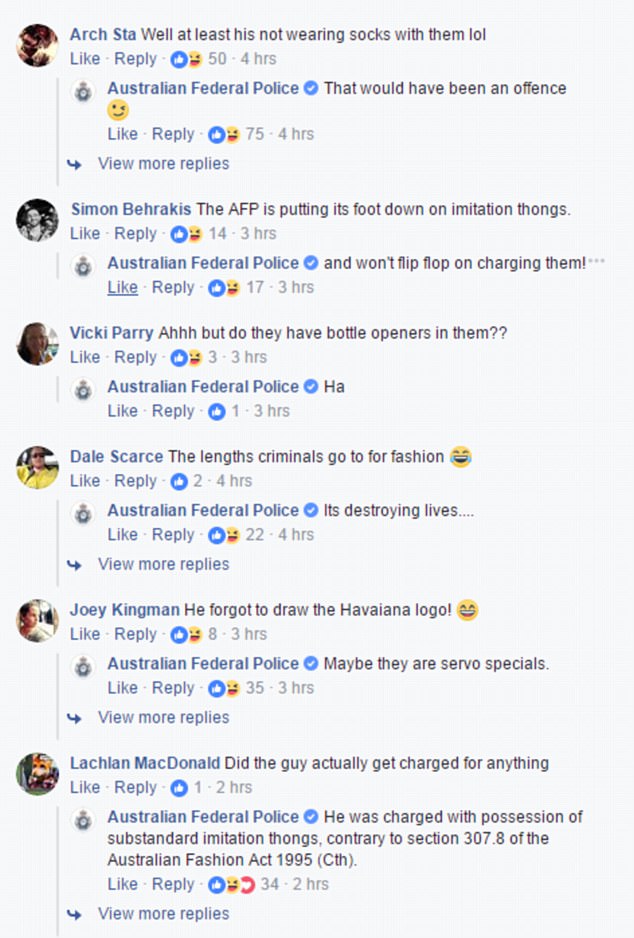 Facebook users offered  their best thong-related jokes, berated his fashion choices and some even credited the man for his ingenious idea as the AFP interacted with several comments