Armed police today stormed a flight from Bahrain as soon as it touched down at Heathrow Airport to arrest a man over an alleged kidnapping plot.

The 29-year-old was arrested at 3pm on Tuesday afternoon and was taken to a police station in west London for questioning.

Scotland Yard said it related to a ‘kidnap allegation’ in December last year and added that the incident is ‘not terror related’.

One witness said the man was ‘Middle Eastern looking’ and was detained just minutes after the Gulf Air plane landed at Terminal 4.

He said somebody he knew sent him a text to say that the armed police entered the cabin once the plane touched down to make the arrest.

A Met Police spokesman told MailOnline: ‘At around 3pmon Tuesday, March 20, Met officers arrested a 29-year-old man on board an inbound flight to Heathrow from Bahrain. 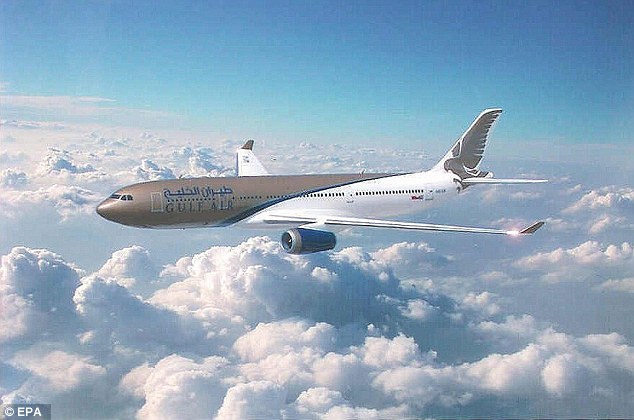 ‘The male was arrested in connection with a kidnap allegation of December 19 2017. He has been taken to a west London Police station where he remains at this time.

‘This arrest is not terror related.’