Police took hours to respond after they were called multiple times about the deteriorating mental health of a paranoid schizophrenic on the night he killed his partner by stabbing her 173 times at their home, report finds

Family members called 999 multiple times with concerns about the welfare of a paranoid schizophrenic on the night he stabbed his partner to death, a report has found.

Suzanne Browne, 33, was stabbed 173 times by her boyfriend Jake Neate at their home in Braintree, Essex, in 2017.

Essex Police officers took three hours to respond to two phone calls from Neate’s parents on the night of the attack, a report highlighted today.

His parents – who were in Spain at the time of the killing – flagged concerns about the welfare of Neate and Ms Browne, but police only responded after they called a second time.

They arrived at the property to find Ms Browne dead. Neate was detained by police but deemed unfit to stand trial and later handed an an indefinite hospital order.

The family of paranoid schizophrenic Jake Neate (pictured) called 999 multiple times with concerns about his welfare on the night he stabbed his partner to death, a probe into the case has found

Neate’s mental health had deteriorated in the weeks leading up to the killing of Ms Brown. He stopped taking an anti-psychotic drug two months prior to her death.

Now, a report commissioned by the Braintree Safety Partnership has urged Essex Police and the Essex Partnership University Trust (EPUT) to have a mental health practitioner in the force control room who would be able to access mental health records.

Should this have been in place at the time of Ms Browne’s death, operators could have evaluated Neate’s needs better and made sure police responded faster, the review stated.

A 2018 report by the Independent Office for Police Conduct found that the police response was slow due to calls being wrongly categorised by the control room. 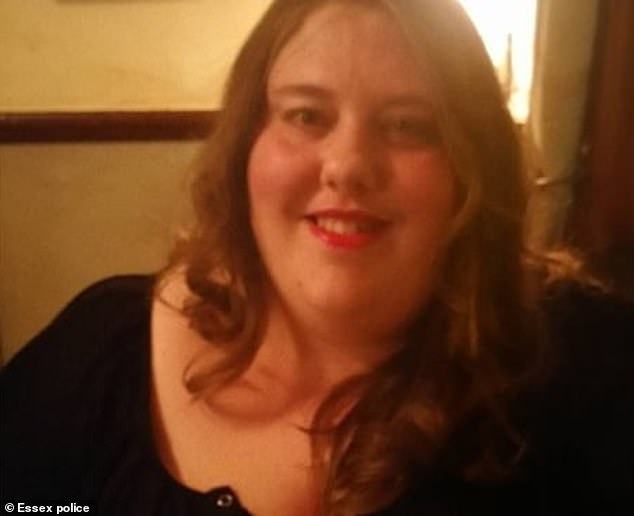 Suzanne Browne, 33, (pictured) was stabbed 173 times by her boyfriend Jake Neate at their home in Braintree, Essex, in 2017

But the force was cleared of wrongdoing by the IOPC – even though two staff members operating the control room ‘had not met expected standards’.

In response to the recommendations, an EPUT spokesman said: ‘There has been increased partnership working between EPUT and Essex Police over the last few years to provide a better response to people in crisis.

‘EPUT mental health service nurses have been based in the force control room working alongside police colleagues since 2018 and since 2019 have been involved in all mental health related incidents.’

EPUT is now working with Essex Police on introducing a referral process.