Nearly 60 cars have been turned away from the base of Snowdon this morning after more than 100 vehicles were issued with parking fines last week.

Police warned motorists their cars would be towed away if they park illegally and block the road in the national park this morning.

The warning comes after around 180 vehicles were issued tickets for illegally parking on the roads leading up to the mountain in Wales last weekend.

Around 500 cars were filmed parked along the A4086 to the Pen-y-Pass forcing cars to drive single file down the road in chaotic scenes.

Nearly 60 cars have been turned away from the base of Snowdon, Wales, this morning after more than 100 were issued with parking fines last week 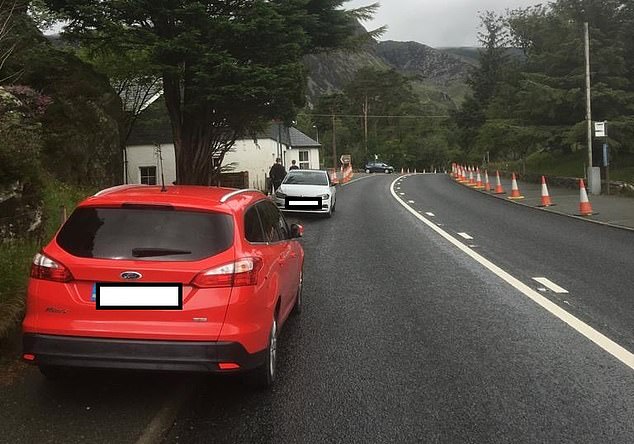 Two cars were towed away from Llyn Ogwen lake in Snowdonia at around 12.30pm for ‘inconsiderate’ parking

The Pen-y-Pass car park on the A4086 between Llanberis and Capel Curig is being used for drop-offs only this weekend to reduce car numbers.

At around 8am North Wales Police said: ‘Around 60 vehicles have already been turned away from Pen-y-Pass this morning with some even parking by the signage.

‘Drivers said they thought we were “just bluffing” when we said cars would be towed if obstructing the road. A recovery vehicle is already parked up there.’ 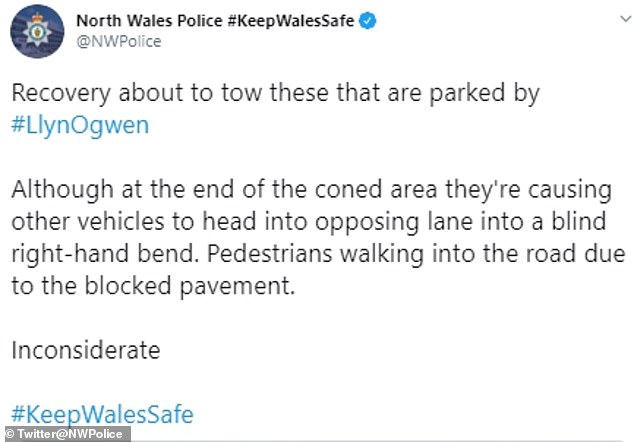 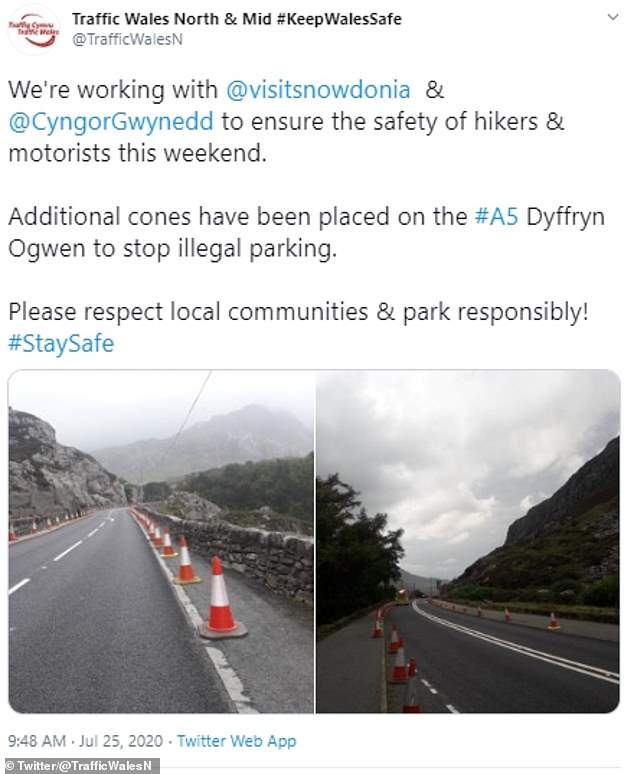 Two cars were towed away from Llyn Ogwen lake in Snowdonia at around 12.30pm for ‘inconsiderate’ parking.

‘Although at the end of the coned area they’re causing other vehicles to head into opposing lane into a blind right-hand bend.

‘Pedestrians walking into the road due to the blocked pavement. Inconsiderate.’ 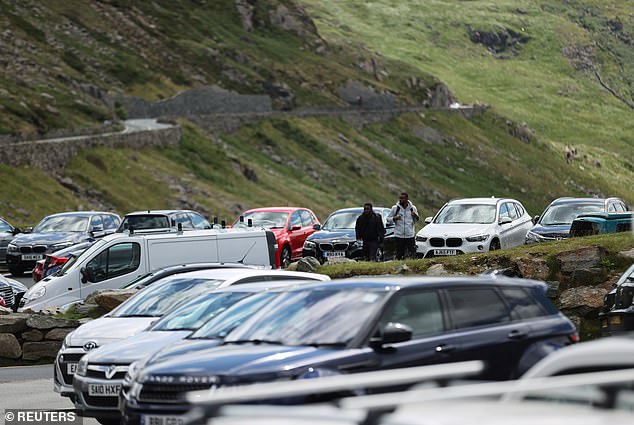 New measures have been put in place to avoid a repeat of last weekend’s parking chaos, with Councillor Dyfrig Siencyn, leader of Gwynedd Council, warning drivers not to endanger others yesterday.

He said: ‘The fact is that motorists like those who parked illegally at Pen-y-pass endanger the lives of other drivers, cyclists and pedestrians and cause serious access issues for emergency service vehicles, including mountain rescue volunteers.

‘We want people to be able to enjoy our stunning mountain ranges safely.

‘Those who ignore the message by parking illegally on the highway on Snowdonia’s mountain passes will face an on-the-spot fine or even being towed away by police.’ 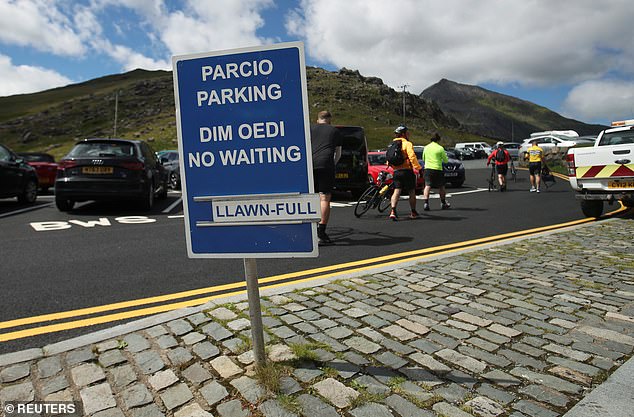 The Pen-y-Pass car park filled up on July 11, the first weekend since Snowdonia National Park reopened for visitors

Drivers have been told to use the Nant Peris, Llanberis and Pen-y-Gwryd car parks as well as local park and ride services, which have been increased.

Traffic Wales said: ‘Please plan ahead and don’t all travel to busy spots at the same time to avoid overcrowding whenever possible.’

Welsh Ambulance added: ‘If you are heading out to enjoy Welsh beauty spots this weekend, please plan ahead. 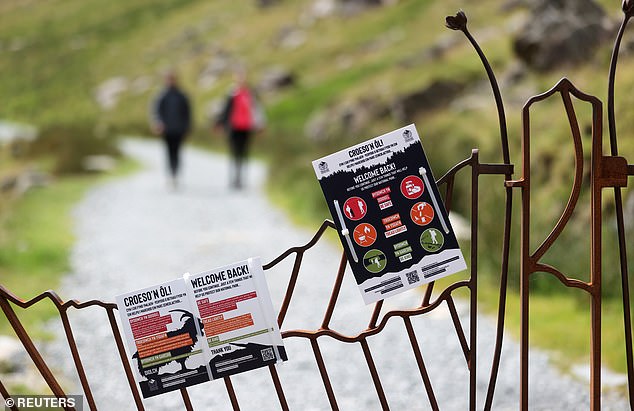 ‘Remember to park responsibly, legally and safely to avoid any disruption to emergency services who require access 24/7.’

The parking chaos comes after Snowdonia National Park was reopened on July 6 when the Welsh government axed its ‘stay local’ rule.

Wales’ national parks had been closed since March when the coronavirus lockdown came into place.

Visitors are asked to keep a two metre distance from others and be considerate of them, without congregating in groups and avoiding confined spaces and crowds.